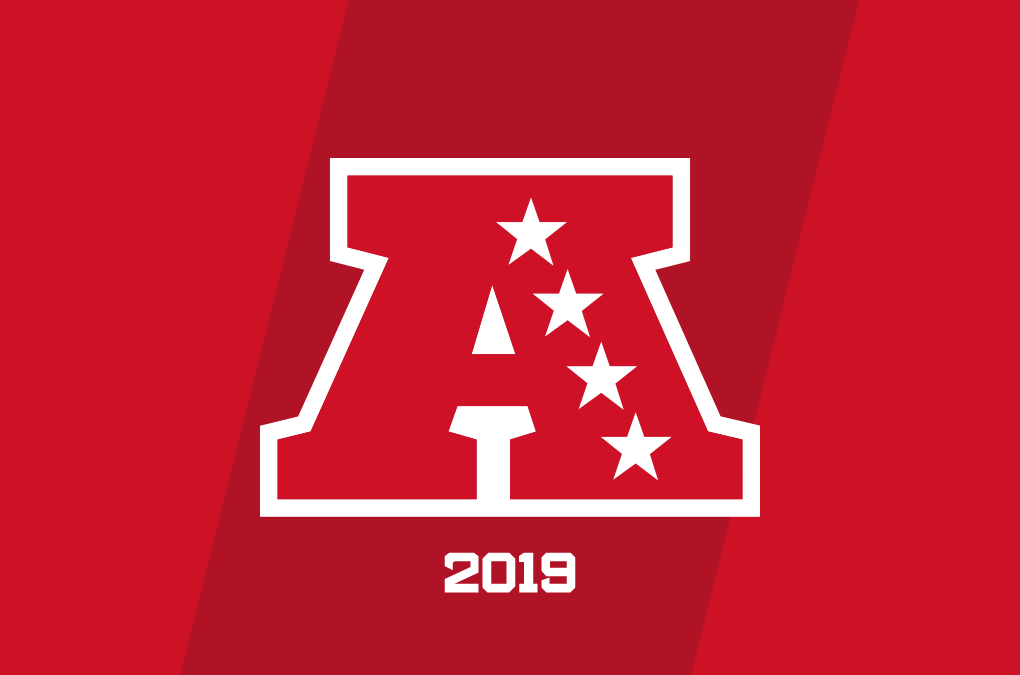 A Pre-Draft Offseason Update on the AFC Divisions

In the National Football League, March comes in like a lion and out like a pro-day analyzed lamb.

Since the official start of the 2019 season, much has changed around the league. Truthfully, the majority of the most consequential transactions were decided upon long before the football New Year (March 13th, 4 pm).

The draft, which takes place on April 25-27th, will begin to finalize prognosis of the various franchises’ upcoming season. Prior free agency decisions and impactful retirements can shed light on what the draft might hold.

Potentially the biggest offseason news this year was the retirement of tight end Rob Gronkowski. Conservatively, Gronkowski was the second-most important Patriot and the greatest TE in NFL history. Gronkowski’s retirement is the iceberg penetrating the S.S. Efficiency that could already be soon to dock. The answer to the question of Tom Brady’s success without Rob Gronkowski will define the AFC East and likely the conference in its entirety.

The Buffalo Bills’ signing of former Cowboys’ wide receiver Cole Beasley is impactful to Buffalo, but probably not to the division as a whole. A young QB’s best friend is a consistent tight end and a veteran slot receiver. The addition of Beasley will be a great help to Josh Allen, but will bow to the new and improved backfield. With the addition of Frank Gore, Buffalo’s running core will make NFL history.

The Dolphins signed a new quarterback in Ryan Fitzpatrick, along with a new coach in Brian Flores. It’s no secret that the Dolphins are beginning a rebuilding process that they were due for and the Jets have underway.

The Baltimore Ravens have a strong history of smashmouth defense and bruising backfields. That tradition continues in 2019 with the signings of Earl Thomas and Mark Ingram. Between the two, there are eight Pro Bowl selections. Acquiring Thomas further strengthens the first-ranked Baltimore defense of last year. Ingram provides a power back presence that can move the chains and alleviate Gus Edwards, a practice squad promotee.

Pittsburgh said goodbye to their not-so-favorite son, Antonio Brown. Brown is fourth in career receiving yards of active players with 11,207. The absence of Brown on the field likely means double coverage for JuJu Smith-Schuester and one less target for Ben Roethlisberger. However, Ben and JuJu’s on-the-field chemistry has resulted in production.

The black and gold signed unrestricted free agents Mark Barron and Steven Nelson. After ranking 16th in points allowed, the Steelers’ defense needed a reboot. Nelson’s secondary prowess and Barron’s presence in the box can do just that.

The two most consequential wide receiver trades in the last decade meant one departure and one arrival for the AFC North. As AB set out for Oakland, the New York Giants put Odell Beckham Jr on a plane across the Great Lakes to the city of Cleveland. In two seasons, the Browns went from the abominable motley crew to the Avengers. Every secondary in the AFC will need to be on notice.

Cincinnati’s offseason priority was to sure up what they already had. Locking in tight end Tyler Eifert was first on the front office checklist. In addition to resigning key players, the Bengals’ secondary added cornerback, B.W. Webb.

Both of Ohio’s professional teams also had a changing of the guard. The Bengals fired their long-time head coach Marvin Lewis, and the Browns replaced their interim HC. Zach Taylor and Freddie Kitchens will make their NFL head coaching debuts in Cincinnati and Cleveland, respectively.

Jacksonville went from a 17-10 third-quarter lead over the Patriots in the 2017 AFC Championship, to finishing 5-11 the next season. Step one in returning to AFC South glory was improving at the quarterback position. One terminated-contract and one $88 million contract later, Jacksonville replaced Blake Bortles with Nick Foles. Bortles’ 79.8 QBR, and 18.7 completions per game in 2018 – compared to Foles’ 96 QBR and 28.2 completions per game – is a stark improvement.

The Colts have their franchise QB, but were hurting for targets; only two receivers in 2018 caught for more than 500 yards. The signing of Devin Funchess (one year, $10 million contract) not only gives Andrew Luck another target, but creates some separation for Luck’s top target, T.Y. Hilton, as well.

The Texans used this offseason to revamp their defense signing Tashaun Gipson, Bradley Roby, and Briean Boddy-Calhoun. Last year, Houston averaged their second-largest margin of victory in franchise history over the course of a season. While their defense gave up the fourth-fewest points, they allowed a fair amount of yards. Defensive additions will help them keep pace with a strengthening Indianapolis.

In 2018, the Titans’ offensive line let up the tenth-most sacks in the NFL. After Rodger Saffold became an unrestricted free agent, Tennessee scooped him up. The guard inked a four year, $44 million contract with an additional $22.5 million in total guaranteed cash. Saffold’s addition will give QB Marcus Mariota more comfort and time in the pocket.

The offseason activity that most teams are enjoying has been a nightmare for Kansas City. After releasing Kareem Hunt, then trading away Dee Ford, the Chiefs may be forced to part ways with star receiver Tyreek Hill. In mid-March, the Kansas City Star reported that Hill was under investigation for child abuse. If Hill were to be released from the team, or be suspended by the league, Kansas City would be without three of their top ten players in AV from last season (Hunt, Ford, and Hill).

After the Bengals, the Chiefs’ secondary allowed the most passing yards per game in the 2018 season. The signing of Tyrann Mathieu, former safety for the Texans, will help lockup part of their opponents’ down-field.

LA’s most notable, but least immediately impactful signing was QB Tyrod Taylor. This marriage helps Taylor more than the Chargers. Taylor can grow under Phillip Rivers’ mentorship, however, he’s almost certainly not the QB of the franchise’s future.

Antonio Brown is an Oakland Raider. Optically, it couldn’t make more sense. Strategically, the jury is still out. Other than acquiring the best active wide receiver in the league, Oakland signed WR Tyrell Williams, OT Trent Brown, and offensive lineman Jordan Devey. Providing Derek Carr with reliable targets, as well as extra protection at the line, may prove key.

Protecting #Raiders QB Derek Carr is a priority for #Oakland this season pic.twitter.com/ToLgxWA1oX