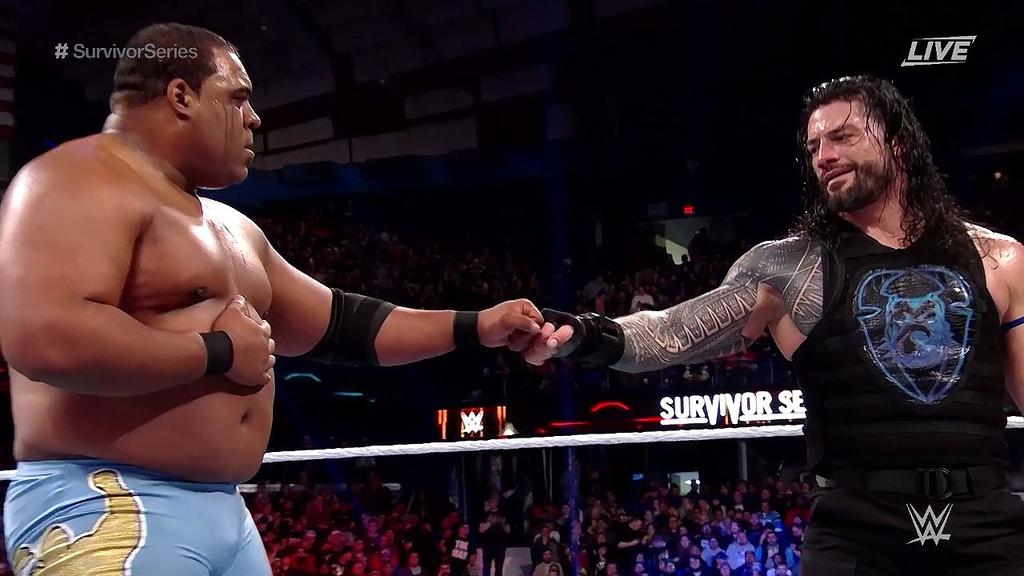 Keith Lee, a multi-champion in the Indy circuit, makes his presence felt in the WWE’s third brand: NXT; after signing with the company last year in May.

His Popularity is rising fast

Even though he is over 300 pounds, his in-ring skills are similar to the cruiserweights. It’s like WWE got a mixture of Dusty Rhodes, the Rock and Kofi Kingston in one body. With a 70% win and 30% loss in his one year time in the WWE/NXT; his future in the company is looking bright.

After the match, the Big Dog took to Twitter, saying:

If I’m being honest…..it was an absolute honor just to compete with everyone in that ring, from my own squad to the competition.

Came close….but not close enough. I look forward to the next meeting… https://t.co/SdvQvIjjyi

His Performance gets one of McMahon’s attention

Bryan Alvarez from Figure Four Online/The Wrestling Observer said it twice that a McMahon was a huge fan of Lee’s Survivor Series performance is: non-other than Chairman Vince McMahon.

So we won’t be seeing the last of KL on the main roster’s Pay Per View and possibly seeing him as one of the entrants in next year Royal Rumble and win it. Then heads on to Wrestlemania and beats Brock Lesnar for the WWE Heavyweight Championship title.

After KL stole the show at the Men’s Survivor Series match, fans are wondering how he will be pushed by the Chairman. Is he going to be treated like Dusty Rhodes back in the day or is he going to be pushed to the moon? Let’s just wait and see how WWE is going to use him after the main roster call-up.