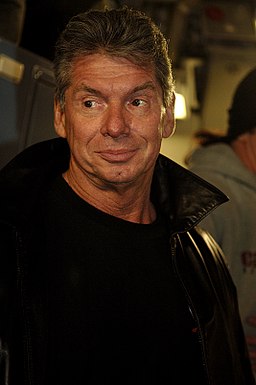 Investing in the Future

Vince McMahon and the WWE has always been focused on making money. Cash flow has been the driving force behind so many big decisions. Who gets a push? How do you allocate television time? When should the company invest in merchandise? Not to mention, when should someone be given an opportunity to carry the company’s championships?

WWE has seen the rise of so many characters since the formation of NXT that many have found their time on the main roster a challenge. These new talents face new dilemmas. How do you get yourself over? Are they going to use me properly? Is the creative team going to interpret my character the same way I envision it?

The reality of a career of a main roster WWE superstar coming from NXT is that they have to hope that whoever is in charge maintains whatever momentum they had during their NXT run. The organic crowd reactions can make or break a superstar’s debut. The frustrating truth, however, is that despite the perfect debut, crowd response, electric atmosphere, and everything going right, it can all come to a halt almost instantaneously.

Since the inception of NXT, the litany of talents who have been brought to the main roster and floundered is extensive. Bo Dallas, who reigned over NXT as the NXT Champion for 280 days was brought to the main roster to become a comedic mid-card bust. The 364-day reign over the tag team division by the Ascension resulted in being buried upon arriving on the main roster by the semi-retired New Age Outlaws. The list goes on and on. Tyler Breeze, Adam Rose, Shorty G, the Vaudevillians, and Apollo Crews all seemed to go virtually nowhere.

Past Performance Equals Future Results – NOT

Even those who have an extensive history before NXT has seen minimal notoriety after hitting the main roster. Even though they have seen some main event action, the trajectories of Bobby Roode, Samoa Joe, Elias, and the Authors of Pain would be considered somewhat of a flop. Does winning the inaugural WWE Universal Championship make Finn Balor a success? Not really despite many main event opportunities. Shinsuke Nakamura has been essentially wasted for the majority of his main roster time.

Who books this stuff?

Why does this happen? Who is booking such poor angles that these incredible workers cannot seem to get over? It must be creative. Unless it is something more basic than that. Vince McMahon is killing the NXT roster. Simply put, Vince McMahon can take anyone’s career and torpedo their future by frowning on their hair style. During an interview on “Prime Time with Sean Mooney” former WWE Superstar and current NWA talent Trevor Murdock recently claimed that Vince McMahon soured on his tag team with Lance Cade simply because “I hate your fake black hair” in reference to Lance Cade and “I hate your pasty white skin” in reference to Trevor Murdock.

It is happening again!

In recent months, Vince is at it again. Cedric Alexander, Andrade, Apollo (again), Bobby Lashley, Luke Harper, Finn Balor, and most recently Ricochet have all seemingly been relegated to lower card status. At least Balor was brought back to NXT to flourish. All of these talents are capable of putting on 5-star matches. For whatever reason, Vince gets to just flip a switch and kill off their push. Despite money being invested and stories drawing people in WWE has abruptly given anticlimactic finishes and apparent squashes to some of the most over talent in the company.

This one is unacceptable!

Now rumors have been swirling that Vince has shifted his focus away from one of the company’s most over superstars coming from NXT. With the WrestleMania Season in full swing, news broke that Vince McMahon has given up on pushing Shayna Baszler. After dominating the NXT Women’s Division for over a year, Baszler is poised to take her place on the main roster with a WrestleMania program on tap with “The Man” Becky Lynch who has also seen her screen time decreased in recent months. Raw could really benefit from the injection of Baszler into several top tier programs over the course of the year but that can’t happen if the old man doesn’t see stars in her eyes.

What do we need?

How can WWE fix this insane defamation of talent character? Is there time to fix the issue before talent starts to leave the company for greener pastures where they are used to their maximum talent level? The answer is YES with a catch. What it would take is for Vince McMahon to either suddenly come to his senses which seems highly unlikely or he needs to step aside and let someone who has a better grasp on what fans want to see take the reigns of the creative process.

That person is Triple H! Triple H has proven time and time again that he is a visionary who makes decisions that are well thought out and have the company’s long term interests in mind. However, until Vince McMahon realizes that he is killing the WWE talent pool, casual fans tune out more and more. Live event attendance sinks further. Venues do not sell out. Most of all, incredible talents continue to leave and go elsewhere.