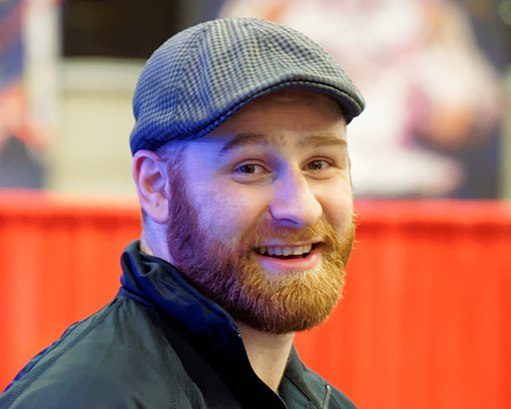 WWE and AEW with Fans?

First up on the Fro Wrestling Podcast is a discussion about whether WWE and AEW will begin to runs shows with fans in attendance. The governor of Florida has indicated that he has a plan to allow professional wrestling and other large sporting events to return to action with the implementation of a multi-step process. The key would be in the limiting of fan attendance. The current plan begins with a phase that calls for buildings allowing 25% of the seating capacity to attend live shows. This would allow for social distancing to remain in effect but would still allow for in-person viewing.

This could be a model that could be adopted in other areas provided no significant increase in COVID-19 cases results from potential exposure. Florida is not the only place looking at the wrestling world for some entertainment relief.

Oklahoma Next in Line?

The governor of Oklahoma has also jumped on the bandwagon. He has expressed a desire to bring Mixed Martial Arts and Professional Wrestling to Oklahoma. Though he did not cite how this would be done to respect social distancing guidelines, the Florida plan may provide a pathway to a bigger opportunity. Tune in to the Fro Wrestling Podcast to hear more discussion.

In related news, Sami Zayn has not been seen since WrestleMania 36 but it appears as though this is due to him remaining at home due to COVID-19 concerns. The current Intercontinental Champion has not been mentioned on Smackdown as of late and this seems to be related to his desire to remain home until things become more solidified. This is not all that dissimilar to Roman Reigns.

WWE continues to refuse to mention Roman Reigns on television even leaving him out of the most recent Make-A-Wish Foundation video. Though some have claimed that this illustrates a riff between Roman and Vince McMahon, it could simply be the reality of his own medical condition. Not only is Roman dealing with being a 2 time cancer survivor, but he has an extensive family that includes many members in the danger zone for COVID-19 concerns. It would be a poor business decision to discuss Reigns on TV not knowing how soon he will be returning. In addition, refusing to acknowledge him on television allows fans to distance themselves from his character so that when he does return, he gets a champion’s welcome. This could all be a great idea by WWE. Hear more by listening to the Fro Wrestling Podcast.

Cody Says No to Ryder and Slater

Cody Rhodes caused some controversy when he expressed a lack of desire to bring Zack Ryder or Heath Slater to AEW. With Slater, he was almost dismissive of his potential. With his well-documented relationship with Ryder, he made a claim comparing the hiring of Ryder to turning AEW into an All Friends Wrestling promotion. Though he would contradict this assertion later, it seemed to be a genuine comment when first spoken. Time will tell how this plays out.

Mick Foley is in the news as he feels strongly that Nancy Benoit, known as Woman in WCW and ECW, should be enshrined into the WWE Hall of Fame. Despite the horrific events at the end of her life, her contributions throughout her career more than make her a qualified candidate. Her inclusion could be a soothing ending to such a sad chapter in wrestling history.

No ROH in June

Ring of Honor has canceled all events through June, This will, no doubt, have an impact on other smaller promotions’ decisions to run or remain closed during the current pandemic.

WWE has come to terms on the release of Curtis Axel. This may seem like an obvious WWE cut but consider Axel’s perspective. He saw many talents released weeks ago only to feel as though his position was safe. Only now does he find out that he too is a cost-cutting casualty. This may turn out to be a great thing for him though. AEW, Impact Wrestling, or Ring of Honor would all be fantastic options for Curtis Axel. Perhaps now he will be allowed to demonstrate his true potential in the world of wrestling.

You can find the full episode of the Fro Wrestling Podcast at this link!

Make sure to leave your thoughts and comments below!