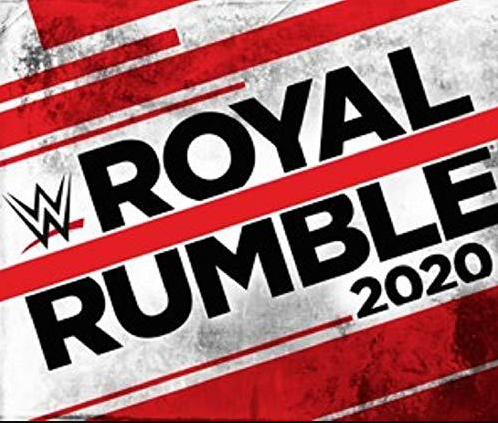 A fast and furious match that showcased Shorty G as a strong competitor. He put a good effort, almost securing the victory a few times, but fell to Sheamus at the end.

Carrillo came into the match looking for a win and some revenge. Andrade tried to take advantage early, but Carrillo fought him off and came with some brilliant offense. The finish would see Andrade pulled an upset roll-up.

Pure pandemonium, as their falls-count-anywhere match literally takes them around the field. They destroyed the Spanish, Chinese, and French Announce Tables. The Usos made the save against Bobby Roode and Dolph Ziggler. Reigns wins with a spear on top of the Astros‘ dugout.

WWE sends their condolences to the family of Kobe Bryant and those who died in the helicopter crash that happened early Sunday.

Starting off the match are Alexa Bliss and Bianca Belair.

Lana comes out at #5, she cuts a promo saying that she’s going to win the Rumble.

Liv Morgan comes out at #7 and immediately eliminates Lana. Lana hops up to knock Morgan off the top rope, eliminating Morgan.

Candace LaRae comes out at #9.

Alexa Bliss almost eliminated Mandy Rose, but Otis saved her, by having her land on top of him.

Sonya Deville comes in at #10.

Belair used Alexa Bliss to eliminate Nikki Cross. Otis saves Mandy, after Sonya accidentally hits her off the ring apron, then both get eliminated by Bianca Belair.

Tamina out at #14. Tamina eliminated by Belair.

Chelsea Green comes out at #16, immediately eliminates Dakota Kai, then gets eliminated by Alexa Bliss.

Bliss gets eliminated by Belair.

Charlotte Flair comes out at #17.

Naomi comes out to thunderous applause at #18.

Shotzi Blackheart is out at #26.

Naomi avoids elimination by landing on the ringside barrier. She makes her way to the Spanish Announce Table and tries to figure a way back into the ring.

Santina Marella comes out at #29. Eliminates herself after being surrounded by Natalya and Beth Phoenix.

Bayley goes on an aggressive offensive, controlling a good portion of the match. Evans gains some momentum, only for Bayley to take control again. Bayley wins after biting a boot up, as Evans went for a consult. Bayley wins with a handful of tights.

The match is a strap match and the action is fast and furious, as both competitors attempted to tear each other apart, but The Fiend takes control of the fight. He shows down the pace of the match, picking Bryan apart. Bryan took control, only for The Fiend to regain control, but Bryan fought back. He went to finish Fiend off, but Fiend hit a surprise Sister Abigail for a two count. Bryan tangles Fiend up in a Labelle Lock after he tried to submit him with a Mandible Claw. Bryan fought the second Mandible Claw attempt but was put down with a Mandible-claw slam. Fiend retains.

A fiercely competitive match, as Lynch is looking to very a measure of revenge on Asuka. Asuka has history on her side, after having beaten Lynch in the past. Both women hitting big moves on each other, getting several near falls. Lynch wins after locking in the Disarmher.

Backstage Promo – Street Profits do an introduction for the Men’s Royal Rumble match.

Booker T comes out as a guest commentator for the Rumble match.

Elias comes out playing the guitar. He is the #2 competitor. Elias insults Heyman in his song, prompting Lesnar to give chase outside the ring. He chases Elias back into the ring and attacks. He smashes the guitar across Elias’ back, then eliminates him.

Erick Rowan comes out with his cage at #3. Rowan’s eliminated via clothesline over the top.

John Morrison is out at #5. Morrison belly-to-bellied over the top and eliminated.

Kofi Kingston is out at #6. And he’s bringing the fight to Lesnar.

Rey Mysterio comes out at #7. Lesnar picks apart both Kingston and Mysterio.

Big E comes out at #8, rallying Mysterio and Kingston to jump Lesnar.

Cesaro comes out at #9. Cesaro eliminated by Lesnar.

Shelton Benjamin comes out at #10. Former tag partners pal around for a few and Benjamin ages to help Brock. Brock turns on Benjamin and eliminates him.

Keith Lee’s in at #13. Lee brings the fight to Lesnar and both knock each other down.

Braun Strowman comes in at #14. Strowman mows down Lesnar and Lee.

Lesnar fights back, takes Lee and Strowman to Suplex City.

Lesnar eliminates Lee and Strowman as they were fighting on the ropes.

Ricochet comes in at #15. Gets taken apart by Lesnar.

Drew McIntyre comes in at #16.

Lesnar eliminated by McIntyre via a Claymore, after a low blow by Ricochet.

The Miz comes in at #17. Miz eliminated by McIntyre.

Dolph Ziggler comes in at #19.

Edge makes a surprise appearance at #21.

Matt Riddle comes in at #23. Riddle eliminated by Corbin after beating everyone in the ring.

Randy Orton chines out at #25.

Aleister Black comes in at #28.

After essentially cleaning house in the ring, Joe and Owens have a “friendly” hockey fight in the middle of the ring.

Seth Rollins walks to the ring with Buddy Murphy and the AOP at #30.

Joe and Owens roll out the ring and brawl with the group.

Owens tosses Rollins out, but the AOP catch him, then help him eliminate Owens.

Joe, Owens and Black fight Murphy and the AOP back to the locker room.

Rollins eliminated by McIntyre after the four competitors beat Rollins up.

Edge eliminated by Reigns after Reigns kicks Edge’s hands loose while both were fighting on the ring apron.

2019 WWE Match Rankings
Drew McIntyre Deserves to be in the Main Event of Wrestlemania 36
%d bloggers like this: