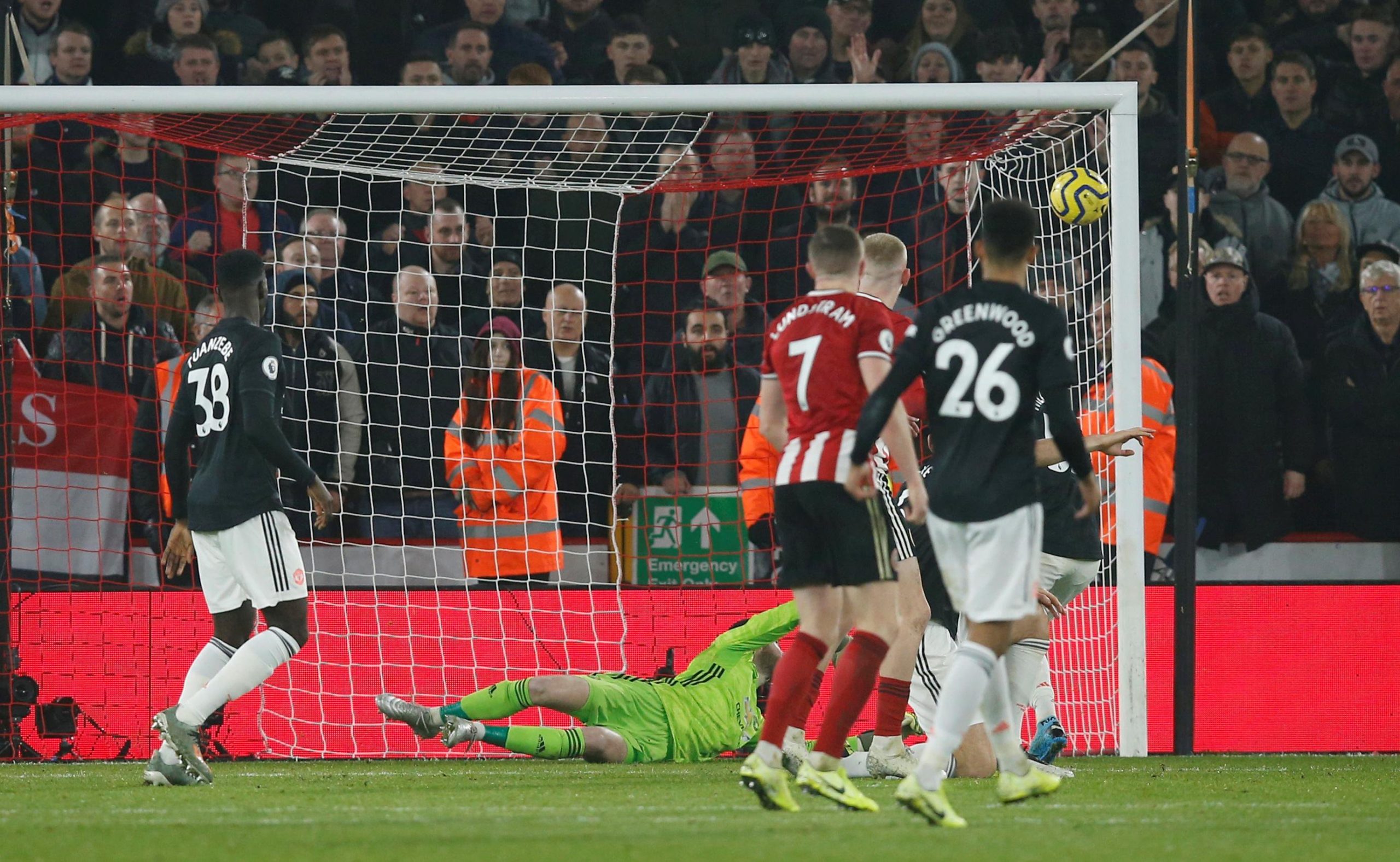 “You’re not the best United”, chants rang around the ground for 70 odd minutes from Sheffield United fans at Brammal lane today. And for them 70 minutes, the home fans weren’t wrong in chanting it.

United seem to live off their reputation as opposed to their commitment in these games against lesser opposition. And that was nearly punished very early on when David De Gea was forced into a brilliant double save. First denying Lundstrum from distance, then denying Mcgoldrick his first of the season from close. Typical De Gea. But also typical United.

Solskjaer deployed the 3 at the back again today. The decision probably triggered by Scott McTominay’s injury, leaving United light in midfield. The duo of Fred and Pereira started, or did they? Both lackluster throughout, although Fred was the better of the two.

United went 1 down to a route one goal. Debutant goalkeeper Simon Moore punted a long ball into the channel to Lys Mousset, who shrugged Phil Jones off the ball, before delivering into the box. Fleck scored after a brilliant David De Gea save.

Sheffield were 2-0 up early into the second half. A miscontrolled Andreas Pereira touch let Sheffield break against the United back 4. Mousset got away from Fred and curled the ball beautifully into the bottom right corner. 2-0. And the Blades were in dreamland.

Solskjaer knows a thing or two about scoring off the bench. The Norwegian scored 28 times as a substitute for Manchester United, and it was the substitute he made that got United back into the game.

Brandon Williams scored his first goal for United with a well taken right foot volley to half the deficit.

Marcus Rashford then delivered a splendid ball into no man’s land to a hungry Mason Greenwood who made it 2-2. The 18-year-old super sub.

Rashford made it 3 just minutes later, in what was a remarkable turn around for Ole’s men. But as always with this Manchester United team, they made it hard for themselves.

VAR you having a laugh?

Oli Mcburnie is the latest player to be on the good side of VAR. The Ex-Swansea man scored the equalizer at the death for the Blades, but not without its controversy. The ball does touch the striker’s arm, but the VAR officiates decided it didn’t infringe the goal. The official handball rule is that any handball that leads to a goal must be disallowed, but this one has stood? It’s another conundrum that VAR has caused in recent weeks. Another grey area they haven’t answered for.

Manchester United now sit ninth in the table, one point off Sheffield who sit sixth.

Manchester And Sheffield United In Thrilling Draw
Unai Emery: A Matter Of Time
%d bloggers like this: