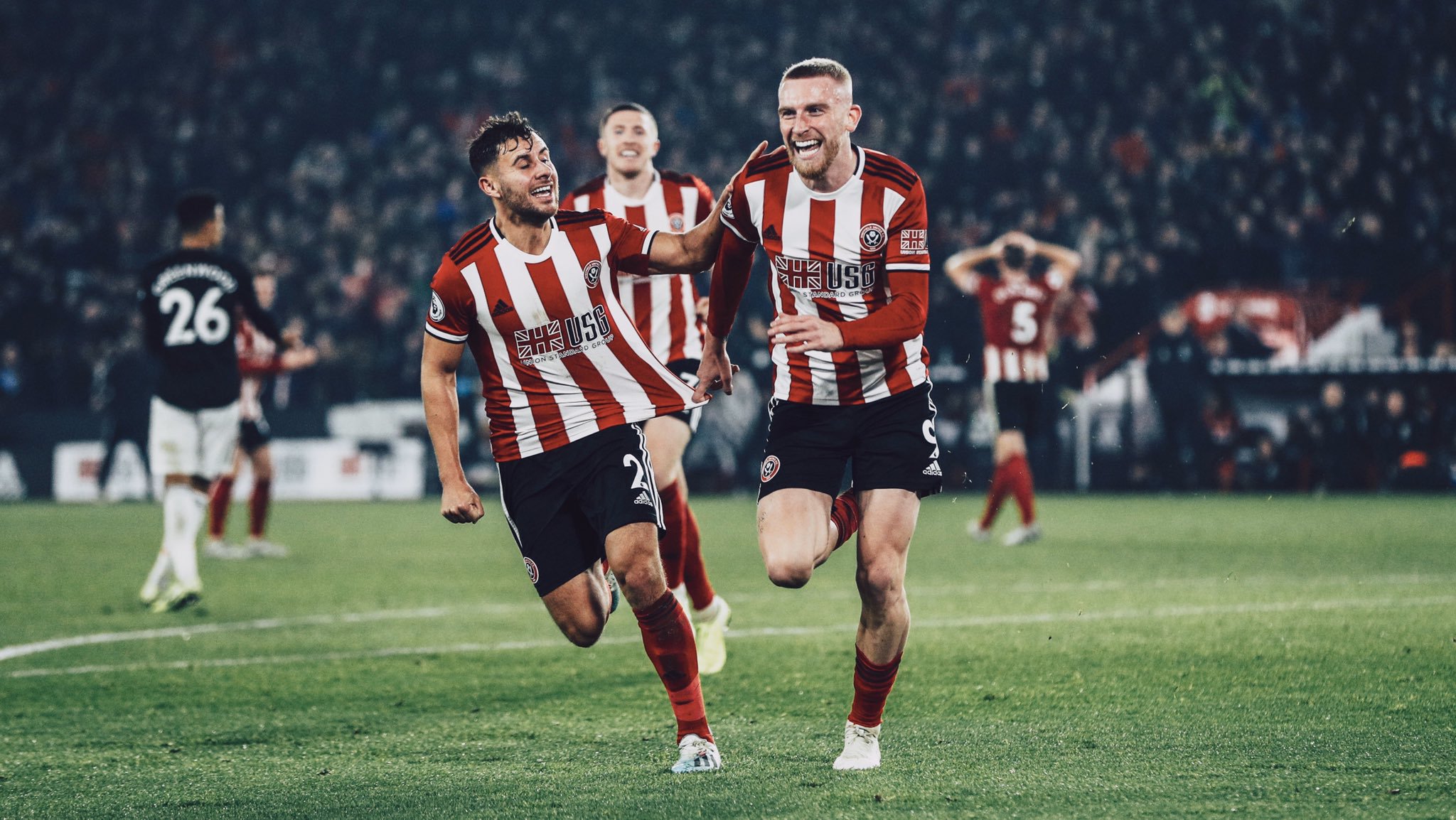 Manchester United and Sheffield United played out a pulsating draw at Bramall Lane.

Sheffield United were two up thanks to goals from John Fleck and Lys Mousset.

However, Manchester United fought back and goals from Brandon Williams, Mason Greenwood and Marcus Rashford in a eight minute spell put them in front.

But they were unable to hang on, as Oli McBurnie salvaged a point firing the ball past David De Gea late on.

A draw was probably the fair result. Sheffield United dominated for 70 minutes, as Manchester United struggled up front and in midfield.

However, they were sparked into life by that three goal blitz in just eight minutes and will be frustrated not to be able to hang on for all three points.

The result leaves them in ninth place and nine points off a top four spot. Meanwhile, Sheffield United are sixth and are now unbeaten in their last six Premier League games.

On 10 minutes, Sheffield United twice came close to opening the scoring but were twice denied by David De Gea in the Manchester United goal.

First, a cross by John Fleck found John Lundstram who’s well hit volley was parried away by De Gea. Then moments later, a cross into the box found David McGoldrick unmarked inside the penalty area. However, his header was brilliantly saved by the Spanish keeper.

Nine minutes later, Sheffield United weren’t to be denied as they took the lead. Great play by striker Lys Mousset who was too strong for Phil Jones. He cut it back to John Lundstram who’s shot was well saved by De Gea. However, midfielder John Fleck was quickest to react to the rebound and bundled the ball into the net.

Manchester United’s back three were struggling to cope with the physicality of Sheffield United’s strikers who were causing them all sorts of problems.

It took until 28 minutes before Manchester United finally had a shot on goal. Anthony Martial hit a low shot from just outside the box, which was comfortably saved by Simon Moore in the Sheffield United goal.

That proved to be the only shot on goal by Manchester United in what was an awful first half display.

Sheffield United got off to the best possible start to the second half and doubled their lead just six minutes after the break.

The French striker strode forward and then brilliantly curled the ball past David De Gea to double their advantage.

Manchester United pulled a goal back after 71 minutes. A cross from Daniel James found Brandon Williams at the back post. He fired the ball first time on the volley past Simon Moore in the Sheffield United goal.

Then just six minutes later, Manchester United were level. Marcus Rashford played a brilliant cross into the box, which found substitute Mason Greenwood who tapped the ball into the net.

Incredibly, Manchester United were in front after 79 minutes. Anthony Martial and Daniel James played a neat one two. The Welshman then cut the ball back to Marcus Rashford who fired the ball past Moore.

The Old Trafford side amazingly scored three goals in just eight minutes to completely turn the game on its head.

Then in stoppage time Sheffield United equalized. A ball into the box found substitute Oli McBurnie who fired the ball past David De Gea.

Manchester United pushed for a late winner but couldn’t find it, as both sides had to settle for a share of the spoils.

Next up for the Old Trafford side is a trip to Kazakhstan to face Astana in the Europa League.

Meanwhile, Sheffield United are away to Wolves in the Premier League next Sunday.