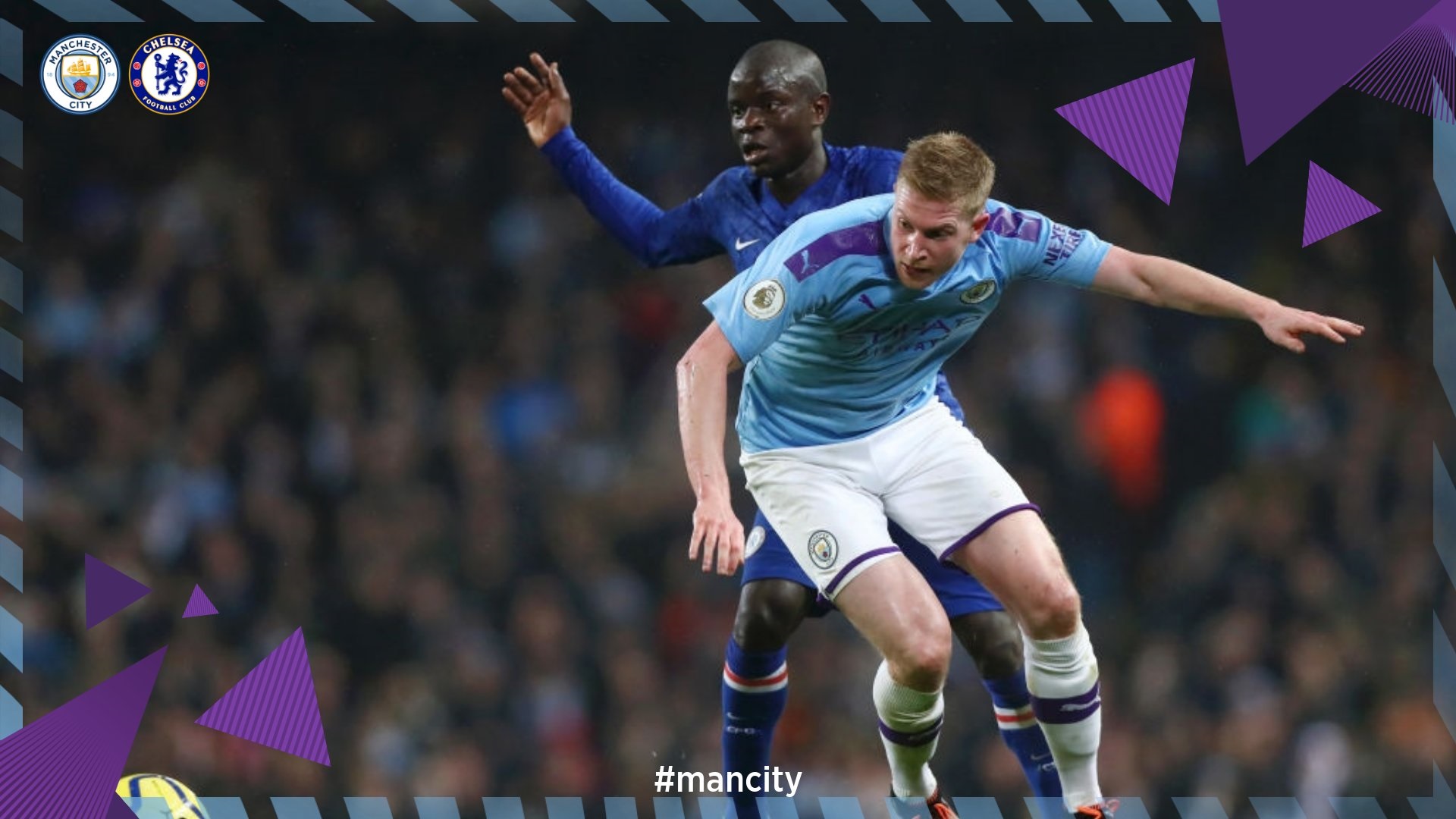 Champions Man City edged past Chelsea in a bid to keep pace with leaders Liverpool. Pep Guardiola’s side find themselves in a rather tight spot as the margin for error keeps getting slimmer. Chelsea under Frank Lampard have been on a remarkable resurgence in the past few months and promised a stern test. And they lived up to that promise for the first half an hour. The midfield trio of Jorginho-Kovacic-Kante caused City real problems. Eventually Chelsea drew first blood through Kante as he slid a finish past Ederson from a wonderful Kovacic long ball.

But just 8 minutes later, Kevin De Bruyne beat Jorginho on the edge of the box before striking a left footed shot that deflected into the net. The equalizer proved monumental as City shifted up a gear and bossed the game. In the 37th minute, Riyad Mahrez gave City the lead with a superb run from the right flank, cutting inside, ghosting past 2 defenders and finishing with aplomb.

From then on it was a rather cagey affair for the champions but they managed to stick it out and grab the three points. However there was a bit of bad news as Sergio Aguero limped off in the 77th minute with an injury. Cause for concern if you’re Pep Guardiola.

Chelsea perhaps deserved to get something more out of the game for their showing. But the away side can return with the knowledge that they put in a decent performance. City now remain 9 points behind leaders Liverpool. In a title race that is tantalizingly in Liverpool’s favour, City must do all they can to retain their crown.

VAR at it Again

This game was once again not free from VAR controversy. City had a late Raheem Sterling goal ruled out by VAR for a marginal offside. A decision that would have infuriated the home fans had it ended up cost them the win. Which once again raises the question; is VAR being implemented adequately. There seems to be a lot of ambiguity at the moment. There need to be improvements and soon.

Gabigol Wins The Copa Libertadores For Flamengo
Manchester And Sheffield United In Thrilling Draw
%d bloggers like this: