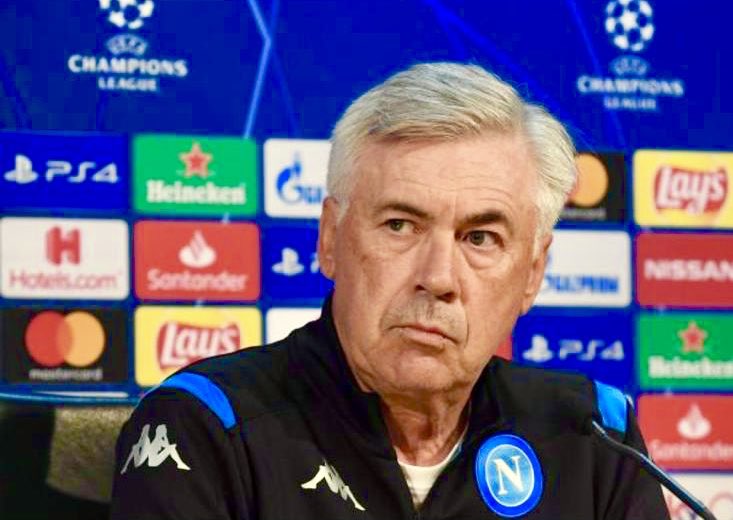 Alas. The beginning of the most coveted European club competition is upon us. The FIFA higher ups have blessed us with some cracking games. Liverpool clash with Napoli, PSG face Real Madrid, Barcelona travel to Dortmund, and Atletico Madrid play Juventus all in the first Champions League matchweek. With the quality in these matches they could easily be mistaken for semifinal matches, when in actuality this is just the start of the tournament.

Group E, which consists of Genk, Liverpool, Napoli, and RB Salzburg will be no walk in the park. Therefore, getting points on the board early will imperative. One of the talking points of Group E is Napoli’s opportunity for revenge.

Liverpool lifted the trophy after last years Champions League, but they got off to a shaky start. They squeaked through the group stage despite losing all three of their away matches, including at the San Paolo. However, in the final match of the group stage Liverpool came away 1-0 winners against Napoli. The Reds sealed their place in the knockout stage while knocking Carlo Ancelotti’s men down to the Europa League.

Liverpool have gotten off to a flying in the Premier League winning their opening 5 matches. They find themselves 5 points clear at the top of the table after some shocking results have shaken up the league.

Napoli has been a little slow out of the gate this season. They find themselves 4th in Serie A after a heartbreaking defeat to rival Juventus. They have had no trouble finding the back of the net but have had difficulties defensively.

Liverpool are still without their number one. Goalkeeper Alisson Becker is still in the recovery stage from a calf injury he suffered in the opening match of the Premier League. Therefore, Adrián will continue his run in the squad as he makes his Champions League debut.

Divock Origi suffered a minor ankle injury against Newcastle United over the weekend. The striker started in place of Firmino and had to be substituted late in the first half. As a result, he will miss the match in Italy in order to recover. The Belgian was vital to their Champions League success last season, so he will surely be missed.

Scottish left back Andy Robertson did not train on Monday as a precaution. He suffered a knock at the weekend and will go through fitness assessments prior to the match to determine whether he is healthy enough to play.

Napoli are doing much better in the injury department. Arkadiusz Milik and Elseid Hysaj are the only two players currently listed as unfit for the Italians. Polish striker Milik is working his way back from a groin injury. He has not played in the Serie A yet this season.

Meanwhile, Hysaj is listed as having an unspecified muscle injury. The injury was likely suffered during the international break where he played twice for Albania. The severity of the injuries for both players has not been reported. Therefore, their statuses for Tuesday’s match is not known.

Liverpool and Napoli have only faced off competitively 4 times in their long histories. Liverpool have won twice and Napoli have came out on top once, while the fourth match was played out as a draw.

Goals have not been the most abundant in their previous clashes. Only 6 goals have been scored and 4 of them were scored in one match, a group stage match in the 2010-11 Europa League.

In the two group stage matches from last year’s competition, both games ended 1-0 to the home team. However, both teams have struggled to keep clean sheets so far this season. In 3 Serie A matches, Napoli have conceded 7 goals and kept 1 clean sheet. In 5 matches in the Premier League, Liverpool have only managed one clean sheet while conceding 4 goals.

Prediction & Line-Ups For Liverpool vs Napoli

These two clubs will be quite familiar with one another. They played two very tense matches this time last year and both will feel like things should have gone differently.

Napoli should go for experience at the back against a tricky Liverpool attack. Koulibaly and Manolas will be their best options to keep that attacking trio quiet.

In attack, Napoli should include the usual suspects, Mertens, Insigne, and Callejon. Those three have played together for 6 years and have the attacking chemistry needed to pick apart defenses.

Hirving Lozano is a whole different entity. He was signed from PSV Eindhoven this summer and should certainly get some playing time. With the status of Arkadiusz Milik mostly unknown, he may get an opportunity to play behind Mertens. Although, their attack will be lacking in height, speed will be the biggest threat.

Provided Robertson is healthy, it should be a pretty typical Liverpool lineup. Firmino, Henderson, and Milner all started on the bench during the weekend, so presumably they will get the nod on Tuesday.

Henderson and Milner add experience and leadership in the midfield which was key to their success last year. Firmino is the glue for this team and will work his socks off as usual.

As usual the front three will be a danger on the counter attack and Napoli will be well aware of that. Both teams have had little issue scoring this year but have had some defensive issues. Napoli will want revenge but a confident, in-form Liverpool team will ultimately be too much.

Watford Fight Back To Secure A Point Against Arsenal
UCL: Borussia Dortmund vs Barcelona Preview
%d bloggers like this: