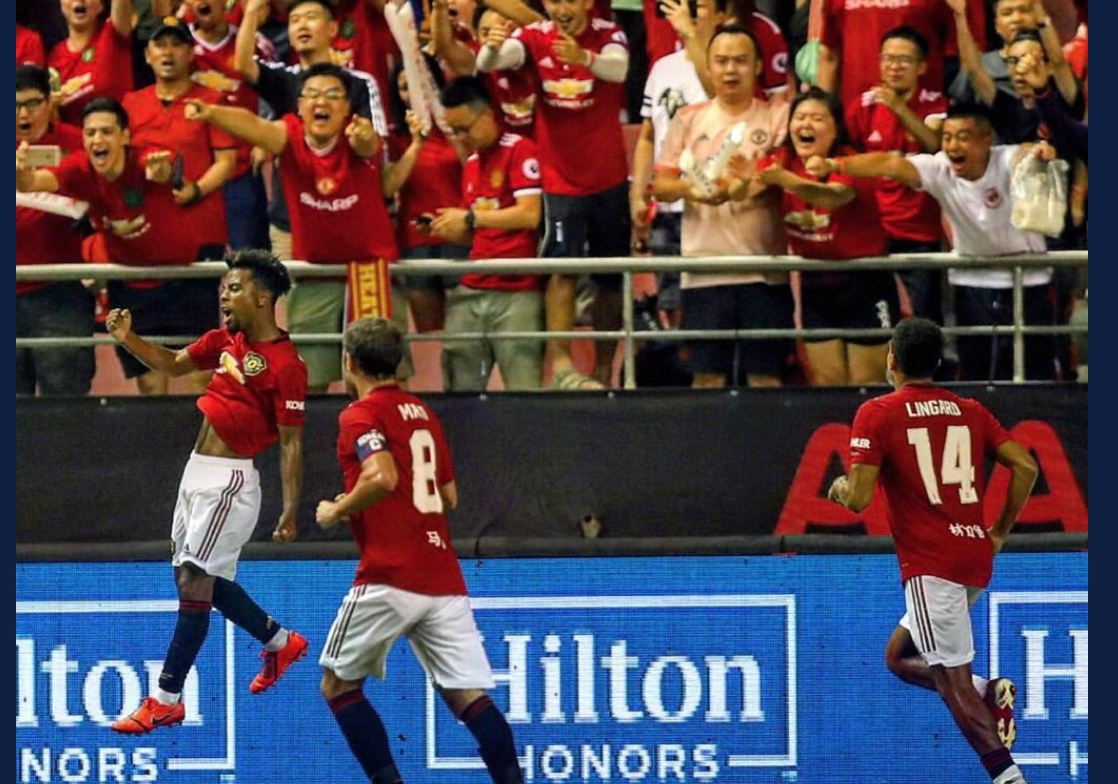 One of the biggest things that has caught the eye during Manchester United’s pre-season is the impressive performances of their academy players.

Incredibly, Manchester United academy players have been involved in scoring or assisting every goal so far in pre-season.

As many as six could be involved on the opening day of the Premier League season against Chelsea.

One of the big criticisms, since Sir Alex Ferguson left in 2012 was United had forgotten it’s values of developing young players from its academy.

Instead they splashed out large sums of money on established players, none of which have helped United reach success  both domestically and in Europe.

With Ole Gunnar Solskjaer now at the helm that appears to be changing.

One of the foundations of Manchester United has been developing young players from their academy and turning them into star players.

From the Busby Babes in the 1940s and 50s to the Class of 92, developing academy players has been a big part of the fabric of the club.

With the likes of Ryan Giggs, David Beckham and Paul Scholes, the class of 92 helped Manchester United have the most successful season in the club’s history.

They played a key role in helping United win the treble and become the first and only English side to win the Champions League, Premier League and FA Cup in the one season.

It will be hard for the current crop of youngsters to emulate what the class of 92 did.

However, it is great to see them getting the chance to show what they can do.

One of the stand out young academy players has been Mason Greenwood.

The 17-year-old curled a brilliant winner against Inter and could be in line for a start against Chelsea.

A front three of Greenwood, Anthony Martial and another academy graduate Marcus Rashford would be very interesting to see.

Another academy graduate set for a big role this season is midfielder Scott McTominay.

The Scot is a big game player and impressed against PSG in the Champions League last season.

There are many similarities between McTominay and fellow Scot Darren Fletcher. Both came through the academy and both play incredibly well in the big games.

McTominay is set to start more games this season and is undoubtedly a better option than an ageing Nemanja Matic.

Two other academy players who have a big future are midfielders Tahith Chong and Angel Gomes.

Chong in particular excited the Old Trafford when he played on the few occasions last season. Both players have great talent and should feature throughout the campaign.

It will be interesting to see how many academy graduates start against Chelsea. Also, It is refreshing to see Solskjaer put his faith in young players.

After the pre-season last year where Jose Mourinho complained about everything. There appears to be more optimism around Old Trafford this time around.

Fans always like to see home grown players come through and the Norwegian putting his faith in them will endear him to the fans.

It may also be the beginning of getting the club back to the top in England and Europe.