The Next Great Dynasty? Or the Same Old Cleveland Browns? 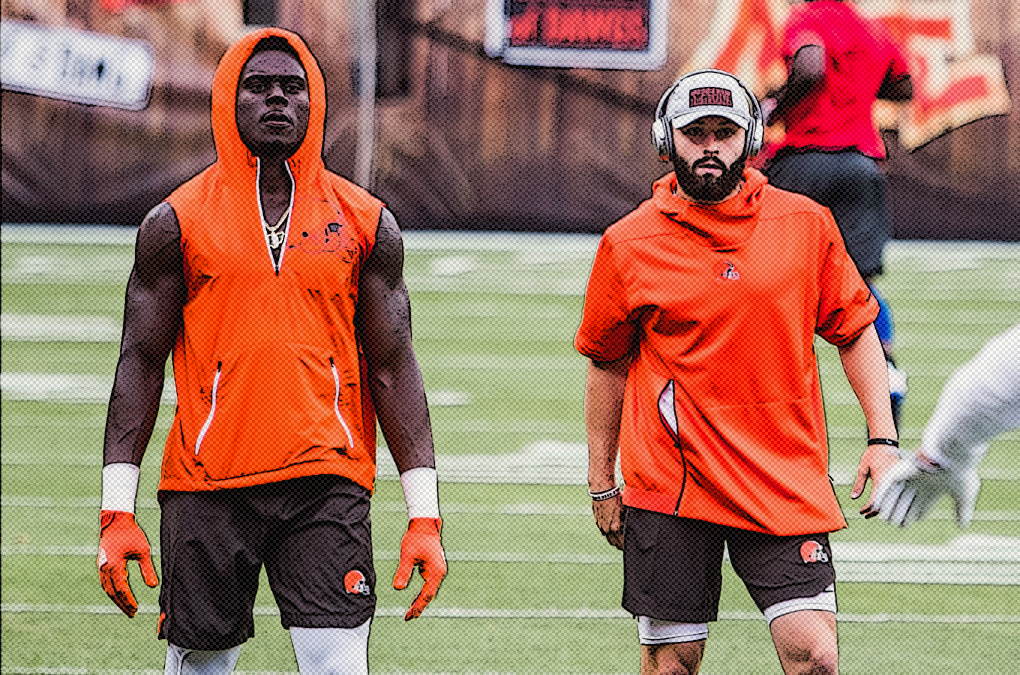 The year of 2016 saw Cleveland bring a professional championship back to the city. After a long-lived drought, the organization finally won it all! Now, imagine the Cleveland Browns being that franchise.

While the Cleveland Cavaliers knocked off one of the NBA’s most dominant dynasties of all time in 2016, the Browns began a historically abysmal two-year period. The Browns managed only one victory through the 2016 and 2017 NFL seasons. Now, just two years later, newly acquired star receiver Odell Beckham Jr. has big ideas for the franchise.

In fact, the receiver declared that he hopes to turn the Browns into the new Patriots. The comments got so much reaction that Beckham had to clarify them. No matter the intent, the question remains: can Cleveland make a shift and become the NFL’s next dynasty?

Cleveland entered the 2019 NFL offseason with a squad that’s already proven that it can be competitive. The Browns won seven games in 2018, something they’ve only done twice since 2007. Additionally, five of Cleveland’s losses (or ties) were decided by three points or less.

NFL fans galore are high on the Browns and have huge expectations for the roster. However, seven wins won’t bring home a Lombardi. So what has people so high on the 2019 Cleveland Browns?

The Browns have been notorious in their history for failing to find success with early draft picks (especially quarterbacks). Yet all that finally came to an end when the franchise drafted Oklahoma quarterback Baker Mayfield first overall in 2018. The Browns’ quarterback has already etched his name into the record books, breaking Peyton Manning and Russell Wilson’s rookie passing touchdown records. More impressively, Baker did this in only 13 games as a starter.

Rookie running back Nick Chubb and wide receiver Antonio Callaway both provided huge upside to the Cleveland offense. The dynamic weapons combined for 1,582 total yards from scrimmage in 2018. Additionally, rookie cornerback Denzel Ward has showcased all the skills necessary to be a franchise cornerback. The addition of LSU cornerback Greedy Williams in the 2019 NFL Draft looks to provide the ‘Robin’ to Ward’s ‘Batman.’ Let’s not forget Genard Avery, either. The stud fifth round linebacker caps off this flawless draft class.

Draft success isn’t anything new for the Browns. They’ve already gotten production out of safety Jabril Peppers (provided leverage for the Odell Beckham trade), tenacious defensive end Myles Garrett, uber-athletic tight end David Njoku, and star linebacker Joe Schobert. Each of these pieces came from the 2016 and 2017 draft classes. While the Browns have been very successful in the draft, the roster has also been fortified through other means.

The Cleveland Browns have made tons of moves recently in an effort to better the team. However, none proved more controversial than the signing of Pro Bowl running back Kareem Hunt. Hunt had emerged in the national spotlight after a video was released of Hunt attacking a woman in a February hotel incident. The consensus was that no team would pick up Hunt and that he would never play in the NFL again.

Luckily for Hunt, his relationship with Cleveland GM John Dorsey led to the team making a gutsy call and picking up the disgraced back. The move will provide the Browns’ backfield with a powerful one-two punch once Hunt becomes eligible to play again. Suspended through the first eight games of the season for violating the NFL’s personal conduct policy, Hunt will return in time for Cleveland’s Week 10 matchup against the Buffalo Bills.

The Browns also made a series of trades to acquire the enigmatic former-LSU receiver tandem of Odell Beckham Jr. and Jarvis Landry. The acquisitions cost the Browns a collection of first, third, fourth, and seventh round draft picks in total.

The team also lost budding star Jabril Peppers as a result of the trades. However, the moves now leave the Browns with one of the most intriguing offenses in the NFL.

The Cleveland Browns have built a talented roster that surely looks tough on paper. However, the reality is that it will be extremely difficult for the Browns to win a Super Bowl, let alone become a dynasty. All roads lead to the Browns being a huge disappointment if the expectations from fans are the immediate emergence of a dynasty. Here are the reasons why the Browns will not meet these lofty expectations.

The Team is Young

The Cleveland Browns will have one hell of a roster in Madden, that’s for sure! However, let’s take an objective look at some of the struggles this team could face. Cleveland’s stockpiling of talent can be looked at in the same light as the 2018 Los Angeles Rams. The Rams were dominant on the gridiron and it ultimately (+/- one bad call) led them to Super Bowl LIII.

However, L.A.’s inexperience showed against the New England Patriots on football’s biggest stage. The high-powered Rams offense managed only three points in the Super Bowl. The Browns are likely to face a similar fate, as the lack of veteran presence will plague the team even if they can first position themselves to make a deep playoff run.

The Team Will Struggle with Talent Retention

One of the Cleveland Browns’ most prized possessions is defensive end Myles Garrett and his rookie contract. Garrett’s production – relative to his contract value – makes him one of the most valuable assets in the NFL today. In two years, however, the defensive end will be due for a lucrative new contract.

In fact, Garrett’s extension will likely make him the highest paid defensive end in the league. This could easily put the Browns in a situation similar to what Houston is facing with Jadeveon Clowney. The franchise would be forced to franchise tag the defensive end in order to delay a huge contract, which may ultimately lead to his departure.

Kareem Hunt likely leaves after this season as well, a decision that can vary in impact contingent on Hunt’s role in the offense in 2019. Pro Bowl defensive end Olivier Vernon has two years left on his deal, making him an unrestricted free agent in 2021 unless the team wants to shell out another huge contract.

Perhaps most important of all, Pro Bowl linebacker Joe Schobert is in a contract year. This is the final season of his 4-year, $3 million deal. Schobert will receive a contract that is going to break the bank — and, with the drafting of Alabama middle linebacker Mack Wilson, the Browns have the option of letting Schobert go.

While the Browns will show themselves to be a tough team to beat going forward, emerging as a true dynasty doesn’t seem to be on the cards for the “Dawg Pound.”

Why Jon Gruden is a… Genius? Post-Draft Outlook of the 2019 Oakland Raiders
Jimmy G is Back!
%d bloggers like this: