Why Jon Gruden is a… Genius? Post-Draft Outlook of the 2019 Oakland Raiders 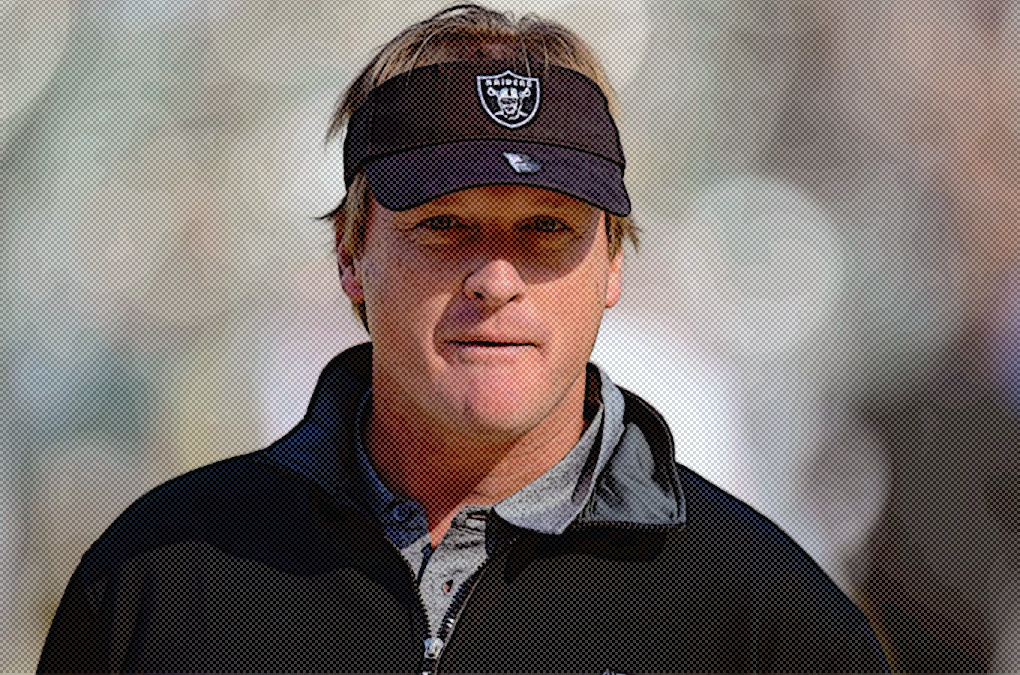 Optimism flows in the thick of the Oakland air as head coach Jon Gruden and the Oakland Raiders prepare for year two. Over 470 days ago, the organization officially announced that Gruden was returning to the Bay Area to once again coach the Silver and Black. Oakland managed to poach the then-ESPN analyst from the network for the not-so-cheap price of $100 million. Raiders personnel expect the move to bring a winning culture back to the organization.

Yet the 2018 season wasn’t very friendly to the Ohio native. While Jon’s brother, Jay Gruden, gained social media notoriety two seasons ago for his successful diet, Jon struggled to stay away from the daily dose of humble pie in 2018. Gruden’s first year as head coach saw the following come into fruition: Oakland trading their top offensive and defensive threats, a nightmarish season producing a 4-12 record, and the firing of GM Reggie McKenzie, just two years removed from being named NFL executive of the year. On the surface, 2018 seems like a chaotic year for the Raiders organization. However, the intentionality that Gruden has made decisions with hasn’t gone unnoticed.

The Silver (And Black) Lining

It comes down to this: if the Raiders success in 2018 is judged based on the effects their transactions had on only the 2018 season, then the season was a failure. On the contrary, the decisions made by Gruden in his first year with the organization open a plethora of doors for the future. Retaining star players is a hallmark of winning teams, but, as coach Jimmy Johnson discovered, parting ways with a star can start a dynasty. For instance, let’s take the Khalil Mack trade.

Coming off of his third straight NFL season with at least 10 sacks, Mack established himself as a force to be reckoned with in Oakland. Unfortunately for the Raiders, Mack’s contract demands became far too substantial for the Raiders’ comfort. Ultimately, this led to the team making the trade with Chicago. Presuming that the Raiders didn’t have the capital to pay Mack, the argument becomes less about if the Raiders won the trade and more about if they got the best haul they possibly could for a player of Mack’s stature. The trade more-or-less evens out to the Raiders receiving two 1st-rounders for Mack. Having production come from these picks will be crucial for Gruden and company.

A lack of desire to shell out a huge contract also led to star wide receiver Amari Cooper being traded. After the 2018 season, Oakland would’ve been left with two choices: pay the $13.9 million fifth-year option, or give Cooper a new contract. Instead, Oakland found a trade partner in the Dallas Cowboys, who were willing to hand over a first round pick for Cooper. No matter the public scrutiny of the trades, the moves left Oakland with three first-rounders and an opportunity to revitalize the roster.

If there were any doubts that coach John Gruden and GM Mike Mayock were looking to drastically change the roster approaching the 2019 season, the free agency period quickly quelled them. Oakland’s first transaction shocked the entire league. A team that seemed headed towards another year of tanking acquired All-Pro receiver Antonio Brown from the Pittsburgh Steelers for two 2019 draft picks (third and fifth rounders). The huge Brown acquisition was just the beginning for Oakland.

Oakland showed intentionality with their moves in free agency. Next, Oakland eyed the 2019 NFL Draft to bolster the roster. With three first-round picks at their disposal, Oakland had all the draft capital they needed to be huge winners on the stage in Nashville.

The Oakland Raiders made waves early in the 2019 NFL Draft, shocking the entire league with their fourth overall pick. While highly touted prospects Josh Allen and Devin White were still on the board, Oakland elected to take Clelin Ferrell. Although the Clemson defensive end was picked rather early compared to draft projections, the Raiders grabbed a high character kid with great college production.

After skipping out on one Josh earlier in the draft, Oakland was certain not to make that mistake again. With their 24th overall pick, courtesy of the Chicago Bears, Oakland selected Alabama running back Josh Jacobs. With Oakland acquiring sixth-year running back Isaiah Crowell in the draft, Jacobs was brought in to add additional depth to the backfield. However, with Crowell suffering a season-ending injury on May 1st, Jacobs will be in line for a large workload in 2019.

The last Oakland pick of the first-round gave the Raiders depth on the back-end of the defense. Oakland selected Mississippi State safety Johnathan Abram at 27th overall. According to NFL Network analyst Daniel Jeremiah, Abram is the best safety in the entire draft class. Abram will be a dangerous chess piece in this new-look Raiders defense. Expect Oakland to use him in the box, as well as deploy him in space.

In addition to holding three first-round picks, Oakland also held an early second-rounder. With that pick, Oakland continued where they left off, addressing the secondary once again. At 40th overall, Oakland nabbed their second (but not last) Clemson prospect in cornerback Trayvon Mullen. Mullen will be a plug-and-play type of guy that provides cornerback depth.

On the offensive side of the ball, Oakland grabbed LSU tight end Foster Moreau (fourth round) and Clemson wide receiver Hunter Renfrow (fifth round). Moreau fills the role of the blocking tight end that Oakland needs. Oakland’s third Clemson draftee, Hunter Renfrow, will immediately compete for the slot receiver position. While Renfrow is undersized, he’s made big plays on the biggest stages for Clemson. Expect the former high school quarterback to do the same in Oakland.

Coach Jon Gruden and the Oakland Raiders look to field a completely different team in 2019. The Raiders showcase a completely different arsenal of talent offensively. That talent pool includes four receivers who will be vying for targets and a new feature back. From solidified wideouts Antonio Brown and the 6′ 4” Tyrell Williams to burner J.J. Nelson and rookie Hunter Renfrow, the wide receiver room is crowded. Throw in three-down back Josh Jacobs, and Pro Bowl quarterback Derek Carr has all the weapons he needs to be a field general in 2019.

Defensively, Oakland missed the presence of Khalil Mack in 2018. The ball club posted an abysmal 13 sacks in 2018, just a half sack more than Mack posted on his own. Oakland addressed this in a multitude of ways, bolstering the defense with new signings and, notably, using their fourth overall draft pick on defensive end Clelin Ferrell. The acquisitions of linebackers Brandon Marshall and Vontaze Burfict also provide experience and production to one of Oakland’s weakest position groups.

Addressing the back-end on defense, Oakland signed nickel cornerback Nevin Lawson, though mainly looked to the draft for reinforcements. In the first and second rounds, respectively, the Raiders drafted safety Johnathan Abram and cornerback Trayvon Mullen.

Jon Gruden approaches year two with a bevy of talent that has the ability to win games. It goes without saying that general manager Mike Mayock had a huge hand in talent acquisition as well. The GM-coach combination has as much knowledge of scouting talent as any tandem in the league. If Gruden can get all of his pieces on the same page, his first year in Oakland will be looked at as a vital point in the rebuild of the organization rather than a disaster.

Football 101: The Two-Point Conversion
The Next Great Dynasty? Or the Same Old Cleveland Browns?
%d bloggers like this: