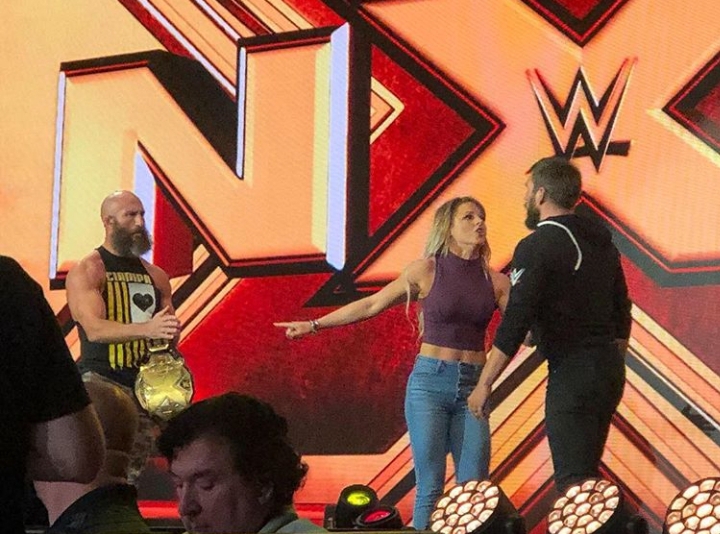 The Velveteen Dream opens the show by heading down to the ring. Dream says he has a sparkle in his eye tonight for championship gold. He says, to be specific, the NXT North American Championship.

Adam Cole BAY BAY and Bobby Fish interrupt. Cole says that 2019 is the year of the Undisputed Era. He says that after Strong and O’Reily retain the Tag Team titles, he and Fish will capture gold as well. Fish adds on again that 2019 will be Undisputed Era’s year.

Dream says he will dispute that claim. Fish and Cole rush the ring. Dream fights them off and retreats up the ramp.

One on One Match: Velveteen Dream vs Bobby Fish

Rick O’Shea takes to the ring. He calls Johnny Gargano a coward for attacking him from behind. He says that 2019 Johnny is the exact same as 2018 Johnny. Ricochet says he is something Johnny is not; A champion.

Johnny Wrestling himself walks out. He says O’Shea is just trying to use his emotions against him. Gargano says he has a plan. The two brawl in the ring. Tommaso Ciampa attacks Ricochet from behind with his title belt. Aleister Black rushes the ring, but gets beaten down by Gargano and Ciampa.

Johnny and Tommaso are about to shake hands on the stage, but Candice Lerae runs out to stop him. Candice ushers Johnny to the back while Tommaso watches on, looking about as embarrassed for Johnny as the rest of us are.

Super Kick Parties are the best kind of parties…