The Los Angeles Chargers and Their Secret Weapon: Hunter Henry 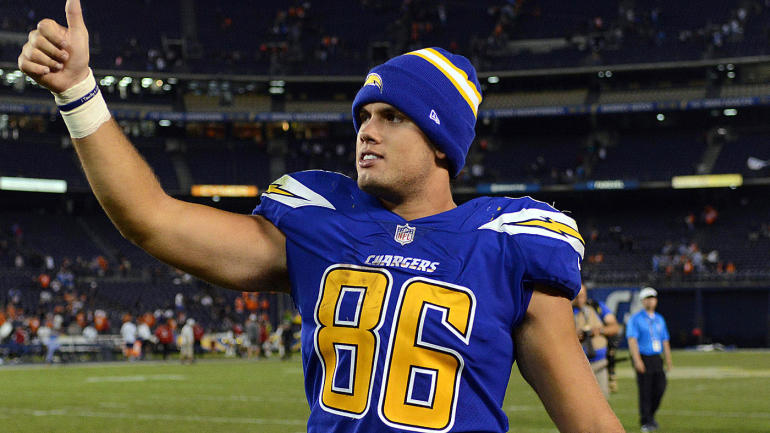 How a Dangerous L.A. Chargers Team Just Got Even Stronger

Only the ninth 12+ win team to not win their division in NFL history, the Los Angeles Chargers found themselves starting the 2019 NFL Playoffs on the road. To make matters worse, they were set to face a Baltimore Ravens team that had defeated them just two weeks earlier. Suffering a 22-10 defeat at home, the Ravens held the Chargers to under 200 total yards of offense in Week 16.

The rematch wasn’t exactly the redemption that the Chargers’ offense was hoping for. In fact, the Chargers only generated 45 more total yards in the matchup. The difference for the Chargers was an innovative defense that helped them win the field position battle.

The Chargers often had seven defensive backs on the field against the vaunted Ravens rush offense. The premise was that the Chargers’ safeties were such sure tacklers that the defensive personnel provided stifling speed, without becoming a run liability. While the Chargers’ defense has shown it can win the team games, the offense just got another vital piece of its own.

The Los Angeles Chargers recently activated tight end Hunter Henry off of injured reserve. Henry tore his ACL less than 8 months ago in practice. The injury was a crushing blow for the Chargers. Henry had tallied over 1,000 yards and 12 touchdowns in his first two seasons as a Charger.

Leaving a huge void on the Chargers’ roster, the team re-signed legendary tight end Antonio Gates after cutting him just 4 months prior. Gates has proven that he still can provide value, tying a team-high four receptions in the Chargers’ Wild Card win against Baltimore. Now, the Chargers have more ammunition in time for what has always been a tough postseason matchup for the team.

So, how does having tight end Hunter Henry back affect the Chargers’ gameplan Sunday? While tight end Antonio Gates will more than likely remain the starter, Henry provides something special for this Chargers team. The team will now be able to dial up 12 personnel, better known as “ace.”

Ace personnel includes formations that employ two tight ends, two receivers, and one running back. The Patriots’ defense hasn’t exactly been impressive this season and the thought of the Chargers running this formation will have not only Brian Flores shaking in his boots, but all AFC defensive coordinators. So what makes this formation so dangerous to other teams?

If the Chargers use ace formations, they will most likely have the following players on the field at the same time: WR Keenan Allen, WR Mike Williams, TE Antonio Gates, TE Hunter Henry, and RB Melvin Gordon. The 22nd-ranked passing defense of the Patriots, unfortunately, won’t be able to cover everyone, forcing quarterback Tom Brady and the Patriots’ offense to play “keep up.” Likewise, the remaining playoff field will struggle to find an answer to this personnel package.

With a win at New England, the Los Angeles Chargers face either the Kansas City Chiefs at Arrowhead Stadium or the red-hot Indianapolis Colts at home. The Chargers’ offense matches up extremely well with both defenses. During the regular season, the Colts and Chiefs’ passing defenses ranked 15th and 31st, respectively. The Chargers tied for fourth in the league with 7.8 yards per passing attempt in the same period.

Having tight end Hunter Henry in the fold means we will see defenses adjusting personnel as well to cover the pass catcher. An extra defensive back could be employed to stop Henry as a receiver. However, that opens up the running game for the dangerous Melvin Gordon. Gordon totaled over 1,300 yards in the regular season.

Any way you look at it, having Hunter Henry back does wonders for the Chargers. One of the NFL’s most potent teams just got stronger — and they could be hoisting a Lombardi trophy when it’s all said and done.