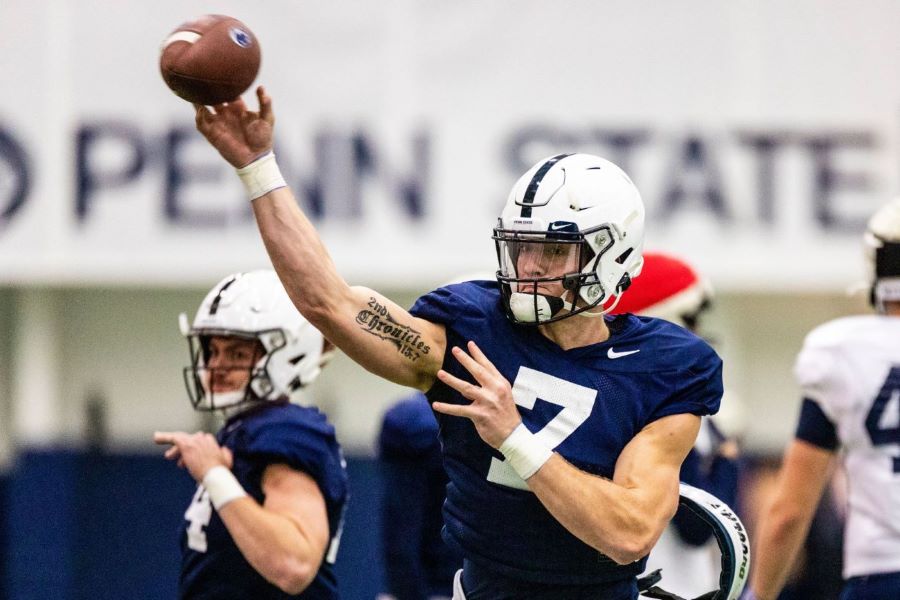 The Nittany Lions will travel to Minnesota this Saturday to face Big Ten West opponent and undefeated Minnesota. This game is a huge game for Penn State as it’ll be another quality road game against a ranked team. One challenge of this game is that the Golden Gophers have one of the toughest offensive lines not only in the Big Ten but it all of College Football.

With a record of 8-0 and 5-0 in conference play. coming off their second bye week, Penn State now faces the rest of their schedule which includes two nemesis in Minnesota and Ohio State in a couple weeks. Quarterback Sean Clifford continues to impress fans with his first season starting behind center. So far, Clifford has completed 134 of 216 passes for a completion rating of 62 percent. Clifford is also approaching the 2,000 yards passing mark for the season. Clifford has accumulated 1,931 yards thus far. Defensively for Penn State, the Nittany Lions have a strong defense too. Leading tackler Micah Parsons with 57 total tackles in which 26 are solo and 31 are assisted and one sack. Lastly, Yetur Gross-Matos is proving to be the pivotal pass rusher Penn State needs. Thus far, Gross-Matos has 26 total tackles 16 are solo and 10 are via assist. Gross-Matos also has 5.5 sacks.

Furthermore, the Nittany Lions have been rotating all of their running backs still. It’s unclear who is the main starter. However, the past couple games have seen changes between Journey Brown and Noah Cain as starters. To date, Noah Cain has shown the impact that freshman normally don’t make. To contrast, Cain has 68 rushes for 350 yards and six touchdowns. Secondly, Journey Brown has been getting the starts recently too. Brown has 51 rushes for 297 yards and three touchdowns. Receiving wise, Kj Hamler has led the way the entire season and for good reason. Hamler is approaching the same amount of receptions and yards as last season. Currently, Hamler has 37 catches for 620 yards. Also, Hamler has eight touchdowns that has already surpassed his total of five last season.

The Golden Gophers are 8-0 and 5-0 in conference play. This is the first time since 1941 that Minnesota has been undefeated. Minnesota is riding a ten-game winning streak since last season and currently is tied for the third longest active winning streak in FBS. Offensively for Minnesota, they’re lead by quarterback Tanner Morgan who is averaging 15.6 yards per completion. That leads the Big Ten and ranks fifth in the FBS. On the other hand, Rashod Bateman is the top target for Morgan and Bateman has 31 receptions for 644 receiving yards and six touchdowns this season. On the ground, the Gophers are led by redshirt senior Rodney Smith from Georgia. Smith averages 111.1 yards per game and has recorded seven touchdowns on the ground.

Likewise, on defense, Minnesota leads the Big Ten conference and ranks ninth in the FBS with 11 interceptions. Antoine Winfield Jr is a threat to look out for on Saturday as he leads the Golden Gophers and Big Ten with five interceptions. The Golden Gophers play a pass-heavy offensive style. Head coach P.J Fleck likes to run the ball heavy and take time off the clock and allow his big offensive line to win the battles up front to extend drives. That has been the primary factor of how Minnesota has stayed undefeated this season.

This matchup is for the Governor’s Bell. Penn State heads travels to Minnesota for the first time since 2013 when Bill O’Brien was head coach of Penn State Football. The game will be a noon kickoff and televised on ABC.