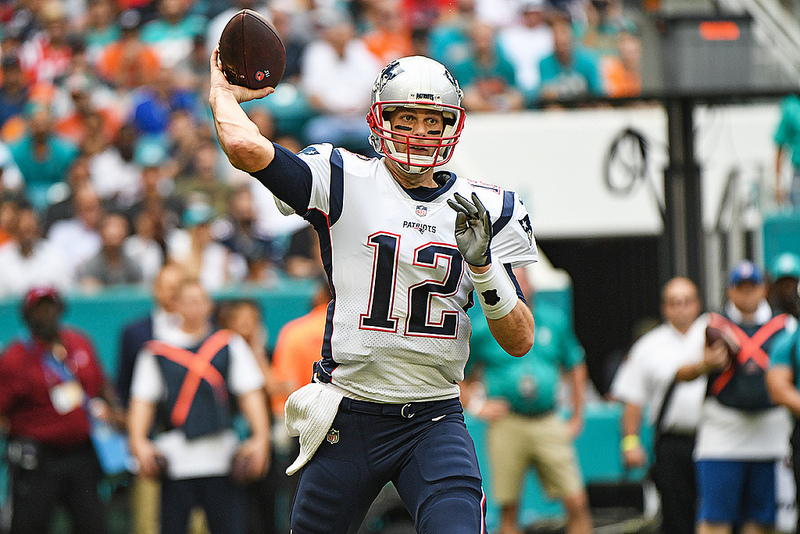 Just four weeks ago, the Boston Globe told the world the New England Patriots just simply weren’t a great team. Since their article, the Patriots are undefeated (3-0), outscoring their opponents 103-43.

The Los Angeles Chargers, on the other hand, were expected to be a formidable opponent for New England as they came into the game sporting one of the most balanced teams in the league. The Chargers showed how dynamic they were defensively the previous week in Baltimore, keeping seven defensive backs on the field throughout the game.

However, that exact blueprint was exposed in Foxboro, as quarterback Tom Brady and the Patriots dissected the Chargers’ DB-heavy defense. New England outscored the Chargers 35-7 in the first half on the way to a 41-28 victory.

History In The Making

The Chargers were in the same position that the New Orleans Saints were in nine years ago. The 2018 AFC Divisional matchup was the first playoff game since the 2009 NFC Championship to have three consecutive touchdown drives start off the contest.

The New England Patriots displayed the short-pass game, as well as the run game, to perfection in their first two scoring drives. Patriots’ running back Sony Michel slashed through the Chargers’ defense for 52 yards and two touchdowns on the first two possessions.

Contrarily, the Chargers elected to go for the big play right out of the gate. The Chargers finished their 67-yard-opening-drive with a 43-yard touchdown connection from quarterback Philip Rivers to wide receiver Keenan Allen.

With the Chargers insisting on keeping seven defensive backs on the field, the New England run game continued to dominate. The Patriots finished with four total first-half rushing touchdowns (three from Sony Michel). This allowed the Patriots to dominate the time of possession, holding the ball for over 20 minutes in the first half. The Patriots held a 35-7 lead at halftime.

Too Little, Too Late

Entering the second half, Los Angeles slowly began to stage a comeback. Following a punt and a New England Patriots’ field goal, the Chargers finally put together a significant drive. The 10-play, 72-yard scoring driving concluded with a one-yard touchdown plow by running back Melvin Gordon. The score cut the lead down to 24 as the Patriots maintained a 38-14 lead.

The Patriots struck first in the fourth quarter as a field goal from kicker Stephen Gostkowski extended the lead to 27. However, facing an insurmountable lead in the fourth, the Chargers didn’t give up, as they scored two more touchdowns in the fourth. Although the game was already over, one of those touchdowns held huge significance.

End Of An Era

With 59 seconds remaining in the game, the Los Angeles Chargers were eight yards away from the end zone, down by 19 points. The call was a corner route to veteran tight end Antonio Gates. New England Patriots’ safety Patrick Chung was lined up in man coverage on Gates for the snap. Rivers proceeded to drop back and put the ball where only Gates could catch it, as he would box out the Patriots’ safety for the touchdown catch.

The touchdown catch is surely the final catch of Antonio Gates’ career. Although Gates expressed interest in returning to the team in 2019, the Chargers will likely move on from Gates, similarly to how they planned to last offseason.

Whatever the case, Gates has surely proved himself as a shoo-in for the Pro Football Hall of Fame. Gates’ 16-year resume includes eight Pro Bowl appearances and three All-Pro seasons.

The New England Patriots secured a 41-28 victory against the Los Angeles Chargers to move on to the next round. The Patriots will meet the Kansas City Chiefs in the AFC Championship game.

The Patriots will have to travel to Arrowhead Stadium, as analyst predict the matchup may be the coldest in Arrowhead history. In their only previous meeting of the year, the Patriots escaped with a three-point victory.