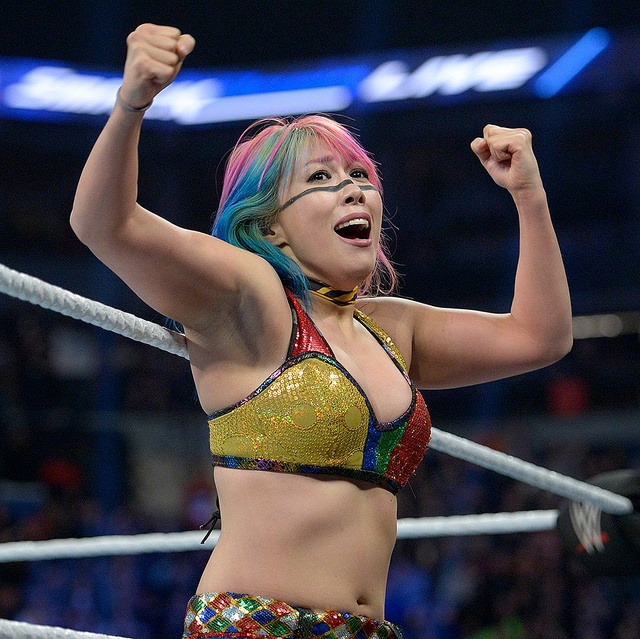 It’s that time of the year again. Time to cozy up next to a loved one, turn on the Hallmark channel, make some hot chocolate and lovingly body slam your loved ones through a wooden table. TLC, BAY-BAY!

WWE’s human demolition derby is back again this year. Wasn’t in October last year? Nope, it wasn’t. Shut up.

Dean Ambrose is the “bane” of Seth Rollins’ existence as of late since turning on The SHIELD. Expect Seth to dress as Batman for this match.

If Braun Strowman can overcome his elbow injury and win this contest, he will earn a shot at Brock Lesnar at the Royal Rumble. If Baron Corbin can pull off the unthinkable, then he will be the permanent Monday Night RAW general manager.

Nia won a battle royal at Evolution to earn another shot at Ronda Rousey. That’s it, really.

D*ck kick city, b*tch. The NEW Daniel Bryan with his dastardly talk about natural resource preservation and recycling has gone too far. AJ is using his contractually obligated title rematch.

The Man. The Queen. The Empress of Tomorrow. This has already earned an “A” in graded so one can expect this to be the match of the night.

They needed to fill a slot and forgot Shinsuke has a title.

Ladder Match with a Guitar hanging above the ring: Elias vs Bobby Lashley

Though I can see Elias winning this because it’s his thing, I wouldn’t be shocked if Lio Rush grabbed the guitar for Lashley first.

Sometimes you have all the ingredients for a really, REALLY good match. This is one of those times. If Charlotte, Becky, and Asuka somehow screw up the Match of the Year, then this match should be a good back-up.

Ruby has made this out of nowhere feud personal. Jim “The Anvil” Neidhart’s picture will be pasted on a table. Can Natalya overcome the Riott Squad’s numbers?

Maybe if the SmackDown Women’s title match or the Triple Threat SmackDown tag match gets cancelled this will be the match of the night. My point is that three matches on this card could be Match of the Night.

Two of the best Superstars in WWE right now go head-to-head in a Super Show-Down rematch.

Rumors say RKO is feared for one reason, but Randy says it’s because of how sadistic and dangerous he is. Rey’s upset he has to keep buying new masks.

Impact of All Elite Wrestling
Becky Lynch Discusses her Concussion; Her “The Man” Nickname
%d bloggers like this: