TSJ 31 in 31: Minnesota Wild Need to Be Competitive in the Central 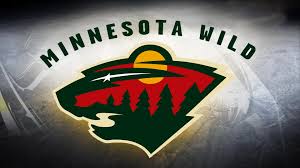 After a disappointing exit in the first round of the 2018 playoffs, the Minnesota Wild needed to make changes to the roster. Not many changes were made to the core of the team but depth was added. Depth is a huge part of a winning team, but I am not sure the Wild have added the right kind of depth. The team’s problem involves shutting down the opposing teams scoring lines.

Have the Wild Gotten Better?

I am not sure they have. The Wild may need big seasons from the likes of Zach Parise, Eric Staal, Jason Zucker, Mikael Granlund, etc. Without a big season from the veteran core, the team may be a sinking ship in the ultra-competitive Central Division. The big plus for the team is that Devan Dubnyk is still at the top of his game and can shut the door when it is needed.

The Wild added depth this offseason to take the weight off the top lines. Matt Hendricks was signed to a one year deal worth $700,000. Hendricks played 60 games last year and scored five goals totaling 13 points. Minnesota signed 28-year-old J.T. Brown to a two year contract with an average annual value of $687,500. Brown had two goals and five assists in 47 games last season.

Greg Pateryn was added to strengthen the defensive side of the team. In 73 games, Pateryn scored 1 goal and added 12 assists. According to hockey-reference, Pateryn’s Fenwick For Percent (FF%) shows that his line had puck possession the majority of the time he was on the ice last season.

Daniel Winnik and Matt Cullen left the team via free agency. Winnik played in 81 games over the course of 2017-18 and scored six goals with 23 points. Matt Cullen netted the puck 11 times with 11 assists in 79 games.

The Minnesota Wild bought out the contract of Tyler Ennis. In 73 games, he scored 8 goals with a total of 22 points. Tyler Ennis was signed by the Toronto Maple Leafs.

Where the Minnesota Wild Stand

Minnesota has a Net Gain of -34. That is not the direction the team should go if they want to be competitive in the ultra-competitive Central Division. There are two questions to ask about the Wild:

Dubnyk’s numbers dipped last season but were still very good.  He posted a Save Percentage of .918 last year. Dubnyk may have another four to five years of those numbers before any drop off. Eric Staal, on the other hand, played out of his mind. He tallied over 70 points for the first time since 2011-12.

This will be an interesting year for the Wild but to show that they mean business they need to get out of the first round of the playoffs. Over the past three years, the team has a total of just four playoff wins. Minnesota’s Core players need to step up this year tho show that they can compete in the Central Division.

It looks like the Wild may finish around 5th place in the Central Division.

NHL and Jagermeister Announce Partnership
TSJ 31 in 31: Washington Capitals Make No Changes to Core
%d bloggers like this: