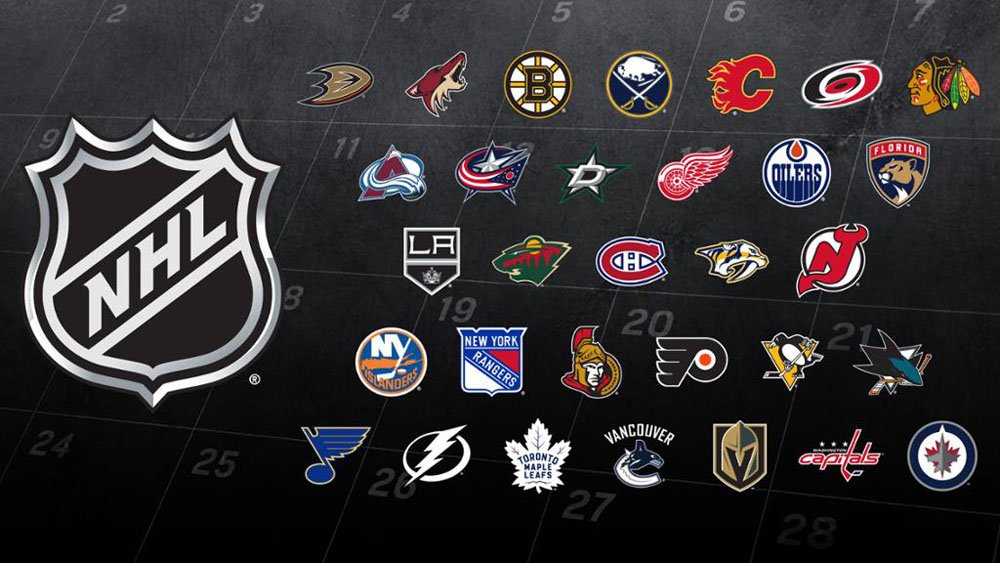 With the schedule for the 2019-2020 NHL season being released, hope springs eternal for all teams as the slate cleaned for everyone across the league.  The defense of the first Stanley Cup in the history of the St. Louis Blues begins on October 2nd, 2019, as they raise the banner against the Washington Capitals to kick start another exciting season of NHL action.

Though being that the season is 82 games long, there will be some obvious dull time to the season, which invites any and all fans to look out for some key games and storylines throughout the course of the season to really keep that flame lit until the playoffs begin.

Games to Highlight on your calendar:

Well, they did not wait long for this one to take place.  For those that might have missed the last year’s Stanley Cup Playoffs, the San Jose Sharks and Las Vegas Golden Knights did battle in a hard fought seven game series that did not end without its share of controversy.  The Knights had a commanding lead, as well as the series, in a Game Seven when a match penalty committed by the Knights gave the Sharks a 5:00 major penalty to work with.  That turned into four goals and series win for the Sharks.  However, was it a match penalty?  That can be left up to the NHL officiating crew, but to embody one of the all-time sayings, there certainly will not be any love lost between these teams.

This is the standard Stanley Cup rematch that typically gets out of the way even sooner on the schedule, but like any year it offers a lot of intrigue.  When looking over the rosters for both teams, there is not any significant change on either team, which is why NHL pundits have not ruled out either team for making another run at the hardest trophy to win in sports, the Stanley Cup.  It figures to be another good matchup early in the season to drum up interest.

It is the first regular season game that Artemi Panarin will be taking on the team that use to pay his wages in the Columbus Blue Jackets. To recall, the Blue Jackets threw caution to the wind to keep Panarin and new Florida Panthers goaltender Sergei Bobrovsky, pending UFAs at the time, to try to capture the franchise’s first Stanley Cup.  Despite both stars vocalizing their desire to leave the Columbus market, they decided to hold on to both stars as well as make marquee trade deadline acquisitions in Ottawa’s Matt Duchene and Ryan Dzingel.  This did not work out, as they exited in the second round at the hands of the class of the Eastern Conference in the Boston Bruins.

The return of Phil the Thrill.  What more is there to say?  The beloved and maligned American sharpshooter Phil Kessel makes his return to Pittsburgh.  After four seasons that yielded back-to-back Stanley Cup championships and four playoff appearances, Kessel was jettison to the desert in Arizona under familiar friend Rick Tocchet for a similarly questioned star in former 3rd Overall Pick Alex Galchenyuk and defensive prospect PO Joseph.  Even with the success of the franchise with Kessel, it was clear that there were spoiling relationships, most notably with Head Coach Mike Sullivan and star line mate Evgeni Malkin.  Needless to say, the fans will give him a warm welcome and the franchise will give him a nice tribute, as they should.

All of these games and more will do a lot of service to keep fans and lay people into the long, arduous season.  In addition to these games, there will be plenty of interesting storylines such as the performance of the Flames, Predators, Lightning, and Maple Leafs.  All of them are teams with large investments in their core players with plenty of talent to win a Stanley Cup.  When and what will Mitch Marner sign for? Was Hughes or Kakko the better choice in a matchup of Metropolitan Division foes?  What teams are next like Dallas and Carolina and who is falling into obscurity? These storylines and games will go a long way to spike and maintain interest in the NHL season.

What Flyers Fans Need To Know About Alain Vigneault
The Sidney Crosby Effect: Reflections Of An Era
%d bloggers like this: