What Flyers Fans Need To Know About Alain Vigneault 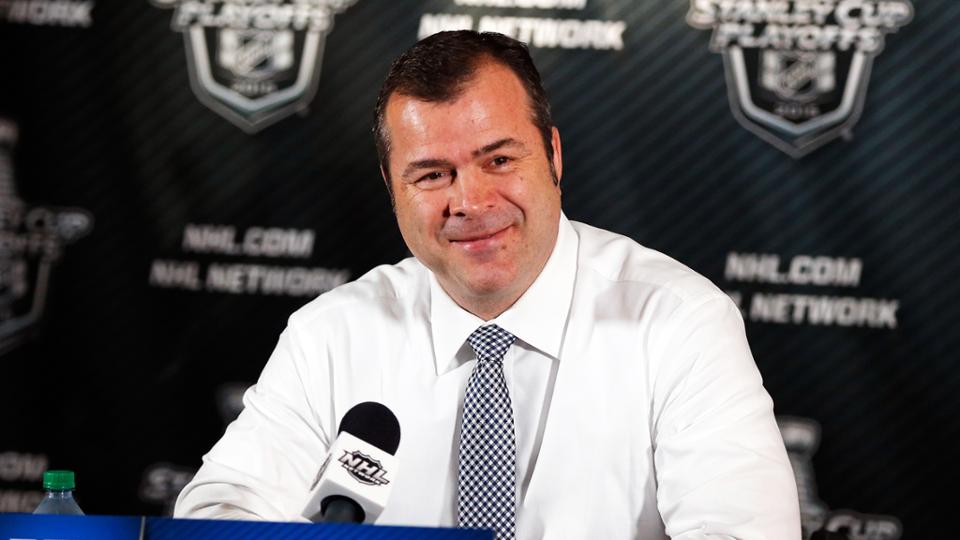 What Flyers Fans Need To Know About Alain Vigneault

The Philadelphia Flyers announced on Monday the hiring of Alain Vigneault as their new head coach.

The 57-year-old Canadian joins the Flyers after a disappointing season with New York Rangers. His dismissal from the Rangers was mostly due to not making the playoffs this season after a four year run in the playoff and one Stanley Cup Finals appearance. Nonetheless, an appearance that was lost against Los Angeles Kings.

Vigneault now gets a chance to take a third team to the Stanley Cup Finals after also taking the Vancouver Canucks in 2011.

Flyers’ general manager Chuck Fletcher believes that Vigneault is the right fit as he wanted someone with proven experience. Nonetheless, Vigneault’s hiring was to lead the team to their first Stanley Cup since 1975.

What should Flyers’ fans know about their new coach?

Vigneault’s resume speaks for itself. In his 16-year career, he’s taken his side to the playoffs on 11 occasions. Additionally, in seven occasions he has at a minimum reached the semifinals.

The Canadian new boss has 1,216 games under his belt, while collecting 139 Stanley Cup playoff games.

In eight of his full 15 seasons, his side has ended with 100 points or better.

He has won seven division championships of the 11 occasions his teams have reached the post-season. Three of his teams have also earned the Presidents’ Trophy, which really means nothing to a lot of fans.

The Quebecker has also been a finalist for the Jack Adams Award as the NHL Coach of the Year, while also winning the award in 2006-07 while with the Vancouver Canucks.

In a division where just this season five of the teams in it clinched the playoffs, the Flyers have lots of ground to cover.

The Metropolitan Division is stacked with quality players and teams like the Washington Capitals (current Stanley Cup champions), Pittsburgh Penguins, and the New York Rangers (despite their last two seasons).

Despite this, Vigneault has faith in the Flyers’ organization as it remains an attractive destination. Though they lack on talent, they have a pool of promising prospects with a large market and devoted fans.

Perhaps the team should really consider moving away from Gritty as a mascot. Just perhaps.

Nevertheless, Vigneault believes in turning this team into a contender as he has done previously in New York, Vancouver and Montreal.

After going 37-37-8 for 82 points this season and not reaching the playoffs since 2012, the Flyers are hoping for a minimum return to the playoffs. Nevertheless, they were very close to reaching to playoffs before coming up short towards the end.

However, Vigneault is known for honing in on better fundamentals and tackling out bad habits. Additionally, the Flyers have the No. 11 pick in the 2019 NHL Draft.

And let’s not forget, just imagine how wild the Rangers rivalry with the Flyers will get now that Vigneault is on the opposing team.

Are you a sports writer or blogger? We have openings in the NHL Department at TSJ101 Sports. If interested in joining our NHL department, contact us at https://tsj101sports.com/home/contactus/, we would love to have you join our team.