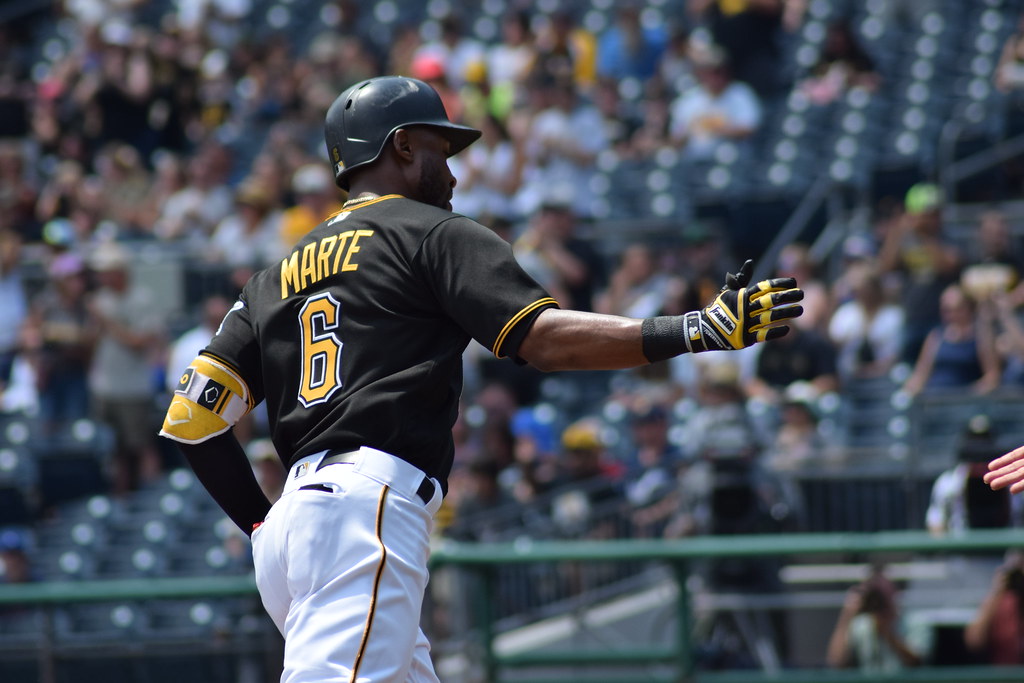 With the Phillies, Nationals, and Braves all making moves this offseason, the Mets are quickly falling behind. After trading for outfielder Jake Marisnick, the Mets still have some holes to fill throughout their roster to continue to compete in the NL East. With the addition to figuring out who their fifth starter will be, the Mets are also looking for help in center field and in the bullpen. Two names floating around for the Mets are Pirates outfielder Starling Marte and Yankees reliever Dellin Betances. Both can bring a lot to Queens in 2020. But the question remains, will the Mets pounce on the opportunity and go all-in for a World Series.

Starling Marte has probably been most discussed about in terms of the Mets potential targets. The 31-year-old had a solid year for the Pirates by slashing. .295/.342/.503 with 23 homers, 82 RBIs, and 97 runs scored. In addition, Marte also stole 25 bases which would have led the Mets in 2019 (Amed Rosario was the closest with 19). Speed, power, and a great glove in center field, Marte would be a great addition. the only problem? The Mets have to decide if they are willing to pull the trigger on his asking price. The Pirates are reportedly looking for a catcher in the deal. The Mets certainly have catching prospect Fransisco Alvarez and big leaguer Tomas Nido at their dispose. J.D. Davis and Dom Smith are other names that have also floated around. No matter how the Mets package it up, they certainly should be in on Marte, and willing to pay the price for their center fielder.

Another name coming up in talks with the Mets is free-agent Dellin Betances. Betances, 31, appeared in just one game in 2019 due to injury. However, in his career, Betances is showing a 2.36 ERA with a WHIP of 1.04 and 621 strikeouts over 381 and 2/3 innings in his career. After having a combined ERA of over 4.00 last season, the Mets bullpen was perhaps their weakest point. GM Brodie Van Wagenen made it clear fixing their bullpen was a top priority. Betances would be a great addition as a set-up man or potential closer in 2020. Reports also have shown that Betances plans on re-signing with the Yankees or going to the Mets. With mutual interest on both sides, the Mets have to move carefully to make the right deal to bring Betances to Queens.

In summary, the Mets do have options available to them. The big question is if the Mets are willing to pull the trigger and pay to improve their team. Marte and Betances would both be great additions to the Mets lineup. Hopefully, Brodie sees the same vision and pounces to help the Mets keep pace in the NL East in 2020 before they get left in the dust.