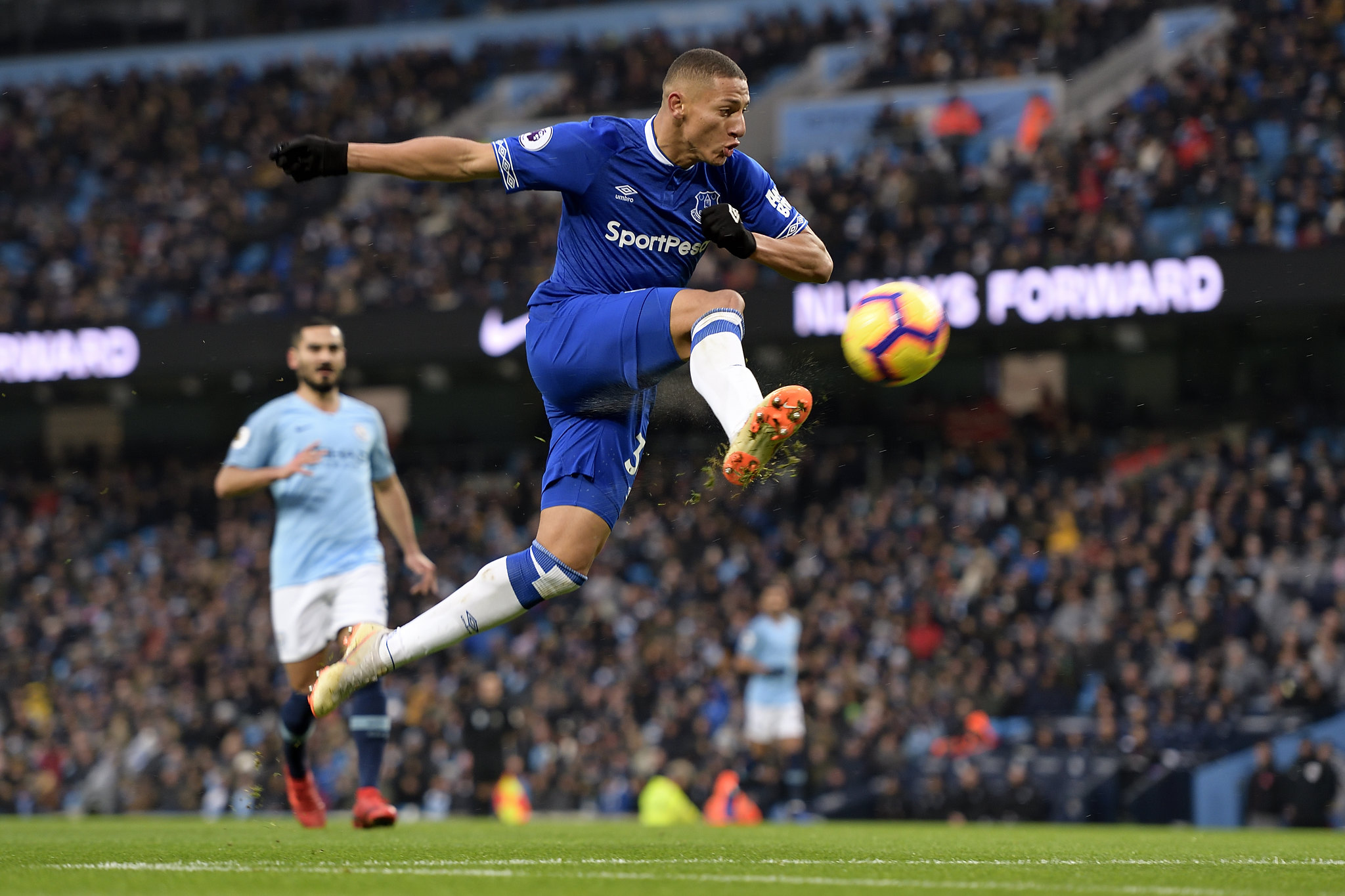 The Toffees are currently going through one of their worst starts in recent memory. The pressure is already mounting on manager Marco Silva after a very rough opening to their Premier League campaign. With only managing 7 points from a possible 18, Everton needs to start producing the results, especially with the personnel they have. After spending upwards of $100 million on some high-quality talent, it is fair to say Everton are severely underachieving.

As for Manchester City, on the back of their 8-0 demolition job of Watford, Guardiola’s men are looking as strong as ever. Last weekend’s result was a display of the destruction they can do to other teams when they are at the top of their game. They also showed that they can rest players like Raheem Sterling, do without their first choice center-backs and still put in a stellar performance.

Everton will be without Portuguese midfielder Andre Gomes and summer arrival Jean-Phillipe Gbamin. Gomes will miss the game against City with a rib injury while Gbamin has a quadricep problem. Marco Silva has the options of bringing in Alex Iwobi and Dominic Calvert-Lewin who have both been pushing for starts in recent weeks.

Manchester City are at full strength in the forward line with the potential return of Raheem Sterling to the starting line-up. Benjamin Mendy could hold down his left-back spot after putting in a good display last weekend against Watford. Fernandinho will partner Nicolas Otamendi at the center of the defense after injuries to John Stones and Aymeric Laporte.