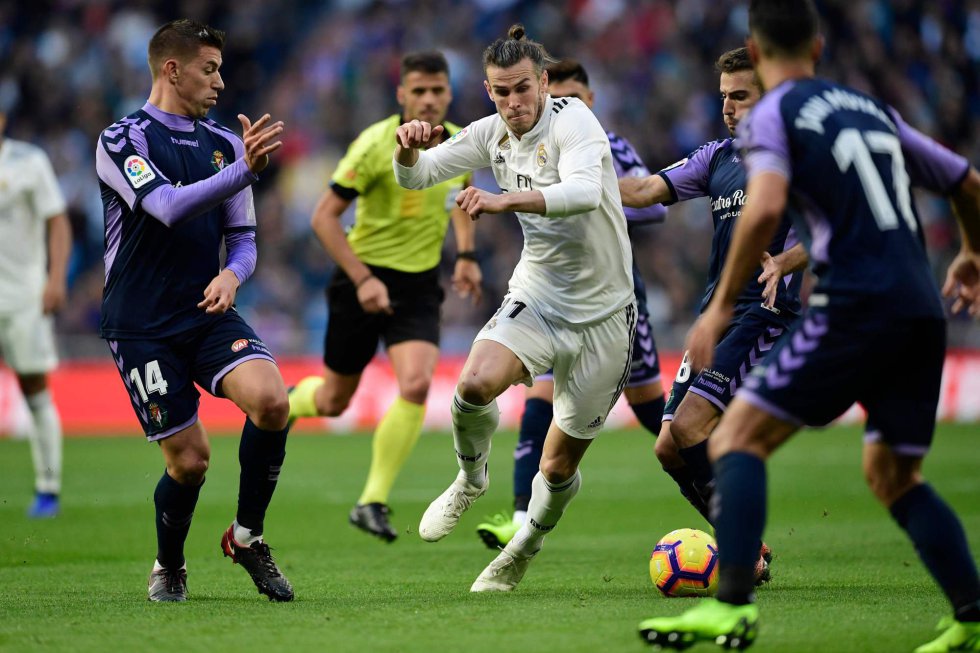 Real Madrid play their first home match of the new season vs Real Valladolid as they hope to continue their good start.

While Zinedine Zidane’s men overcame Celta Vigo despite being a man down in their opening match, Valladolid achieved a surprising away victory over Real Betis in Seville. Currently, Los Blanquivioletas have three Madrid-loaned players in their squad. All of whom can play against the whites on Saturday since the Spanish giants opted not to include a clause saying otherwise.

Nevertheless, only Ukranian goalkeeper Andriy Lunin is likely to play for Valladolid whose owner is Ronaldo de Lima, a Madrid legend and the likely source of the loan agreements. The club made its return to the Spanish top flight last year, barely escaping relegation. However, head coach Sergio will know a victory in the Spanish capital can set the pace for a successful season.

Los Blancos continue to be without the services of new signing Eden Hazard. The Belgian attacker has yet to make his debut in official competition and is joined by Brahim Diaz, Rodrygo and Asensio on the injured list. Meanwhile. Luka Modric is unavailable after picking up a red card in on match-day one. Consequently, Isco is likely to step into the starting eleven while Dani Carvajal returns to defense after serving a suspension from last season.

Conversely, Valladolid have only one player unavailable to injury, namely Sandro Ramirez. The 24-year old forward who is on his third loan spell in two years is recovering from a muscle injury. As a result, Enes Unal is favored to replace him in attack. Although it is possible that Sergio prefers to move Oscar Plano to a more attacking position after the Spaniard’s last minute winner secured victory a week ago.

Valladolid most likely have their eyes set on the fixtures following Saturday’s match-up versus Madrid. Especially since their opponents will be Levante and Osasuna. Two opponents of similar stature. The visitors will also be aware of their record against the whites which sees them win-less for more than a decade. Not to mention Madrid’s impressive victory at Balaidos with 10 men a week ago.

Nevertheless, Zidane’s squad continues to take shape and Valladolid are capable of exploiting weaknesses. Uncertainty lingers in the dressing room of the Spanish giants and could affect performances. Although Gareth Bale shone brightly in their first match, rumors of the Welshman’s departure – alongside James Rodriguez and Keylor Navas – in a deal for Neymar highlighted this weeks news.

Until Zidane’s squad is finalized at the close of the transfer market, it will not be known for certain how this Real Madrid squad will handle motivated visitors like Valladolid.