The Pirates Return Home To Battle The Cubs 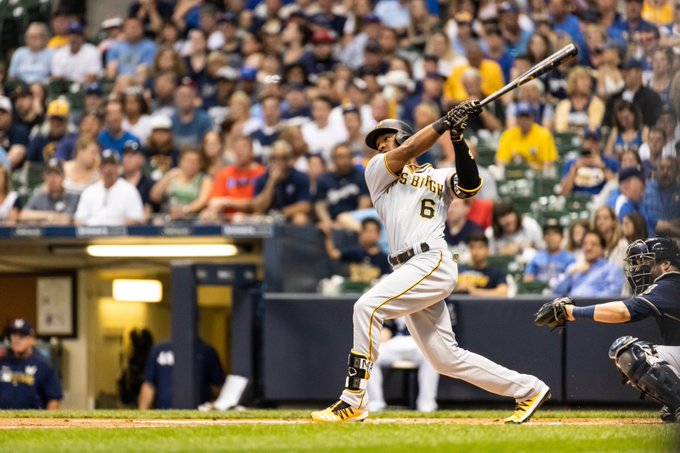 The Pirates Return Home To Battle The Cubs

Pirates Are Back At PNC

The Pirates return home after a six-game road trip that included three in Houston and three against divisional foe Milwaukee. The road trip did have a bright side to it as the Pirates took two of three from the Astros and were the first team to win a series in Houston this year. The Pirates take on the Cubs beginning tonight.

The Pirates are 17-19 so far at home and will look to utilize this upcoming homestand to revitalize that.

The Cubs are one of the more potent offensive teams in the NL Central and currently are in first place with a 45-39 record. The Pirates are five games back of the Cubs. Additionally, The Cubs also seem to be coming in on the cooler side of the spectrum as they’re 4-6 in their last ten games. However, they’re also tied with Milwaukee for a share of first place. As a result, there is only a five and a half game difference splitting the last place Reds and first place Cubs.

The Pirates, in contrast to the Cubs, are 7-3 in their last 10 games. In fact, on the recent road trip there offense came alive against the Astros which prompted them to take the series and hand the Astros their first series loss at home this season. However, the Pirates have only faced the Cubs once this season, which was for the Cubs home opener in April. So, The Pirates return home to battle the Cubs.

One of the Pirates biggest downfalls this season is their lack of offense. Likewise, it’s hard to realize that the Pirates are in the position they are considering their offense hasn’t been up to par. They currently have one of the worst run differentials with a minus 56 difference. However, when you have guys like Kevin Newman, Josh Bell, along with Melky Cabrera and once the pitching turns around it could make for a comeback of some sort.

In game one, the Cubs will send RHP Adbert Alzolay (1-0, 2.08 ERA, 9 strikeouts) to the mound and the Pirates will oppose him with RHP Trevor Williams (2-2, 4.25 ERA, 53 strikeouts). No current Pirates in the lineup tonight have prior experience against Alzolay. On the other hand, when it comes to Cubs hitters tonight having success against Williams, there are a few notables in Kyle Schwarber who has a .333 batting average in 15 at-bats with two home runs and two RBIs. Anthony Rizzo also has a .267 average in 15 at-bats with one home-run and three RBIs. In game two, the Cubs will send RHP Kyle Hendricks (7-5, 3.36 ERA, 75 strikeouts) and the Pirates will oppose with RHP Joe Musgrove (6-7, 4.27 ERA, 74 strikeouts). The Pirates’ Adam Frazier has the most success off Hendricks with a .333 average along with a home-run and RBI.

In game three, the Cubs will send RHP Yu Darvish (2-4, 4.98 ERA, 105 strikeouts) to the mound and the Pirates will oppose with RHP Chris Archer (3-6, 5.50 ERA, 80 strikeouts). Both Corey Dickerson and Starling Marte have success against Darvish. Dickerson has a .571 average with a home run and RBI. Meanwhile, Marte has a .400 average with one home run and two RBIs. There is a magnitude of Cubs player’s who have success against Archer. However, Kyle Schwarber is the only hitter to have a home-run against Archer. In the finale, the Cubs will send LHP Jose Quintana (5-7, 4.21 ERA, 78 strikeouts) and the Pirates will counteract with RHP Jordan Lyles (5-4, 3.71 ERA, 71 strikeouts).

The Pirates return home to battle the Cubs. Albeit this past road trip was split 3-3. The Pirates will look to move forward and potentially take this series to help with the efforts of getting back in the NL Central standings.