Mane Double Not Enough For Liverpool 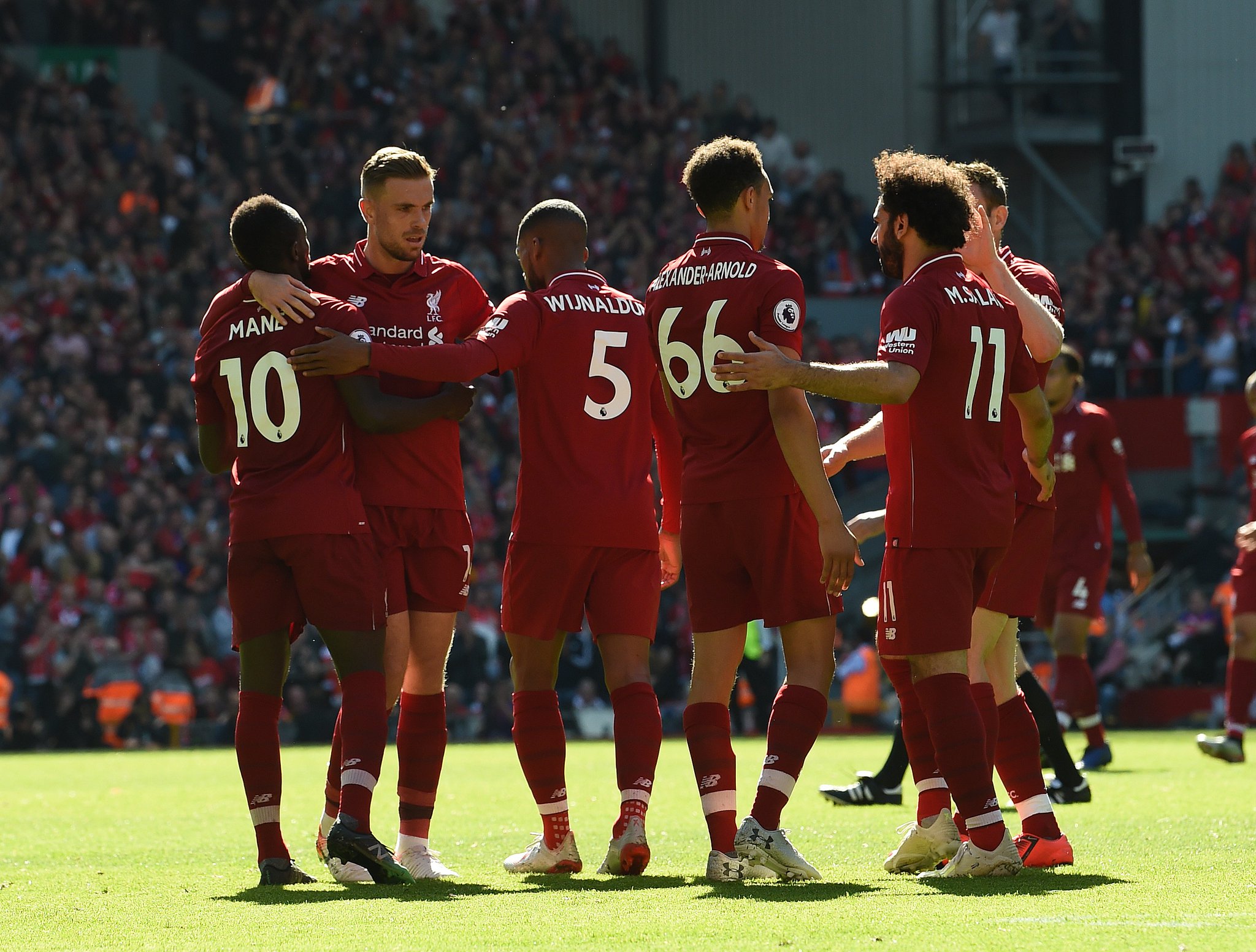 Mane Double Not Enough For Liverpool

Two goals from Sadio Mane helped Liverpool defeat Wolves at Anfield but wasn’t enough to help them win their first league title since 1990.

That is because Manchester City came from behind to defeat Brighton at the Amex Stadium to win the Premier League title for the second season in a row by just one point.

Liverpool will be hoping for some consolation by winning the Champions League on 1st June.

Sadio Mane gave them the lead after 17 minutes, slotting the ball past Rui Patricio in the Wolves goal.

Wolves struggled to create any chances but almost levelled when a shot from Matt Doherty clipped the crossbar.

With ten minutes to go, Mane sealed the victory heading a cross from Trent Alexander-Arnold into the net.

The win meant Liverpool finished with 97 points and just one league defeat all season. But somehow still only finished runners-up thanks to Manchester City’s 14 wins in a row to end the season.

Liverpool got off to the perfect start after 17 minutes. A neat one two between Jordan Henderson and Trent Alexander-Arnold allowed the latter to cut the ball across the penalty area.

It found it’s way through to Sadio Mane who coolly slid the ball past Rui Patricio in the Wolves goal.

As things stood, after the opening 20 minutes, Liverpool were going to be crowned champions, as Manchester City were being held at Brighton.

A fierce strike from left-back Andy Robertson from 20-yards-out forced Rui Patricio to palm the ball away.

On 27 minutes, the Anfield crowd went into overdrive as word spread that Glen Murray had given Brighton the lead against Manchester City.

However, that enthusiasm quickly evaporated as Sergio Aguero equalised almost immediately for Pep Guardiola’s side.

Still after the first half an hour, Liverpool were in the box seat to become Premier League champions.

On 33 minutes, Mo Salah volleyed over the crossbar from just outside the penalty area.

Liverpool were looking more dangerous in attack with Wolves failing to have an attempt on goal.

Just before half time, Wolves almost levelled. Matt Doherty unleashed a shot from just outside the box which clipped the crossbar.

The atmosphere around Anfield became more subdued after news came through that Aymeric Laporte had given Man City the lead.

At things stood at half time, Manchester City would be crowned Premier League champions once again.

Wolves were looking more threatening at the start of the second half. Meanwhile, Liverpool were beginning to look very nervy.

On 62 minutes, Liverpool had a great chance to double their lead. Sadio Mane cut the ball back across the penalty area. It eventually found it’s way through to Divock Origi but his shot was brilliantly blocked by Wolves defender Conor Coady.

Minutes later, news filtered through that Riyad Mahrez had increased Manchester City’s lead against Brighton and the Premier League title looked to be retained by Pep Guardiola’s side.

With ten minutes remaining, Liverpool sealed the victory. A great cross into the box by Trent Alexander-Arnold found Sadio Mane who headed the ball into the net, despite appearing to be in an offside position.

The goal was the Senegalese international 22nd goal of the season and earned him a share of the golden boot alongside Mo Salah and Pierre-Emerick Aubameyang.

Meanwhile, in Brighton IIkay Gundogan made it 4-1 for Manchester City and helped put extra shine on their title victory.

Liverpool saw out the rest of the game comfortably to finish on 97 points, the most ever for the runners-up in Premier League history.

Liverpool fans will be wondering how they didn’t win the Premier League this season. In any other year, losing just one game and earning 97 points would be enough to win the title.

However, Manchester City has been relentless in the closing stretch, incredibly winning their last 14 Premier League games.

Jurgen Klopp’s side have also won their last nine Premier League games, in what has been an amazing end to the season, with both sides going toe to toe.

It would be wrong to suggest that Liverpool bottled the chance to become champions of England for the first time in 29 years.

But there is no doubt that this was a missed opportunity for Liverpool. When Manchester City lost away to Newcastle at the end of January, Liverpool had the chance to go seven points clear at the top.

However, they were held at home against Leicester the next day. That result begun a run of four draws from six games.

A total of eight points were dropped during that period. This run not only allowed Manchester City back into the title race but to take top spot.

Since then, Pep Guardiola’s side haven’t looked back.

Of course, there were fine margins. If only Sergio Aguero’s goal against Burnley didn’t creep over the line by just 25.3mm things could have been different.

Liverpool fans, players and Jurgen Klopp will be incredibly proud of their campaign. But they will be eager to have something to show for it.

This is why the Champions League final against Tottenham is crucial. Victory would give Jurgen Klopp his first piece of silverware as Liverpool boss.

It would be a great platform to build from for next season. However, if they lose, it will be a season of what might have been.

Wolves Best Of The Rest

It has been a great first season back in the Premier League for Wolves. Before this game they were confirmed to finish in seventh spot.

They have shown that they can compete with the best in the Premier League, having defeated Chelsea, Arsenal, Tottenham and Manchester United this season.

If they can and add some quality additions, there is no reason why they can mount a challenge to the top six clubs next season.

The only disappointment this season will be the way they threw away a two goal lead against Watford in the FA Cup Final.

Wolves boss Nuno Espirito Santo will be hoping that Manchester City complete the domestic treble, which will earn them a place in next season’s Europa League.

That would be just reward for a great season and side who play attractive football and have been a breath of fresh air in this season’s Premier League.