Giolito Guides The White Sox Past The Blue Jays 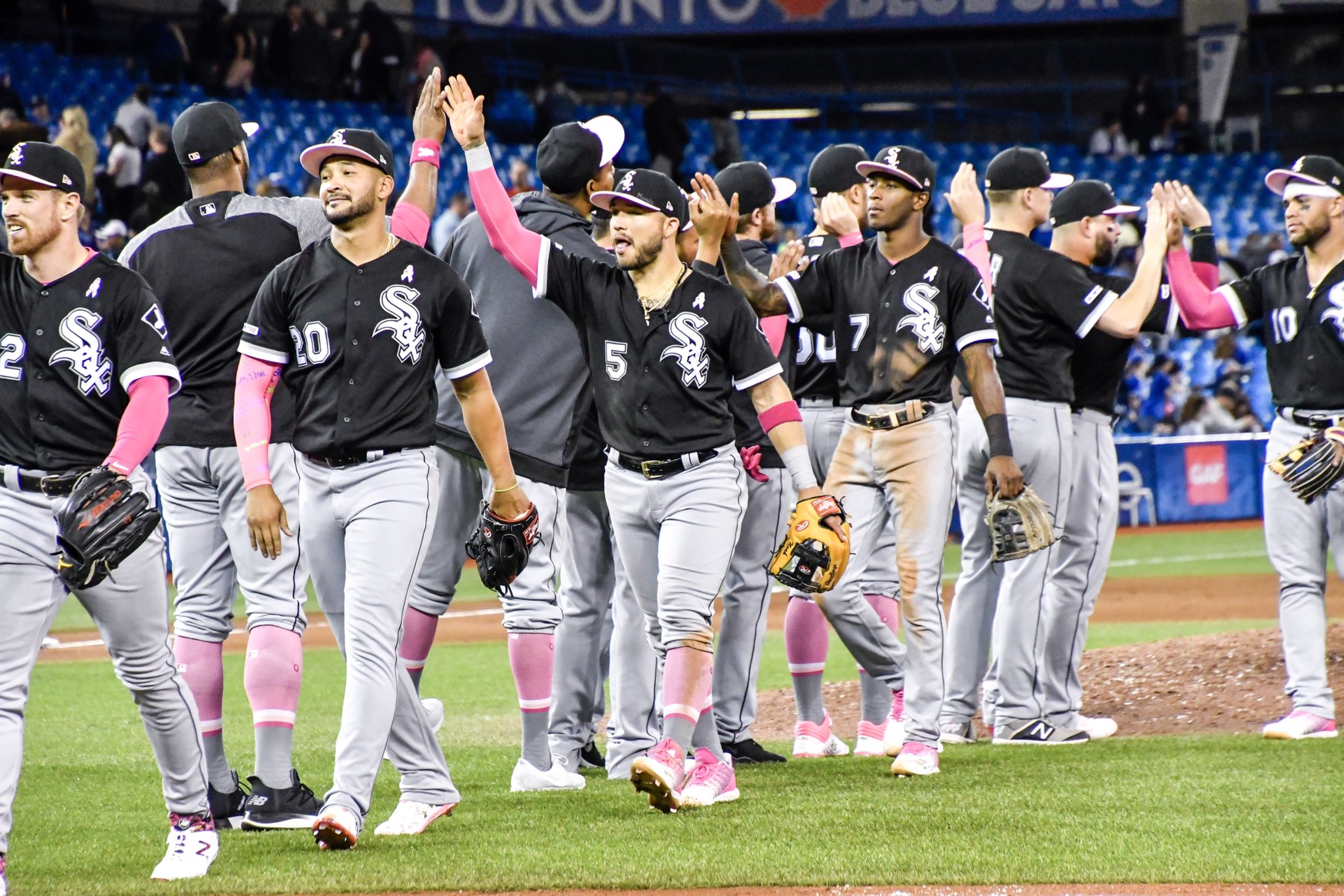 Giolito Guides The White Sox Past The Blue Jays

Lucas Giolito didn’t let the early struggle bother him, as he guides the White Sox past the Blue Jays. Giolito was coming of off a stellar start against the Cleveland Indians where he went 7.1 innings not giving up a run. On Sunday, he pitched another strong game against the Blue Jays.

From this point on, Giolito was dominating. He gave up one more hit in the bottom of the second inning, but after that, he went on cruise control. He didn’t allow another hit the entire game and only walked one. With the help of veteran catcher James McCann behind the plate, Giolito carved up Jays hitters for the rest of the night striking out 8 batters in the process. Gio’s final stat line was 7.0 innings pitched giving up 4 hits, 1 walk, 1 run, and 8 strikeouts.

Gio threw 105 pitches with 69 of those being strikes. He struggled with his command a bit early, and home plate umpire Angel Hernandez certainly had a shifting strike zone throughout the night for both pitchers. However, he Lucas battled through adversity and the shifting strike zone to stabilize his start and guide the White Sox to victory. With the win, Lucas Giolito moved his record to 4-1 and lowered his ERA to 3.55.

The bullpen had no problems for the remainder of the game as neither Ryan Burr or Aaron Bummer gave up a hit in their outings. Both Burr and Bummer came in and faced the minimum. Allowing no base runners and striking out one batter. This was good for Burr as he has pitched twice now in the series and has looked strong in both outings coming off of his injury. Bummer continued to show off his improved movement. His sinking fastball looked as sharp as ever, and he threw a front door slider that absolutely mystified Blue Jays DH Rowdy Tellez. This is important as the bullpen needed another strong performance after a couple of shaky outings in Cleveland.

The White Sox kept the bats rolling, scoring 5 runs in the game. All 5 runs were the result of home runs in the 4th inning. Yonder Alonso hit a 2 run shot to start things off, making the score 2-1. The White Sox then had two singles in a row from James McCann and Charlie Tilson. Tim Anderson put the Sox in the driver seat with a 3 run home run after a strong 7 pitch at-bat.

The White Sox kept up the production on offense today. Their offensive prowess has not gone unnoticed as the team is hitting .254 as a whole which ranks 8th in baseball. The starting pitching has definitely been an issue this season. The White Sox currently have a team ERA of 5.29 so despite this team not being ready to compete, it seems a bit of starting pitching could make this team fairly dangerous.