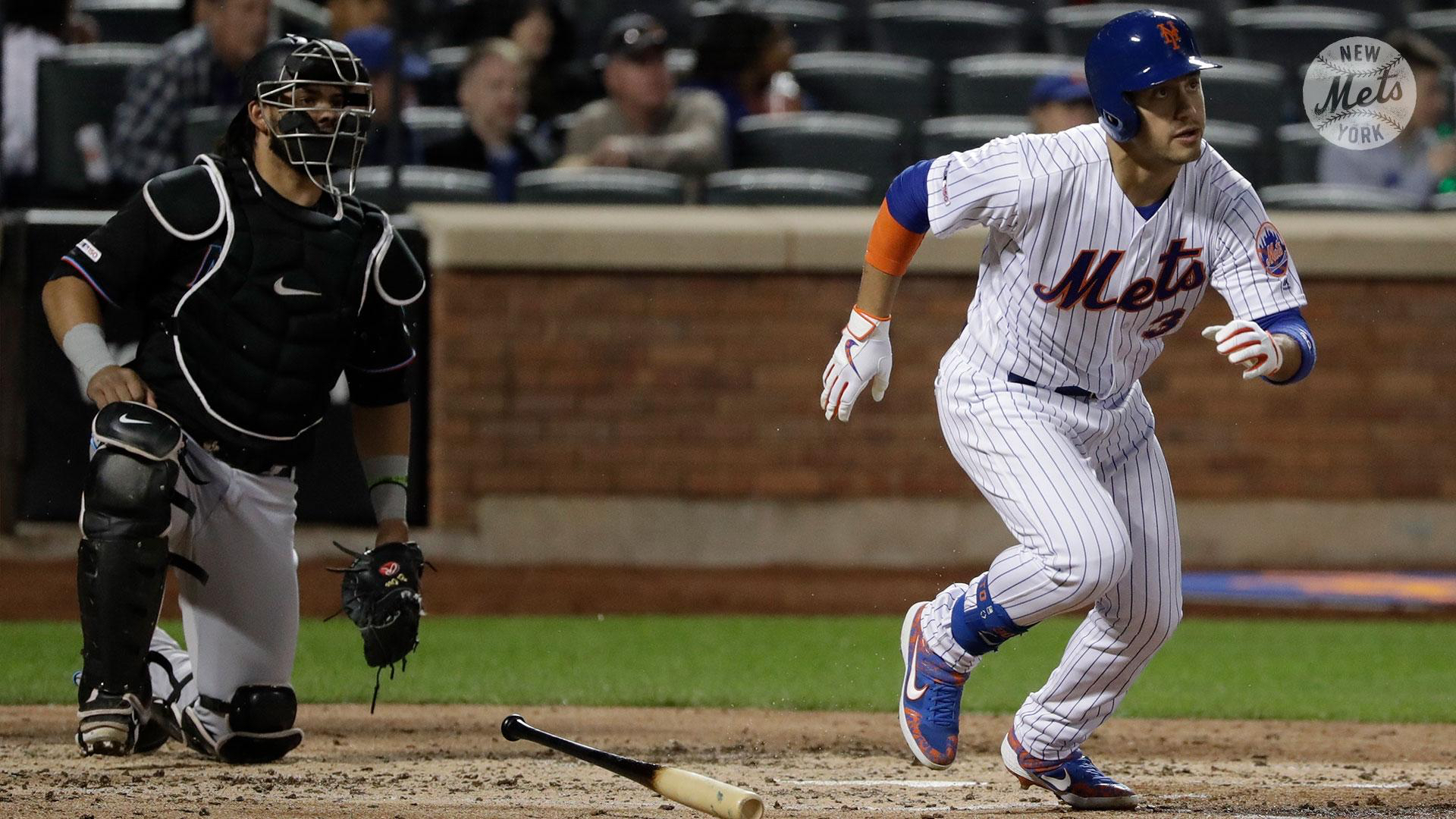 After the Mets started the week looking dead in the water, they finished off the week on a positive note after their series with the Marlins. The pitching staff and offense are starting to sync-up as the Mets look to get back in the division race. They currently sit at 19-20 and are 3.5 GB in the NL East. They will look to continue their rebound as they head to D.C. to take on the Nationals for three games and then to Miami for three games.

The Mets pitching staff has been great over the past week; both starters and their bullpen. Mets pitching currently holds 4.48 ERA; which ranks 19th in all of baseball. It may seem like that isn’t good at all (which it isn’t), however, it is so much better than the beginning of the year when the offense was doing all the talking. Jacob deGrom has lowered his ERA back down to 3.26, Steven Matz (who is currently on the IL) is pitching under a 4.00 ERA, and Wheeler is continuing to bring his back down under 4.00 as well. With the exception of Vargas (who had been great before landing on the IL), Noah Syndergaard is the only Mets starter that has been shaky. However, Thor has been better his last two starts, earning a win in both starts including a complete game shutout against the Reds.

The Mets bullpen has been considered to be the best in the NL East. With Seth Lugo and Robert Gsellman finally settling in, Mickey Callaway has felt a lot more comfortable lately going to his bullpen. The bullpen has five guys with an ERA of 3.00 or lower. Daniel Zamora (0.00 ERA in six games) and Tyler Bashlor (2.70 ERA in three games) have stepped up big time when the Mets bullpen fell to injuries. With Familia, and hopefully Justin Wilson, returning soon, the Mets have a great problem to have with their surplus of reliable arms.

After a miserable stretch where the Mets offense simply couldn’t score, they are finally starting to show signs of life. Combined, the Mets are hitting .250, which is good for 12th in all of baseball and sixth in the National League (and second in the NL East). This is also with guys like Wilson Ramos (batting .235) and Brandon Nimmo (batting .200) struggling at the plate. Michael Conforto busted out of his rough stretch with an amazing series against the Marlins, and Jeff McNeil currently holds the second highest batting average in baseball (.360, behind Cody Bellinger who is hitting .394).

The Mets offense came out of it with an 11 run performance against the Marlins in the first game of the series, and then four the next night. Don’t be too worried about the Mets offense just yet. Ramos and Nimmo won’t slump forever, and the rest of the Mets offense will continue to be just fine. The Mets overall look like they are starting to turn things around after a rough few weeks.

SF Giants Week Review: A Weird Road Trip (May 4-11)
Giolito Guides The White Sox Past The Blue Jays
%d bloggers like this: