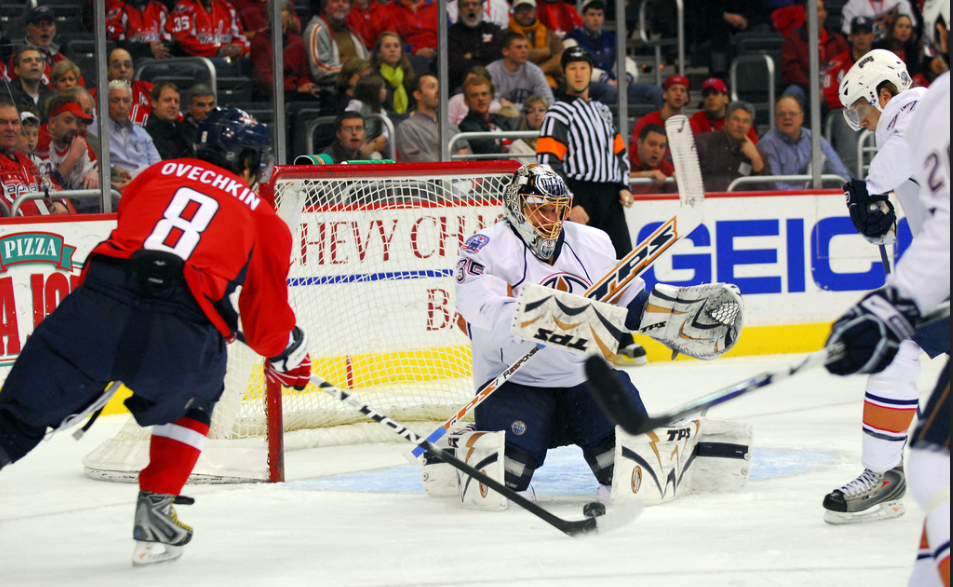 After an overtime loss to Dallas Stars, it looked like road trip woes might have followed the Capitals home. However, defeating the Edmonton Oilers 4-2 on Monday night gave them a little of their confidence back. Alex Ovechkin scored on the power play, keeping Washington ranked first with 36.6% effectiveness.

This was a different Capitals team than last week when they took on the Oilers during the Western Canada road trip. The Backstrom line efficiently went to work shutting down Connor McDavid, allowing the Ovechkin line to get their scoring chances instead of having to play defensively. Collective speed and a decreased number of turnovers allowed the Caps to seize the win.

Getting those two early goals could have been the catalyst for the Capitals win. They are 5-1-0 this season when scoring first. The fourth line was looking sharp with both of the Capitals’ first-period tallies. Jakub Vrána and Devante Smith-Pelly had the score at 2-0 before the first six minutes of the game, letting the Caps settle in.

Both goals were assisted by Travis Boyd, who was making his season debut with the team. After a lower-body injury during a preseason game, he was placed on injured reserve. His two assists on the night proved just how ready he was to get back out there. “I just wanted to feel comfortable and get back to the game reads and get back to the speed of the game. It’s just a bonus that our line was able to pop a couple tonight,” said Boyd.

Braden Holtby was allowed the rest day because he will need to be in prime shape for Wednesday’s game. Pheonix Copley’s third start of the season looked like his best. His first start against the Devils was an unfair showing without a team to support him.

A scheduled start against the Flames when the Capitals were rested looked better and did result in the win. However, now he looks settled in the crease. Copley was confident and calm, making some saves that kept the Caps in the game. With 31 saves on 33 shots and a .939 save percentage for the night, he was awarded the first star for his efforts.

The second round of the rivalry is here. The Capitals will face the Penguins Wednesday night at Capital One Center. It’s hard to predict who will come out the victor in this match. Washington is coming off a win that is a confidence boost on home ice. The Penguins have lost four games in a row. A 5-1 loss to the Devils and a 5-0 shutout from the Maple Leafs are bound to put them in a sour mood.

It will be up to the Capitals star scorers to get them on the board with a considerable lead. The Penguins will be looking to prove they are not this losing team and it’s unfortunate they’re going to have to take it out on the Capitals again. Holtby will need to be sharp, but the defensemen will need to be better if they want to win this one.