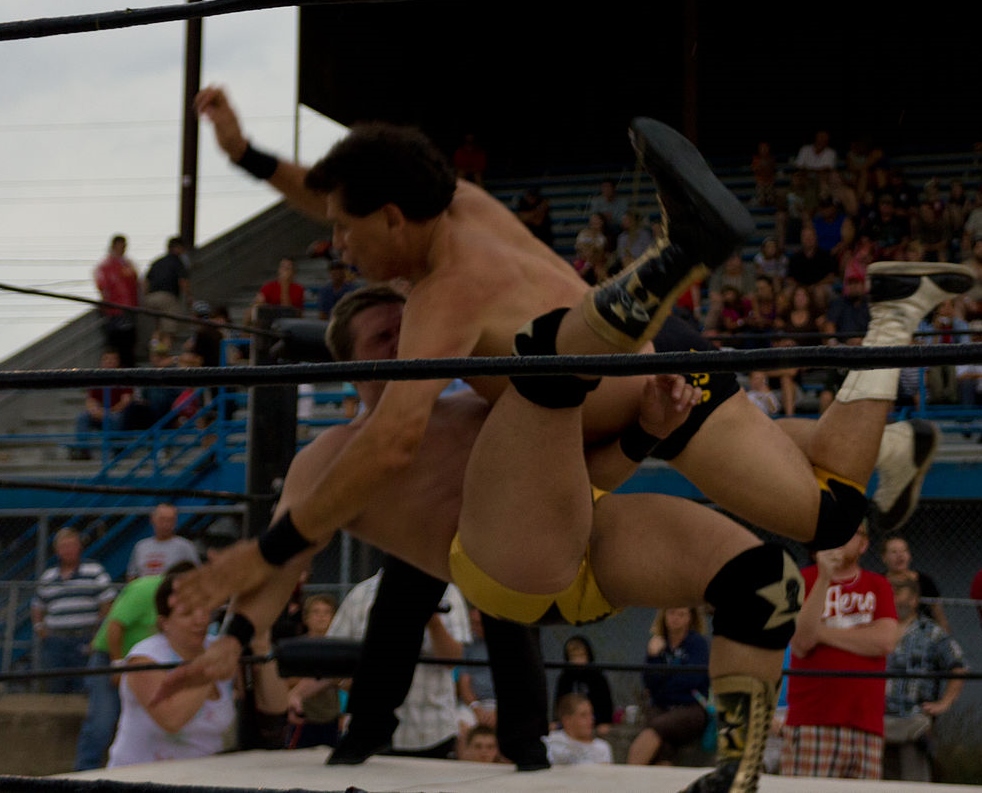 Independents – An Alternative to the Big Leagues

In the past, attending independent wrestling shows was what you did if you couldn’t afford a ticket to WWE or WCW. You knew you were a die-hard wrestling fan. At the time you were convinced one of the big promotions was the best in the world.

Small companies benefited from running small-town venues. Fans had little opportunity to see the big leagues and would get their fill by watching talent that either never had a shot at the big time or fallen stars of yesteryear who were clinging to their last bit of fame.

If you fast forward to 2018, the dynamic in independent wrestling has changed. Not that every company showcases prime time stars or even talents that the majority of wrestling fans can identify with. There are many companies that present talent most fans have never heard. There are a growing number of promotions who incorporate today’s hottest independent talents. That or they cultivate the mega stars of tomorrow.

One company that has struck a balance between mainstream independent talent and a focus on homegrown talent is the World Wide Wrestling Alliance. Their company headquartered in Hatfield, Pennsylvania runs shows every 2nd and 4th Saturday of the month at local venues. They have seen crowd sizes increase significantly in recent years.

Despite the occasional appearance by an established star, Tito Santana, Robbie E, etc, the backbone of the WWWA is its local talent who have worked hard to improve their in-ring performance which has garnered them the support of a loyal fan base. The company owner, Dino Sanna has spent more than 35 years booking shows. He has given the fans a very intimate and welcoming atmosphere at every show. Fans can mingle with the stars between matches, take photos, buy merchandise at intermission, and have that one to one feel that you can’t get with the WWE.

Though the names are not household commodities, the stars of the WWWA are putting on quality matches. Their current World Champion, Wyndham James Winthorpe III, plays an anti-American British heel. He has amazing mic work and can generate organic heat extremely well. Conversely, one of the biggest draws in the promotion, Ken Andrews, has an array of wrestling talent that is on par with some of WWE’s talent. He is the perfect example of the “Tweener” character depending on the storyline. The flash and high flying duties fall on Leo Sweet. He is the current WWWA High Impact Champion and who puts on amazing matches with virtually everyone he steps in the ring with. The WWWA Tag Team Champions, the Atkins Brothers are identical twins who are a throwback to the World’s Greatest Tag Team. They display incredible athleticism every time they get in the ring.

Other talents such as Rob Ziccardi, Roadblock, Molsonn, Slayer, King Kahlua, Harzang, King Blackie, Ty Reno, Slim Whiskey, Van Valley, and many others give it everything they have on a consistent basis. Even the ancillary characters are compelling. They include Kimberly Spirits and ECW’s Own Hat Guy who make for entertaining distractions at virtually every show.

Give them a Chance!

I encourage true die-hard wrestling fans to really think about checking out their local promotions. Despite the lack of pyro, huge entrances, video walls, and other amenities found in the big leagues, shows like the ones put on by Dino Sanna and the WWWA are not only an incredible value but an equally exciting experience. Check out the World Wide Wrestling Alliance.  Shows are every 2nd Saturday of the month at the Coventry Mall in Pottstown, PA or the 4th Saturday of the month at the Quakertown Farmers Market in Quakertown, PA.