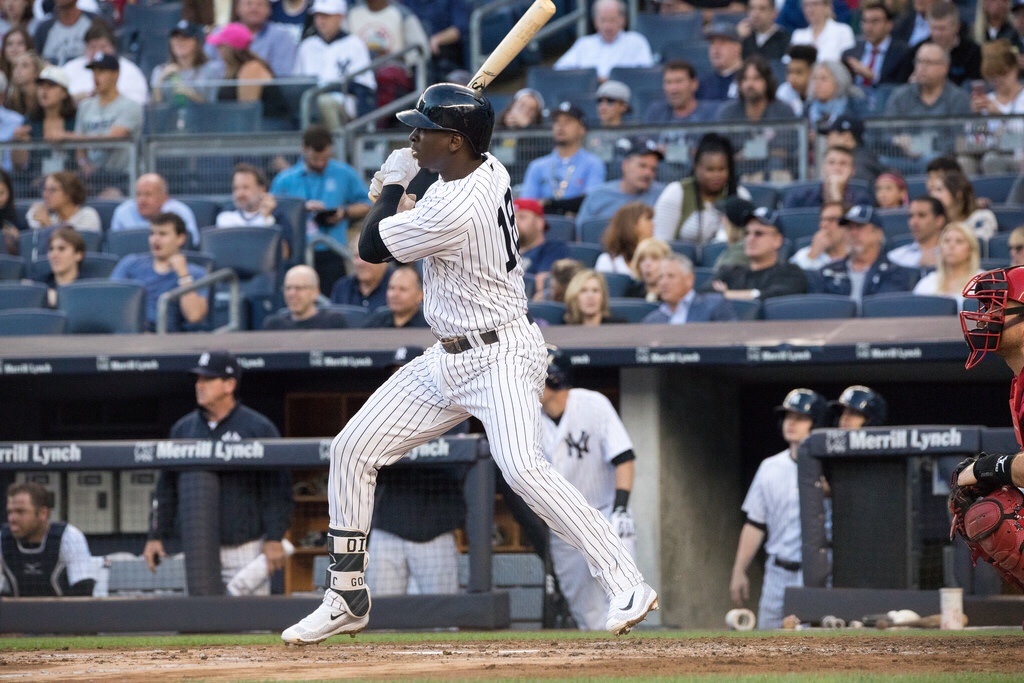 Didi Gregorius to DL with a heel contusion

Earlier this morning, the Yankees placed 28-year-old shortstop Didi Gregorius on the 10-Day DL. Didi was placed on the DL with a left heel contusion after colliding at first with Kendrys Morales on Sunday. The Yankees waited to learn more about the injury before announcing a roster move. Today, they announced that they would recall Luke Voit from Triple-A Scranton/Wilkes-Barre. Voit was acquired in a trade with the St.  Louis Cardinals back in July. Gregorius joins Yankees-sluggers Aaron Judge and Gary Sanchez on the disabled list.

Didi’s impact on the Yankees

Ever since joining the Yankees back in 2015, Didi Gregorius has emerged as one the best shortstops in baseball. So far in 2018, Didi is hitting .270 with 22 home runs and 74 RBIs through 118 games. Sir Didi has been one of the best Yankees hitters during his tenure and has also received some MVP consideration. At the beginning of the season, Gregorius picked up right where he ended off last season and began to hit everything in sight. For the first two to three months of the season, he was a legitimate MVP-candidate. Didi has cooled off since then, but his production has continued to be consistent for the majority of the season.

Will injuries hurt the Yankees?

With Didi on the DL, along with Aaron Judge and Gary Sanchez, the Yankees lose three critical pieces to their dangerous lineup. The Yankees are 9.0 GB of the Red Sox and currently hold the top Wild Card spot over the A’s by 3.5 games. They are also 6-4 over their last ten games and have won three in a row overall. However, with their ace Luis Severino struggling as of late, the Yankees need Didi, Judge, and Sanchez back as soon as they can. It does not seem likely that the Yankees will catch the Red Sox, but if they want to hold off the surging A’s, they need those big three pieces back fast.