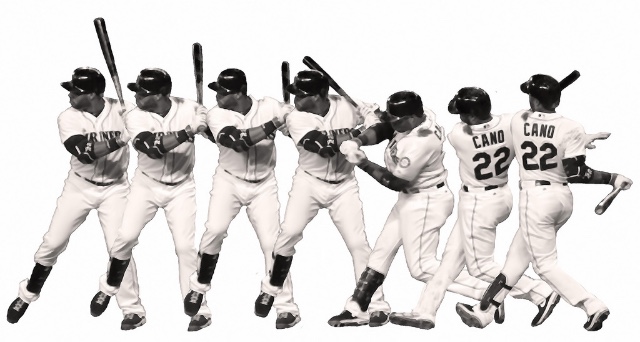 In a heated AL West battle, every game counts. Divisional matchup games count even more. Houston entered the series against the Mariners a game ahead of Oakland in the division. Seattle entered 3.5 games back of the second Wild Card spot. This divisional matchup series was very important for both teams.

Félix Hernández had been demoted to the bullpen following several rough starts. On August 14, he made his first and only relief appearance when James Paxton left the game. Monday night the King’s Court was back in session as Hernández faced the Astros’ Gerrit Cole. It was Hernández’s 400th career appearance.

The two teams were coming off a divisional matchup series in which the Mariners swept the Astros in four games in Houston. The teams seemed evenly matched.  Houston’s Marwin González hit a home run in the top of the first and the Mariners responded in the bottom with two runs. King Félix gave up three runs in the third inning, but the Mariners battled back. Heading into the seventh it was tied at four runs apiece.

In the eighth inning things got fun. Houston’s Collin McHugh got Zunino to pop out to centre, bringing up Dee Gordon. Gordon was unhappy with the called strike two and let the home plate umpire know it. Sensing trouble, Mariners manager Scott Servais headed out of the dugout to save his second baseman. Servais ended up ejected from the game after a heated exchange with the ump. Dee singled, as did Haniger, bringing Canó to the plate. Canó returned August 14 from an 80 game suspension for violating the substance abuse policy. In a moment of sweet redemption, Canó blasted a 3-run homer to win the game.

Tuesday night’s divisional matchup was rough from the outset. Both Nelson Cruz and Mike Leake were last minute scratches for the Mariners, who had a bullpen night. The Astros also had a bullpen night. Both Nick Vincent (Mariners) and Brad Peacock (Astros) made their first starts of the season. Jose Altuve also returned from the 10-day DL.

No one scored until the third inning, when Correa flied out to left with the bases loaded. Tony Kemp, who walked, scored the first run of the game. The Mariners responded in the bottom half with a Mitch Haniger run. Josh Reddick homered in the fourth and Correa scored on a González double in the sixth. The Mariners staged a small rally in the eighth, scoring one more run, but fell short.

In game 2 the Mariners turned a franchise record 6 double plays. The previous record was five and had happened twice. The last time was on September 3, 1981. They also got hit by pitches three times on Tuesday. Denard Span got hit in the third and was stranded. Dee Gordon got hit in the fourth and seventh. He was stranded in the fourth and picked off at first in the seventh.

Before Tuesday’s game the Astros announced that Roberto Osuna would be their everyday closer. Osuna returned August 5 from a 75-game suspension for violating the domestic violence policy. and is awaiting trial in Toronto. He did not pitch the ninth, even though it would have been a save opportunity.

The third divisional matchup in this series saw Seattle’s Marco González face off against Houston’s Charlie Morton. González struggled, giving up two runs in the first and one in the second. In the fourth, the Mariners’ starter gave up five runs before being pulled.

The Mariners staged their own five-run inning in the sixth. Morton faced four batters and did not record an out in the inning. He was replaced by Joe Smith who got Zunino and Gordon to fly out before giving up a two-run homer to Mitch Haniger. It was Haniger’s 20th of the season.

Oakland lost to Texas Wednesday, which means the Astros are in sole possession of first place in the AL West for now. The Mariners are now 4.5 games out of the wild card race.