Trayce Thompson Has Been Sent Back To The White Sox 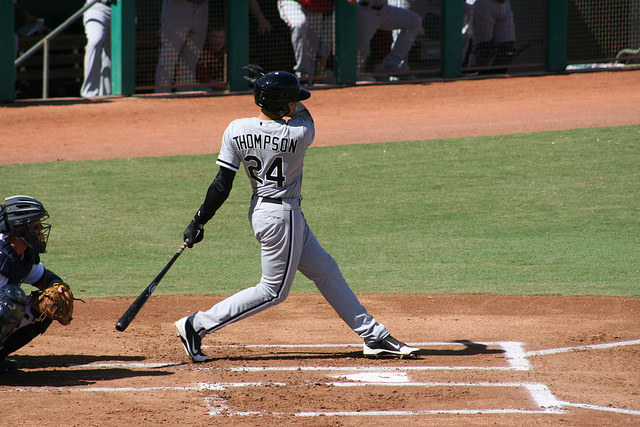 Trayce Thompson Has Been Sent Back To The White Sox

In the exchange shortstop/utility man, Tyler Saladino will now play for the Milwaukee Brewers. Saladino spent three seasons with the White Sox with his best year being in 2016. Through his career, Tyler Saladino has a .231 average with 12 homers 68 RBIs and 24 stolen bases. However, like Thompson, Saladino has not seen much playing time in 2018. Having only 9 plate appearances, Saladino has a .250 average and 3 strikeouts.

Looking at the White Sox end of the trade, Saladino has not seen much play in 2018. With Yoan Moncada and Tim Anderson as the daily duo up the middle, there was not a starting spot for him. Also with Matt Davidson and Yolmer Sanchez rotating between third base and designated hitter, there was simply not many opportunities for Saladino.

The White Sox have likely acquired Thompson to come off the bench and play occasionally in right field. Thompson will provide a more viable option as the 4th outfielder as Leury Garcia has struggled in the field to start the season. Neither Saladino or Thompson have been great hitters so only time will tell how this works out for each team.

I am the MLB Editor and White Sox writer here at TSJ 101 Sports. Since I was a little kid, my dream has been to be involved with the sport of baseball. Also, you can support me and my dream by donating me a Ko-Fi with the button below. Thank you for the Support!

Cubs/Cardinals Set To Face Off In The First Of A Three-Game Series
Cubs Split Two Game Series Against Division Rival Cardinals
%d bloggers like this: