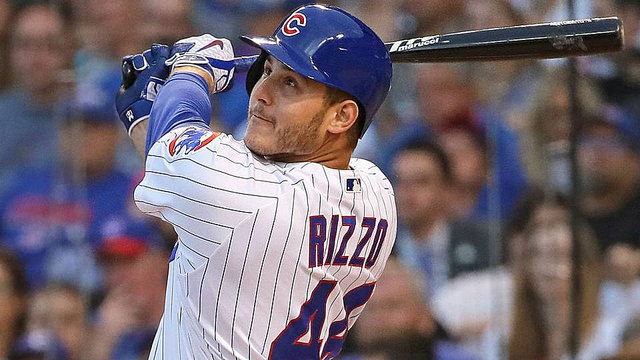 After a snow out in yesterdays finale against the Braves, the Cubs are right back at it again. Facing off against the St. Louis Cardinals, these series are always a lot of fun to watch and never seem to disappoint. There are a lot of things I’m looking for in this Cubs/Cardinals series, the biggest, however, is the return of Cubs first baseman Anthony Rizzo. With the way the Cubs offense has looked in the past few games, it will be a huge boost to the line up to have our star player back in the lineup. Also, I would like to see how Tyler Chatwood handles his start after getting pounced on his last start for 5 runs.

Tyler Chatwood takes the bump for the Cubs tonight, posting a 4.91 ERA that isn’t pretty but its better than his opposition. Adam Wainwright goes for the Cardinals and is holding a 5.06 ERA early on in the season. I like Chatwood’s matchup today in the extreme cold especially since he is a groundball pitcher, that should help him out in today’s start. Wainwright has been sketchy so far this season. In just 2 starts he has only been able to go 10.2 IP with a WHIP of 1.50, and I can’t imagine that he’s going to do any better in today’s game.

After Saturdays amazing 12 unanswered run comeback I would hope that would be the start of a new looking offense. Or it could be like the previous season and the Cubs may struggle to put even a single run on the board all night. This Cubs/Cardinals series could be what the offense needs to get going on a consistent basis. Whatever happens, it’s important to remember that it is still early in the season.

The White Sox Bats Remain Cold In Oakland
Trayce Thompson Has Been Sent Back To The White Sox
%d bloggers like this: