Conforto Does It All In Mets Win Over Twins 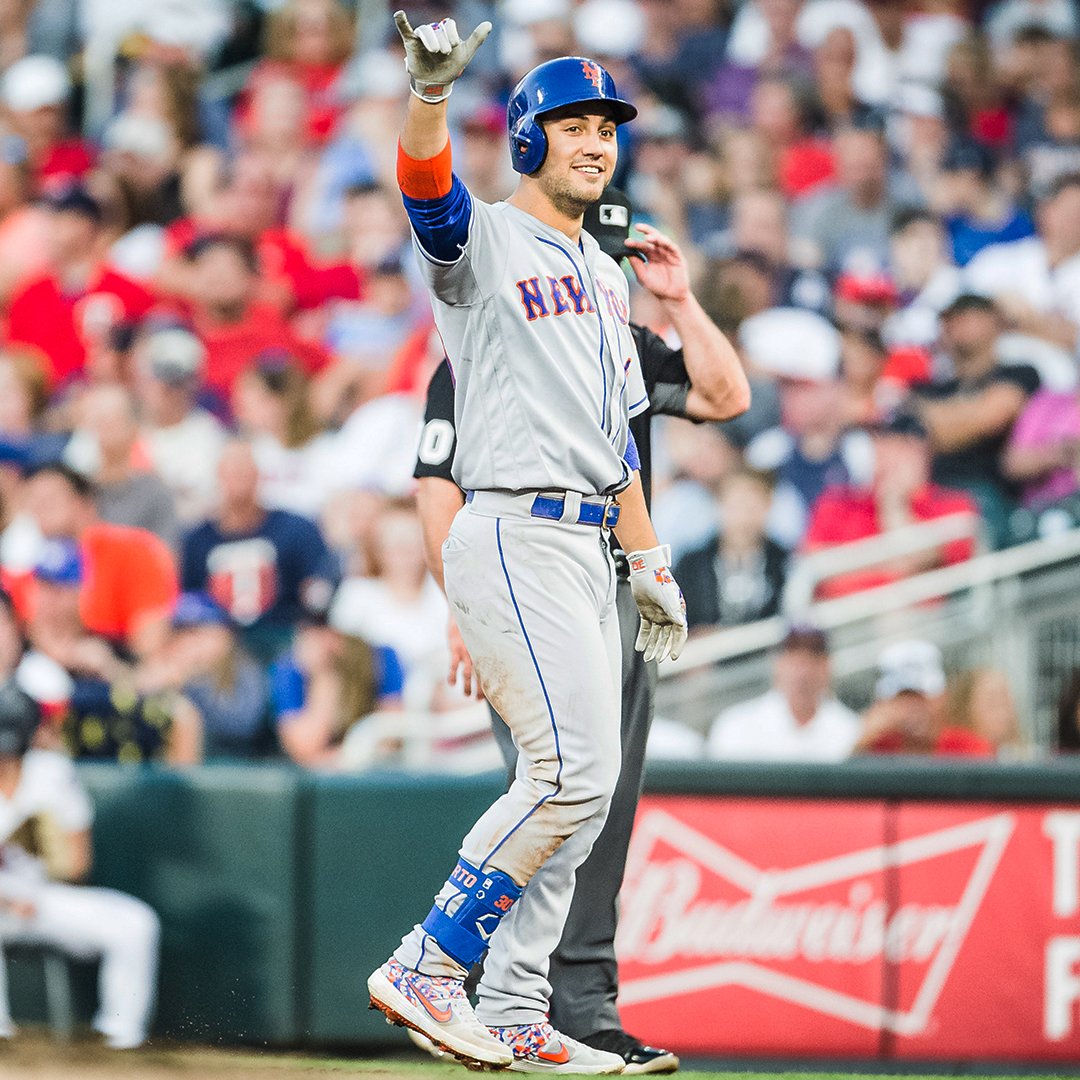 Conforto Does It All In Mets Win Over Twins

Mets outfielder Michael Conforto did it all in the Mets 3-2 win over the Twins. Conforto went 4-4, drove in a run, and made a fantastic catch out in center field. The Mets will look for the two-game sweep tonight as they send Jason Vargas (3-5 with a 4.23 ERA) to replace an injured Zack Wheeler to take on Martin Perez (8-3 with a 4.26 ERA).

The Mets offense got started early in Minnesota. After Jeff McNeil led off the game with a single, he and Conforto would advance to second and third respectively after a passed ball from Twins starter-Michael Pineda. Then, Robinson Canó would get the Mets on the board with a sac-fly, followed shortly by Conforto scoring on a fielding error.

In the third, the Twins would get on the board thanks to a Jonathan Schoop homer. Mets starter Steven Matz would limit any further damage thanks to an amazing catch from Conforto. They would later tie the game in the fourth thanks to a Max Kepler groundout.

Conforto would not go quietly. He would later add his third hit of the day with an RBI single to give the Mets a 3-2 lead. Edwin Díaz would later come in and notch his 21st save of the season for the Mets.

Thanks to his third four-hit game in his career, Conforto was able to raise his line to .251/.364/.475 with 17 homers, 48 RBIs, and 49 runs scored. In addition, he is batting .292 and slugging .458 with five RBIs in his last seven games. Conforto has been streaky for much of this year, however, so far in the second half is starting to come out with his bat. His bat will prove to be a key component if the Mets are serious about getting to October.