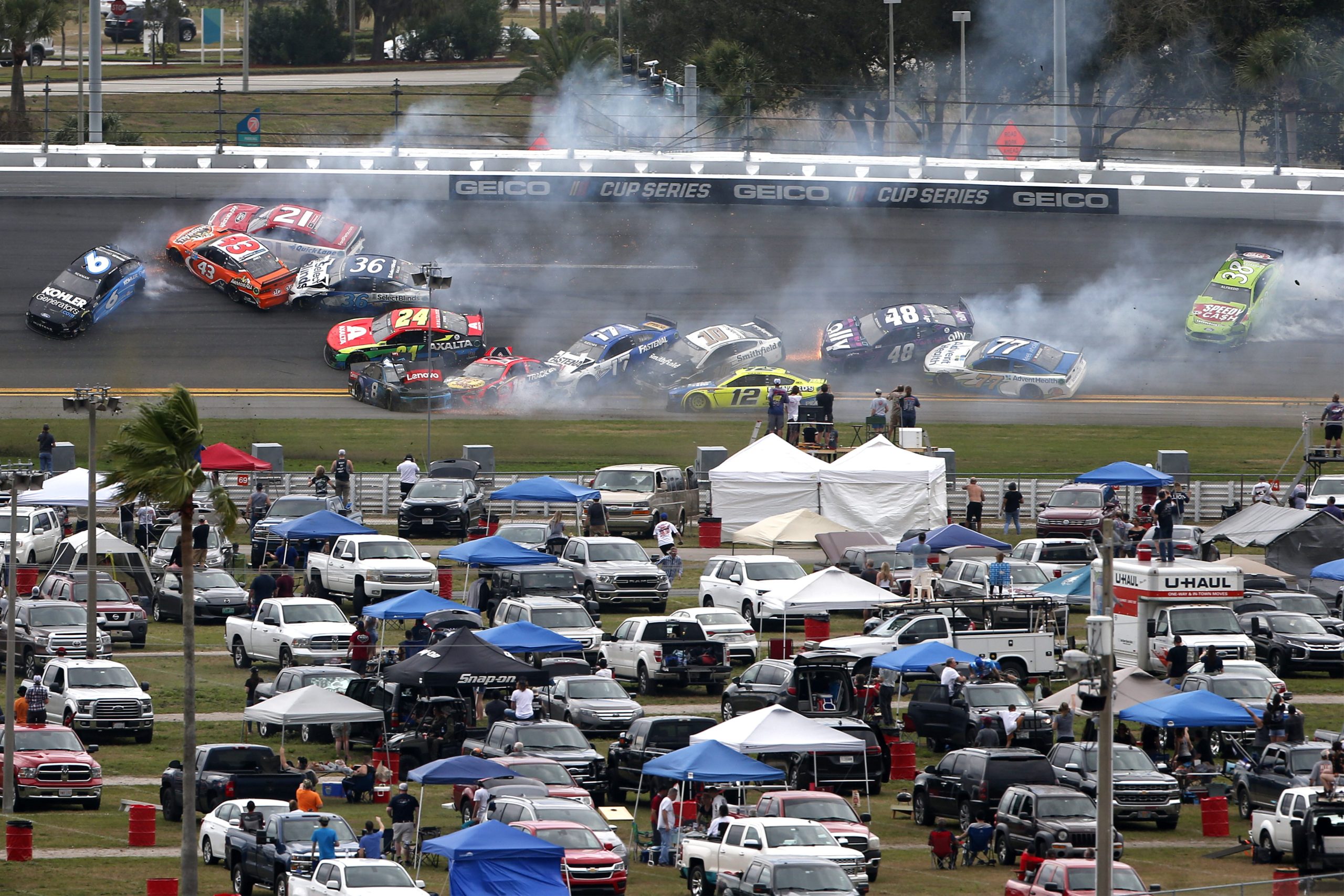 The 63rd running of the Daytona 500 is set to resume action at 9 p.m. ET tonight. Race coverage will continue on FOX, MRN, and SiriusXM NASCAR Radio. Kevin Harvick leads the race on lap 15 with Christopher Bell and Austin Dillon behind him.

Country music singer Luke Combs performed, GRAMMY® Award-winning global superstar Pitbull got the engines fired, and WWE champion Sasha Banks waved the green flag to kick off the event. On lap 3, Derrike Cope had an issue that sent him into the outside wall in turn 4, ending his race early. Cope, the 1990 winner of this race, was making his final Cup Series start and first attempt at the 500 since 2004.

Some drivers were able to drive away with damage, while others were knocked out of the race. During the lap 14 caution, a lightning strike put us under a holding pattern where rain arrived shortly after. NASCAR continued track drying and found a window to get the race restarted.

TSJSports will continue to provide live updates as the Daytona 500 gets back underway.

63rd Daytona 500: Everything You Need to Know
Michael McDowell Wins Daytona 500 in Last-Lap Thriller
%d bloggers like this: