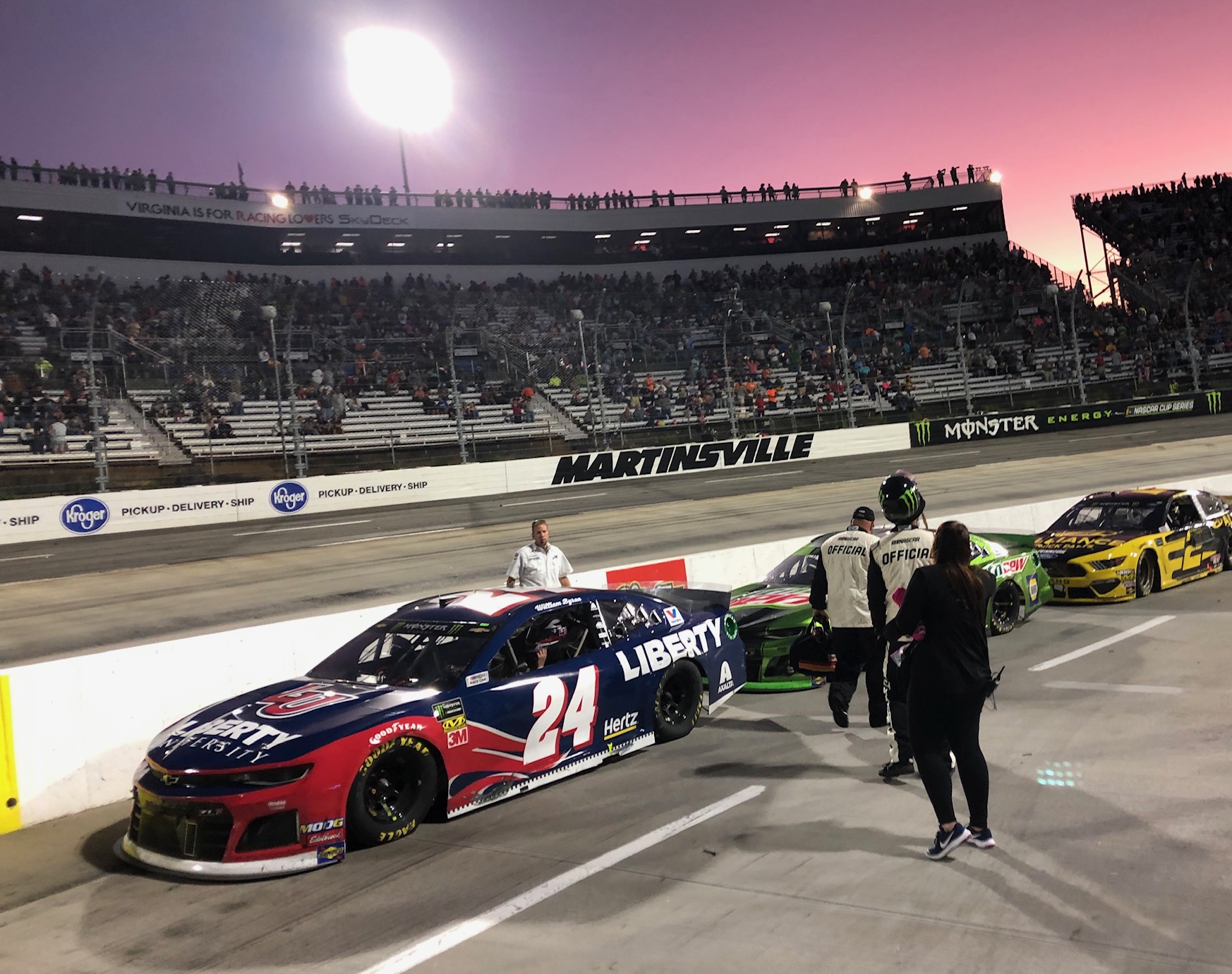 William Byron has done nothing short of impress in his sophomore season. With 7-time championship crew chief Chad Knaus on the pit box, the #24 has gone from a top-25 car to a top-10 car. In total, they’ve claimed five top-fives and 13 top-tens with just three races to go in 2019.

In last weekend’s Martinsville race, Byron scored a 2nd place finish, tying his career-best. He tried but wasn’t able to pass Martin Truex, Jr. for the win within the last few laps. The race could be considered the best in his young career with 142 laps inside the top two, 352 laps in the top five and 499 of 500 laps inside the top 10.

“We got closest to him then we’d had all-day in that last run,” Byron said when he climbed out of the car. “I think there was a moment in time that if I could have cleared him, I would have been gone. I just didn’t get that moment and ultimately it just came down to what it was.  He (Truex) ran an awesome race and lead probably the whole race so those guys deserved it.”

Following the race, a big supporter of driver #24 was his team owner Rick Hendrick. Hendrick commended Byron on his strong showing at a tough track.

“It’s unbelievable,” Hendrick told the press. “For the kid-excuse me-the young man to be driving like that here in one of the hardest tracks in NASCAR, I was so proud of him. We were saying we just wanted to finish in the top-ten but to push like he did and have a chance to win the race against the #19 is pretty awesome. I’m super excited about him for the future.”

Another major supporter of William Byron was a previous driver of the #24, Jeff Gordon. With nine wins at Martinsville Speedway, Gordon knows a thing or two about getting around the Virginia short track.

“I was so impressed,” Gordon said about William Byron’s run. “This is one of the toughest places to get figured out. I don’t think anyone in the garage area works harder than William does on his preparation of the data and simulator. Now he’s there. I mean he raced with some of the best out there and now the next time he comes back here he’ll come with confidence and know exactly what he needs.”

Will Byron Score His First Career Victory This Season?

With only three races remaining in the season, time is running out for Byron to score his first career victory in 2019. This weekend NASCAR heads to Texas Motor Speedway, a place that may be Byron’s best chance. Earlier this season the Charlotte, North Carolina native claimed a sixth place finish after starting from the front row. His two other shots will be at ISM Raceway in Arizona and Homestead Miami Speedway in Florida.

Do you think William Byron will win one of the next three races?

Martin Truex, Jr. Stomps the Field in First Data 500 Win as Tempers Flare
Kevin Harvick Hunting for Another Homestead Berth at Texas
%d bloggers like this: