Will Auto Club Speedway See a Repeat Winner or a New Driver Taking the Victory? 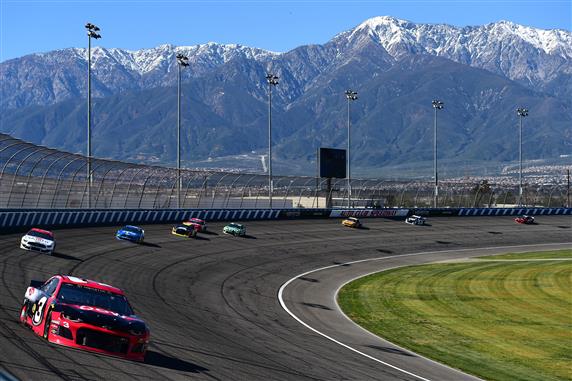 Drivers With Past Success at Auto Club Wanting More for 2019

As the Monster Energy NASCAR Cup Series heads to California this weekend, there are many contenders. Can a past winner at Auto Club Speedway return to victory lane on the 2 miler? History at Fontana shows a mix of dominant drivers as well as first time winners, so let’s look at all of the active Auto Club winners.

The all time wins leader at Auto Club Speedway, Jimmie Johnson has seen California victory lane 6 times. Although his most recent victory came in 2016, he is not as dominant as he once was in recent years at Auto Club. In his last 6 appearances on the 2 mile track, Johnson has just 3 top 10s. Coming off an 8th place effort at Phoenix however, the 48 does have some momentum. Watch out for Johnson to be a sleeper on his home track.

The only Chevrolet driver with a top 5 this year, Kurt Busch’s lone Auto Club win came back in 2003. However, he has posted a top 5 result here with 4 separate teams. The 1 car has been fast so far in 2019, wih 3 straight top 10 finishes. With this level of versatility at Fontana, the 1 Ganassi Camaro will likely be quick again this weekend.

Perhaps the hottest driver in NASCAR now, Kyle Busch has to be considered a strong favorite for the California win. Kyle has 3 Fontana victories, including consecutively in 2013 and 2014. If Kyle can pull off the win, it would be his 200th NASCAR National Series victory. With the momentum of last week’s ISM Raceway win, expect the 18 to be a strong car on Sunday.

The Bakersfield, California native has been oddly streaky at Fontana, with just a sole win in 2011. In his last 6 Auto Club starts, Kevin Harvick has just 2 top 10s, both being 2nd place finishes. In this race a year ago, Harvick was going for 4-straight wins. An incident with Kyle Larson took the 4 out of contention early. With a lack of late race execution, the 4 may have to pull off a daring strategy call to be in position to win.

Another team locked into the Playoffs, Brad Keselowski’s recent Fontana stats are among the best in the series. In the last 5 California races, Keselowski has scored more points than any other driver. The Penske 2 also has a streak of 4-straight top 10s in California. This includes a win in 2015 after a last-lap pass. Team Penske as a whole is fast with the new aero package, so expect to see the 2 up front.

The most recent California native to win at Fontana, Kyle Larson has been amazing in his short career on 2 mile tracks. In 5 career Auto Club starts, Larson has three top 2 finishes. This includes his win in 2017, where he led 110 laps. From his debut here, Larson has been a strong driver at California. Can he return to his winning ways?

A year ago, the 78 left everyone in the dust in California, taking the victory in dominating fashion. Now in the Joe Gibbs Racing 19, can Martin Truex Jr repeat his California success? His 2018 win was only his second ever top 5 in California. It also marked just his third time leading more than 10 laps. With two 2nd place finishes already this year, expect the 19 to be fast in Toyota Racing Development’s backyard.

Lacking a spot on this list of winners at Fontana are some of the top drivers for 2019. Names such as Hamlin, Logano, Elliott, and Blaney are all still searching for their first win on the California 2 mile track. For Denny Hamlin especially, he seeks vengeance at the track where he had a vicious injury 6 years ago.

Auto Club Speedway is known for repeat winners, but also has its fair share of first time California victors. Tune into Fox on Sunday to see if a past Auto Club winner or a new face will be in victory lane at Fontana.