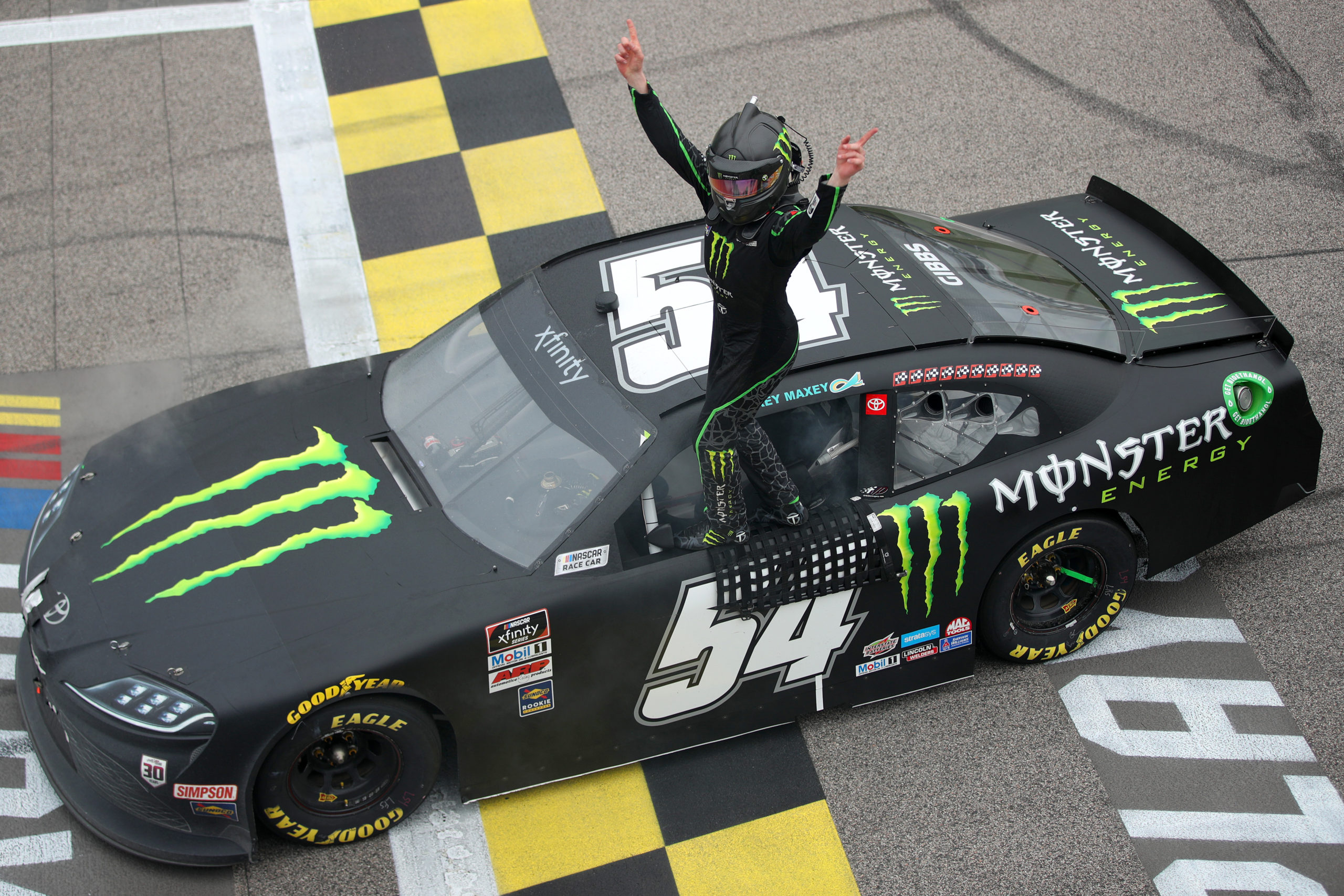 KANSAS CITY, KS – Ty Gibbs picked up his fourth career NASCAR Xfinity Series victory at Kansas Speedway on Saturday. The 19-year-old rookie had to rebound from a late penalty to find victory lane. Gibbs was able to drive to the lead on a late-race restart, passing Austin Cindric who led 151 laps prior.

“He (Cindric) got a little bit free and slid down a little bit in 3 & 4,” Gibbs told NBC after climbing from his car. “I could just get to his left-rear and side draft him and get away from him. Luckily I pulled out with it. I got loose a couple of times over there but I was just trying to give it my all. Just trying to come back with the win. To have four wins this year in the Xfinity Series is just unbelievable. All glory to the man above.”

In addition to his four victories this season, Gibbs has nine top-fives and 10 top-tens in his 17 Xfinity Series starts. He also picked up the ARCA Series championship just after Saturday’s NXS race.

With two straight non-playoff driver wins, the race for which drivers transfer to the Round of 4 remains wide open. Currently, Austin Cindric and AJ Allmendinger remain tied atop the standings but neither should feel comfortable heading into Martinsville.

Playoff drivers Noah Gragson and Harrison Burton have added pressure heading into Martinsville as the two were involved in a wreck on lap 180, ending their days. Both now sit in an uncomfortable position under the cutline, likely setting up a must-win strategy. Burton’s teammate Brandon Jones will likely also need to win at Martinsville to advance.

You can catch the next race of the NASCAR Xfinity Series Playoffs at Martinsville Speedway on October 30th. The “Dead on Tools 250” goes green just after 6:00 p.m. ET on NBCSN, MRN, and SiriusXM NASCAR Radio Channel 90. Eight drivers will be cut to the four that will do battle for the 2021 NXS Championship.