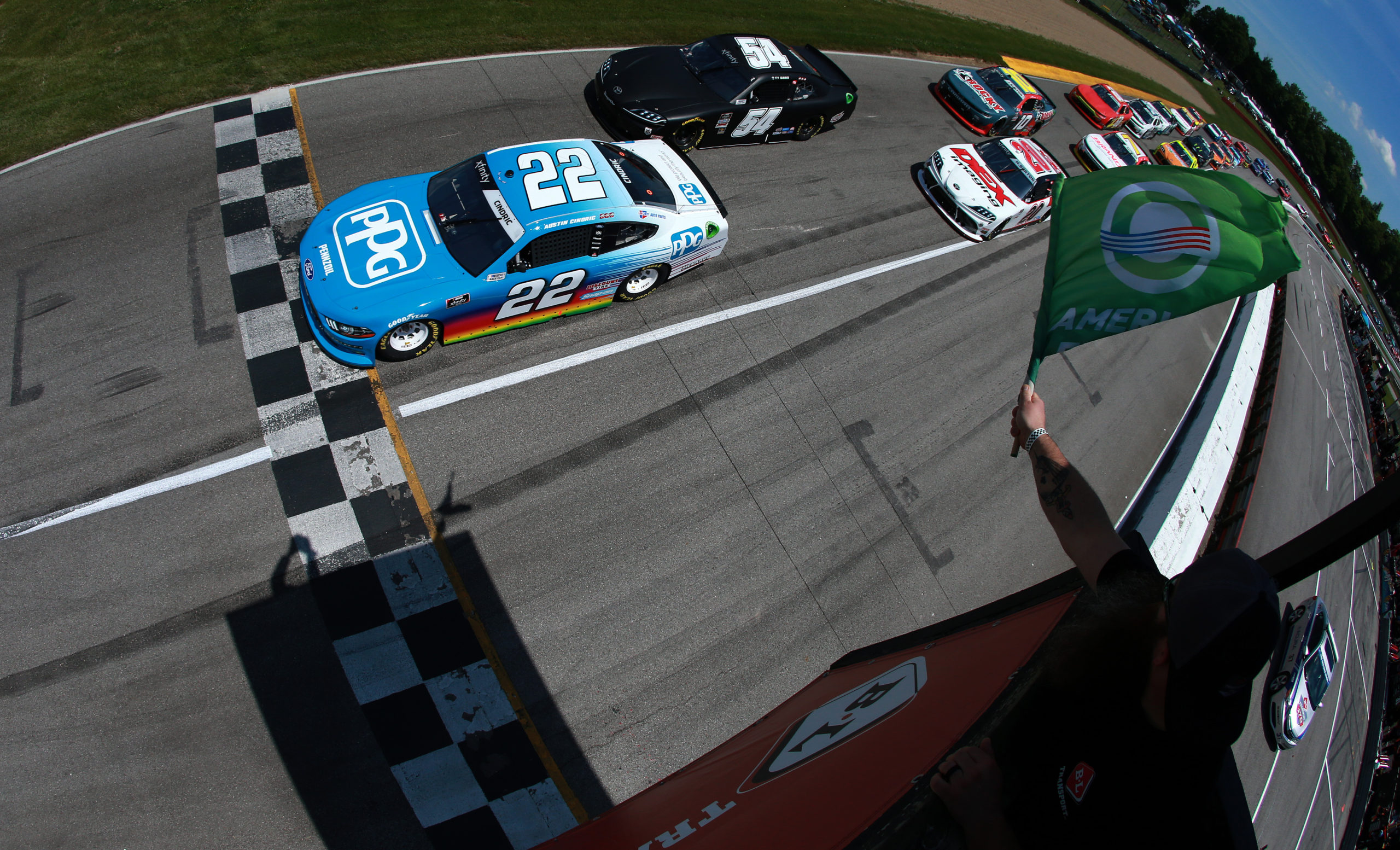 DAYTONA BEACH, Fla. – Wednesday morning, NASCAR dropped the 2022 schedule for the Xfinity and Camping World Truck Series. This announcement follows the Cup Series schedule unveiled a few weeks ago. Much like then, each division features a few changes for 2022. In Xfinity, they will visit Portland International Raceway for the first time in series history. Thus adds another road course to their lineup in an all-new market. Meanwhile in Trucks, they will compete on three new venues, including a few returning tracks. The Truckers will tackle Sonoma Raceway, Mid-Ohio, and also come back to Lucas Oil Raceway.

With the additions of some circuits to each schedule, some races did have to be removed. The Xfinity race at Portland replaces their annual trip to Mid-Ohio Sports Car Course. Rather than competing on the 2.25-mile, 13 turn course in Lexington, NASCAR’s second-tier series will visit the Pacific Northwest.

Oregon’s Portland International Raceway is a circuit that IndyCar runs, and also previously hosted the Truck Series. PIR is a 12-turn track that measures just under two miles in length. Their Xfinity race will be on Saturday, June 4. This will mark the first NASCAR national series race in the Pacific Northwest since 2000.

With the Truck Series adding three news tracks, they lose the Daytona Road Course and Canadian Tire Motorsports Park. The decision to not return to Canada for 2022 was largely pandemic-driven, with the current unknowns of COVID-19. The Trucks also gain a race, bringing their season up to 25 dates for the first time since 2011. Their race at Lucas Oil Raceway is also a series first since the 2011 season. The Truck race at the Brownsburg, Indiana bullring will be a prelude to Xfinity and Cup action on the Indianapolis Road Course.

“For the NASCAR Xfinity Series and Camping World Truck Series, we loved the idea of being able to deliver new road courses to both schedules and a short track for the Camping World Trucks while still returning to our traditional venues and the new tracks we introduced in 2021,” said Ben Kennedy, NASCAR senior vice president of strategy and innovation. “Not only do these changes continue to deliver on what our fans are asking for, but we feel they will create even more drama and intensity as drivers battle to win championships at Phoenix Raceway in November.”

How do the Playoffs Shake Out?

The Truck Series Playoffs will kick off at Lucas Oil Raceway on Friday, July 29. Sonoma’s Truck race also falls on their Cup race weekend in early June. Kansas (Sept. 9) and Homestead (Oct. 22) will serve as their two Playoff elimination races.

The 2022 Xfinity Playoffs will begin at Texas Motor Speedway on September 24. Like with Cup, their elimination races will be the Charlotte Roval (Oct. 8) and Martinsville (Oct. 29).

Aside from the above changes, the schedule for both series largely mirrors the Cup Series. In total, 15 tripleheader weekends make up the 2022 NASCAR season. All three series will also crown a champion at Phoenix Raceway in November. Phoenix will host their third-consecutive NASCAR Championship Weekend November 4-6. Subsequently, broadcast times and networks for all of these races will be announced at a later date.

Hamlin Cashes in Big with First Vegas Win
Who Can Tame Wild Unknown of Talladega?
%d bloggers like this: