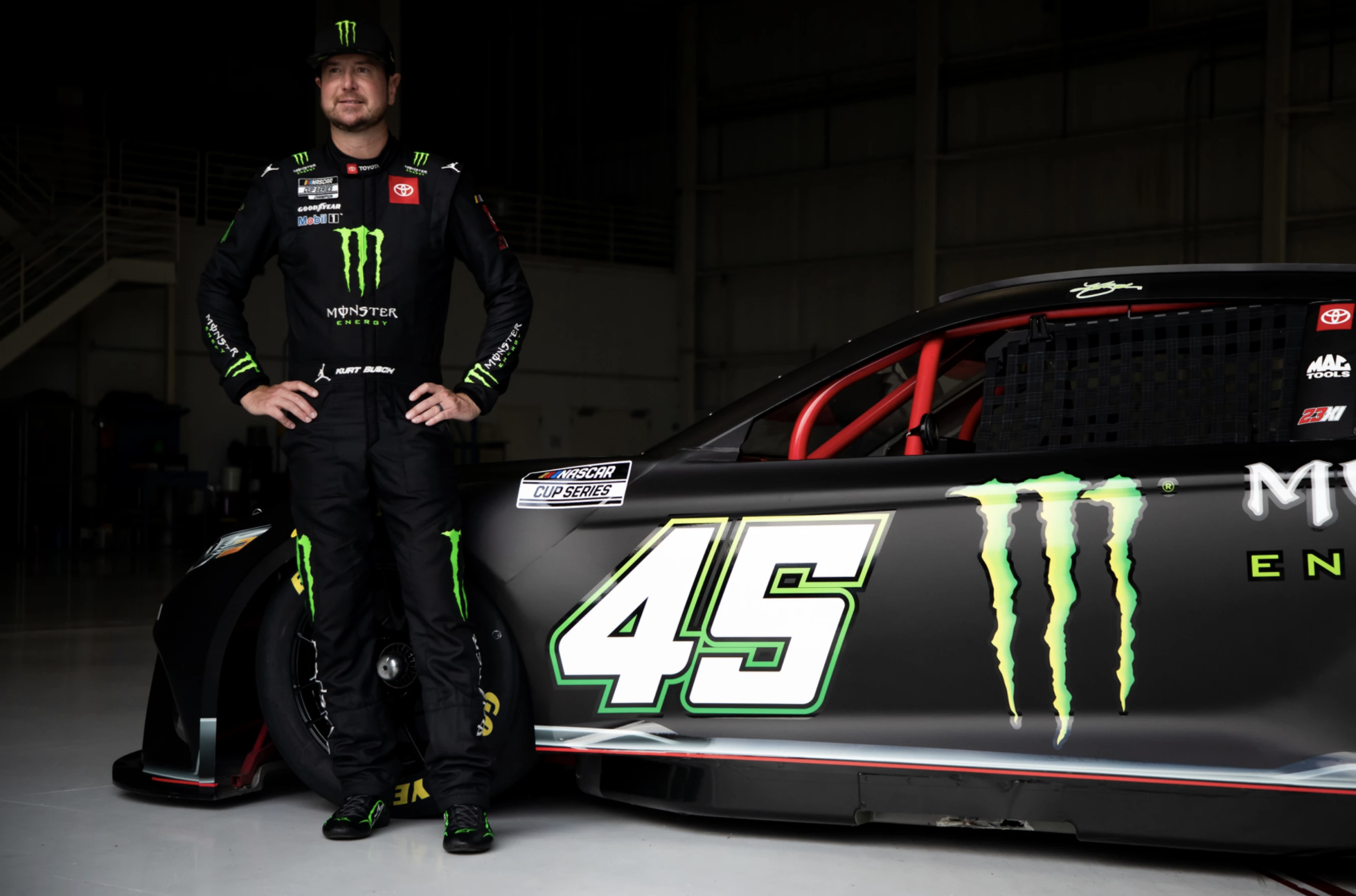 DAYTONA BEACH, Fla. – Kurt Busch and 23XI Racing have announced the 43-year-old Cup Series veteran will join the team beginning in 2022. Busch leaves Chip Ganassi Racing, a team exiting the NASCAR Cup Series, where he drove the No. 1 car for three seasons. Alongside teammate Bubba Wallace in the No. 23 car, Kurt will pilot the No. 45 Toyota Camry.

“I cannot begin to express my gratitude for this opportunity,” Busch said in the 23XI team release. “Racing to win is what I live for. Helping to continue developing a new team, alongside Michael Jordan, Denny Hamlin, and Toyota is exactly what I want to be part of. Winning is important to 23XI, it’s important to Monster Energy, and it’s important to me. That is our goal.”

23XI Racing made its Cup Series debut in 2021 with driver Bubba Wallace. In an effort to continue growth, team owners Denny Hamlin and Michael Jordan were on the hunt for a veteran driver. With a Cup Series championship, 33 wins, and 326 top-10 finishes, Kurt Busch was an obvious leading favorite in what will be his 22nd Cup season.

“When we started this team, our vision was to grow to a multi-car organization. To be able to expand in just our second year is a huge step for us,” Denny Hamlin, 23XI Racing co-owner said in a team release. “Kurt brings a wealth of knowledge and a championship mindset to our team, and will be able to help us grow stronger and more competitive each and every week.”

Additionally, Busch does bring long-term partner Monster Energy as the primary sponsor. Team personnel and any additional sponsorship announcements will come at a later date.