Who has an Advantage for Bristol Dirt? 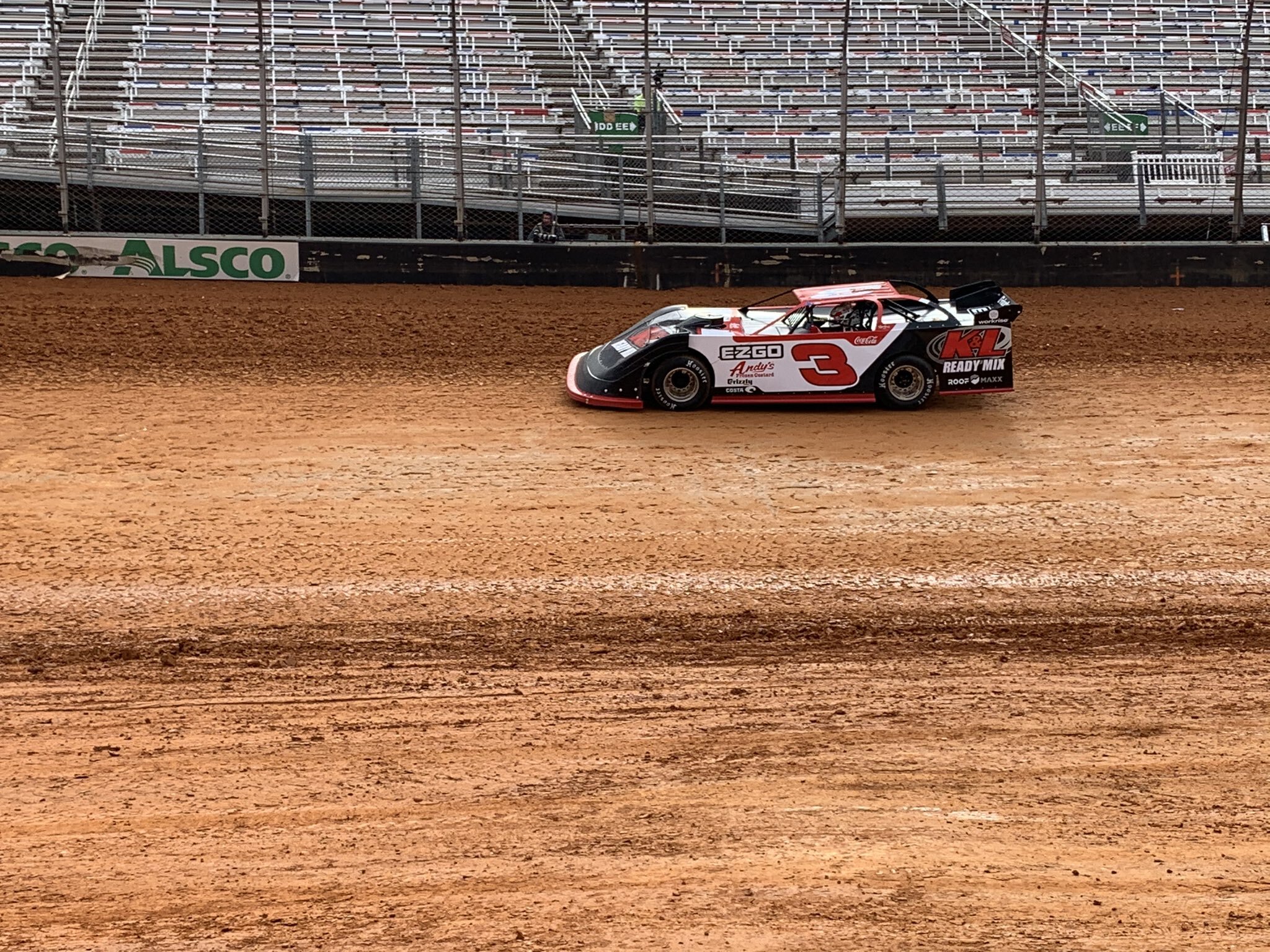 Who Has an Upper Hand for Bristol Dirt?

For 51 years, NASCAR Cup Series cars have not raced on a dirt surface. This streak dates back to September 30, 1970 at the North Carolina State Fairgrounds. That will change on Sunday, as the Cup Series will compete on a makeshift dirt track at Bristol Motor Speedway.

Nobody in the field of 39 has any experience in a Cup car on dirt. However, several do have past experience in a NASCAR vehicle on a dirt track. Of the seven past Truck Series winners at Eldora, five of them will take the green flag on Sunday. Eldora Trucks is not a perfect comparison to a Cup car on the Bristol high banks. However, past track time in a NASCAR vehicle on dirt may just pay off. Let’s take a look at the resumes of the past Eldora Truck winners in Sunday’s race, as well as a few other dark horse dirt veterans.

The winner of the inaugural Truck Series Eldora race back in 2013, Austin Dillon has quite the dirt racing history. The elder Dillon brother grew up racing dirt late models, before transitioning to pavement. Dillon has kept up with his racing roots, still making occasional trips to a grassroots racetrack. Driver No. 3 has gone to great lengths to be as prepared as possible for the Bristol Dirt race, already turning laps at the Tennessee half mile. Dillon has picked up a three wins at the Bristol Dirt track in the 604 modified division. Dillon’s three victories account for one feature and two heat events.

Dillon is one of numerous NASCAR stars who has run at Bristol throughout the Dirt Nationals weekend. The RCR 3 team also has a knack for winning crown jewel events. Perhaps no win this year would be bigger than the Food City Dirt Race.

2014’s Eldora Mudsummer Classic winner, Bubba Wallace enters Bristol with high hopes of showing out. Wallace won the second Eldora race with very minimal past dirt experience. However, 23XI Racing has had a very up-and-down year so far, with some issue befalling them in each race. Wallace’s best finish so far is 16th, coming in both of the last two races. Wallace explained if the past Eldora win gives him any added confidence.

“I’m just excited for the opportunity,” Wallace said earlier this week. “I might be the one to watch, but it might be for some crazy reasons, but that’s every race. Going into it, we’re just focused on having as much fun as we can. Obviously you’re going to have to be learning from the moment you hit the racetrack to the time you leave how we can be better.”

While Wallace is far from a dirt veteran, he stunned the NASCAR world with an Eldora victory. In the right circumstances, he could surprise many again. 23XI still has much growth and cohesion to do as a team before they are regular contenders. However the Bristol Dirt race could be their best showing yet.

One of the greatest dirt racers on the planet, Christopher Bell enters Bristol as one of the heavy favorites. The driver out of Norman, OK is a three-time Chili Bowl Nationals winner, 2015 Eldora Truck winner, three-time Turkey Night Grand Prix winner, and also was the 2013 USAC National Midget Series Champion.

To put it bluntly, if it has wheels and an engine on dirt, CBell has likely ran it and won in it. Alongside Kyle Larson, many are already pinning Bell as the eventual winner for Sunday. While he does have three top-10s in three Truck starts at Eldora, it is not a certainty that Bell will take his second career win on Sunday. Bell will without a doubt be one of the favorites. But he must maintain focus for a longer dirt race than any he’s ever competed in. Bell might just be a showstopper Sunday, as he will definitely make Bristol Dirt entertaining to watch.

Aside from Bell, the other driver many are pointing at as an almost-guaranteed winner is Kyle Larson. In the brief season so far, Larson has been arguably the hottest driver in NASCAR. The 5 car has five top-10s in six races, one win, and sits second in points. Larson has proven over the past twelve months to be an otherworldly talent on dirt. 2020 saw Larson win 46 times across a variety of series, cars, and tracks.

Much like Bell, Larson will put on a show. In three career Eldora Truck starts, Larson boasts a win (2016) and a runner-up. Endurance will surely play a factor though into who’s out front Sunday after 250 laps. The Elk Grove, Ca. native has been lights-out quick everywhere else this year, expect that to continue. The two-time defending Chili Bowl Nationals winner has to be thought of as a favorite.

With a race as uncertain as Bristol Dirt, why can’t it be a rookie’s first career win? 2018 Eldora winner Chase Briscoe is in his first year as a NASCAR Cup driver. So far has a best result of 18th at Homestead. Briscoe winning would be a bit of an upset, but his dirt racing pedigree is up there among Larson or Bell.

Much like Dillon, Briscoe raced on dirt before his asphalt career endeavors. The Mitchell, IN driver became the youngest-ever winner in a 410 sprint car at 17-years-old. Briscoe continues racing on dirt, both in a sprint and a midget, to this day. While not as heavy a favorite as Larson or Bell, do not count Briscoe out of the potential contenders or upsets for Sunday.

While he is making his Cup Series debut, Stewart Friesen should not be counted out as a dark horse. The Canadian dirt modified ace will pilot the Spire No. 77 in his maiden Cup voyage. Friesen, the most recent Truck Series winner at Eldora (2019), will be watched closely in both races this weekend. Friesen has been knocking on the door of another elusive victory all season long in the Truck Series. Bristol Dirt may be just what driver 52 needs to find victory lane again. Saturday will also be a unique circumstance for Friesen, as he will compete against his wife Jessica as a teammate in the Truck. As for Sunday, Friesen will be another entertaining driver to watch, as every lap will be a new experience for him in the Cup car.

Another driver with a storied dirt history, Ricky Stenhouse, Jr. is one to watch for Sunday. At 17th in points, Stenhouse is used to putting on a show both at Bristol and on dirt. The Olive Branch, MS. native has four top-fives and six top-10s at the Tennessee half-mile, including a second-place effort in 2016. Stenhouse’s dirt accolades are also numerous across many different disciplines, as he has wins in sprint cars and midgets.

Stenhouse has had several peaks at a breakout performance this season, but has yet to close the deal. The 47 car’s best finish is 11th at Las Vegas. A race on dirt at one of his favorite venues may just be what Stenhouse needs to help turn his season around.

To quote Murphy’s Law, “Anything that can go wrong, will go wrong.” This describes the 2021 season to date for Matt DiBenedetto and the Wood Brothers Racing team. ‘Matty D’ had his best result of the year last week in Atlanta with an 11th-place result. DiBenedetto grew up racing on dirt tracks throughout California with Kyle Larson. With this upbringing, he should have a bit of a positive outlook on the coming unknown of Bristol Dirt. Bristol is also one of DiBenedetto’s favorite stops on the circuit. ‘The Italian Stallion’ has two top-10s at Bristol, including his close runner-up in the 2019 Night Race. With his renowned history in dirt and his love for Bristol, DiBenedetto could be celebrating big on Sunday.

Another dirt ace in the field for Sunday, Tyler Reddick could pull off an upset and score his first career win. Reddick’s sophomore season has had few high points so far, but driver No. 8 enters Sunday confident. Reddick’s pre-NASCAR racing career consisted of all sorts of dirt vehicles. Reddick started his days in outlaw carts, but then graduated onto midgets, dirt late models, and sprint cars. Reddick still pursues some dirt competition today, similarly to Larson or Bell. With Bristol sure to go through several transitions, Reddick and his daring driving style could end up in the winner’s circle.

A very underrated driver so far this year and also on dirt, Alex Bowman could be a sleeper Sunday. While his three teammates have all won or had chances at a victory, the Ally 48 only has three top-10s. Bowman’s best finish of 2021 did come last week with a third-place result, so momentum could be on his side. Bowman also has a pair of top-10s at Bristol, coming in both 2018 races. With the dirt surface however, Bristol could be right up Bowman’s wheelhouse.

Bowman’s career started on dirt midgets, which he still occasionally races today. Alex Bowman Racing is a midget team currently fielded by the Arizona native. ABR competed in the 2021 Chili Bowl with C.J. Leary and Jake Swanson. Much like several aforementioned drivers, past dirt experience could help pay off with Bowman as he hunts to join his Hendrick teammates in the Playoffs.

The Food City Dirt Race is sure to be one of the most highly-anticipated races in recent NASCAR memory. Be sure to not miss a lap of action all weekend long on FS1 or FOX for both the Trucks and the Cup Series. The field of potential winners for Sunday is aplenty, can one of the above drivers pull off the victory?