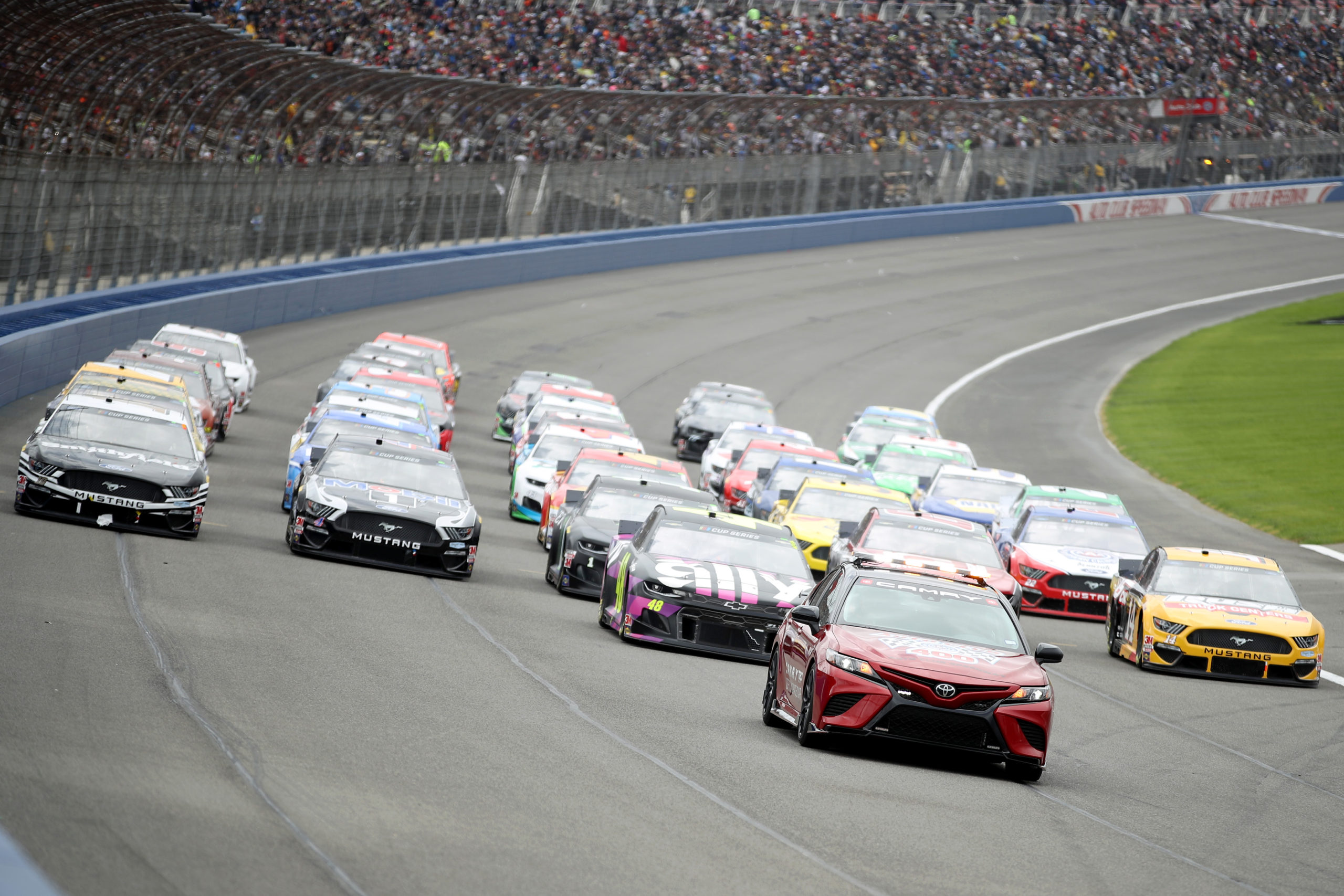 As a fallout from the current pandemic, one NASCAR venue will not be in the 2021 racing season. Slight tweaks are in place for the Cup, Xfinity, and Truck Series in the weeks following the Daytona 500. Ultimately though, each series will still have the same number of races.

Rather than hosting the Cup and Xfinity Series in late February, Auto Club Speedway will not host any NASCAR competition. This is due to intense COVID-19 restrictions California has in place. Rather than Auto Club, the Cup and Xfinity Series will run on the Daytona Road Course. This second Daytona weekend will immediately follow the 63rd annual Daytona 500. This revised schedule will also include the Truck Series for a tripleheader weekend on the Daytona Road Course. The second Truck race at Daytona comes from Homestead, which will now host just the Cup and Xfinity divisions on Feb. 27-28.

The Daytona Road Course, known for hosting the famed Rolex 24 Hours sports car race every year, made its NASCAR debut in 2020. This 14-turn, 3.61-mile circuit hosted all three divisions of NASCAR in August. These events also were in substitution for road course races at Watkins Glen. Oddly enough, all three NASCAR champions for 2020 won the three races at the Daytona Road Course. Sheldon Creed, Austin Cindric, and Chase Elliott all took their respective victories. The Daytona Road Course will also host the season-opening Busch Clash on Feb. 9.

What is the Future for Auto Club Speedway?

2021 was set to be a milestone year for California’s Auto Club Speedway. It was originally planned to be the last hurrah for the two-mile oval layout. This track will undergo renovation into a half-mile short track. With the farewell weekend put on hiatus for 2021, the reconfiguration plans will also be delayed one year.

Hopefully, 2022 will now be the final appearance of the big Auto Club Speedway. The debut for the short track will now be in 2023. 2021 will mark the first year NASCAR has not visited the Fontana, Ca. track since it opened in 1997. The most recent Cup Series winner at Auto Club Speedway is Alex Bowman, after his 2020 victory in March.

What These Changes Mean for 2021 Season

As a result of these schedule shakeups, the NASCAR Cup Series will now host seven road course races in 2021. Between both the Superspeedway and the Road Course, Daytona will also host seven NASCAR races in a two week period.

After the completion of the race weekend at Homestead-Miami Speedway, all three series will head to Las Vegas Motor Speedway, as originally planned. All of the aforementioned races will be on FOX Sports family of networks. Official start times and network listings will be public at a later date. Hopefully these will be the only schedule changes NASCAR will have to make for 2021 in response to the pandemic, but stay tuned for any other news.

What’s Left in NASCAR Silly Season?
Many Seats are Exchanging in the Xfinity Series for 2021
%d bloggers like this: