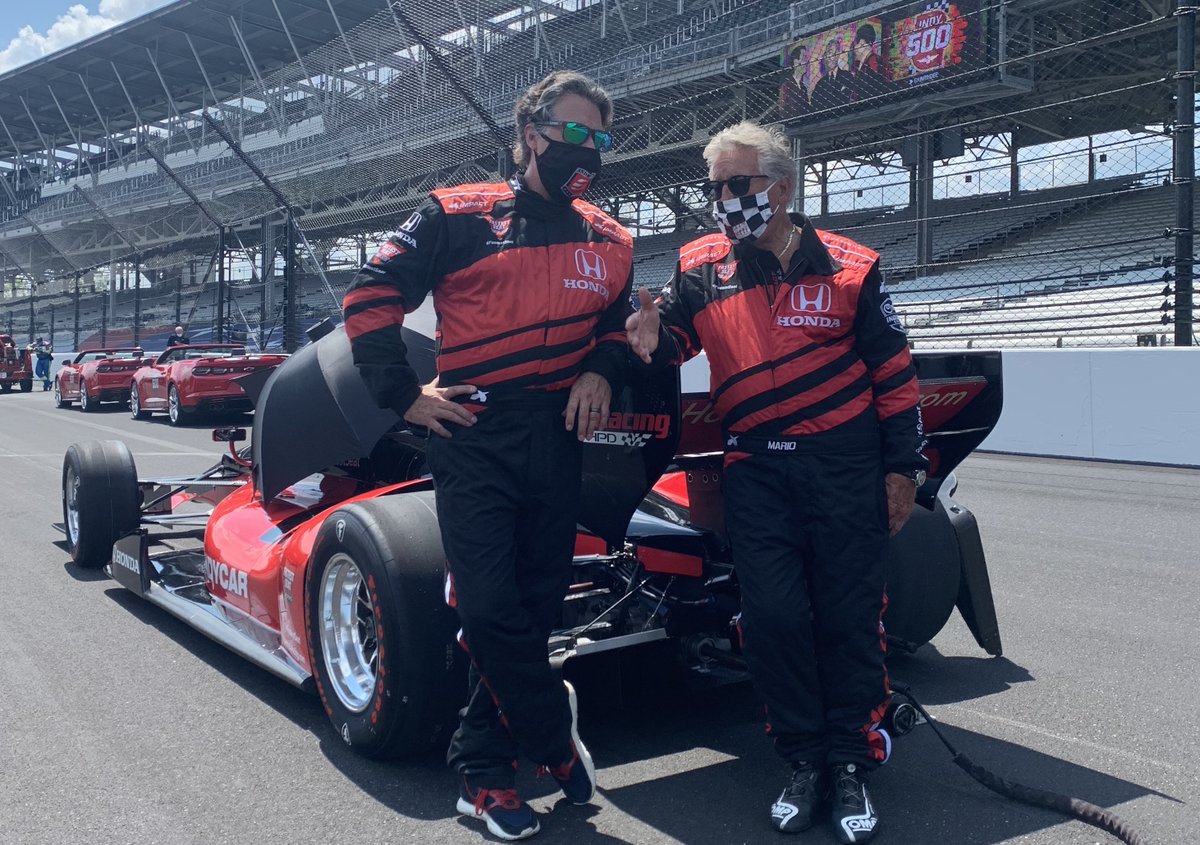 Motorsports legend Mario Andretti will be back behind the wheel of an IndyCar this coming Monday night. The 1969 Indianapolis 500 winner will go head-to-head with a few of racing’s best at the virtual Indianapolis Motor Speedway. In fact, Andretti will race at least three others that have found victory at The Brickyard. That list currently includes Kyle Busch, Bobby Labonte, and Max Papis.

Though Andretti will be the oldest driver in Monday night’s field at 80-years-old, you certainly can’t count him out. With an elite resume that includes winning in Formula One, World Sportscar Championship, IndyCar, and NASCAR, Andretti will do everything he can to add iRacing to that list.

Not His First Sim Racing Rodeo

One major thing Mario Andretti has going for him is this won’t be his first sim racing start. Back in May, Mario Andretti took to the virtual Indianapolis Motor Speedway road course in rFactor 2 amongst a stacked field of drivers.

Sharing the news on Twitter, Andretti said: “I’m in. This Saturday. Indy. I have a steep learning curve ahead of me. Trying to learn as quickly as possible. It’s been a long time since I was a rookie. I’ll just commit and hope I’m competitive.”

I'm in. This Saturday. Indy. I have a steep learning curve ahead of me. Trying to learn as quickly as possible. It's been a long time since I was a rookie. I'll just commit and hope I'm competitive. https://t.co/RwP2KB5m6Z

After being involved in a few incidents, Andretti would finish the race 19th, respectively. Following that race, he shared his thoughts on Sim Racing.

“I had a blast,” Andretti said. “Obviously, seemed like I was apart of every situation that was happening out there. Other than that, I thoroughly enjoyed it.”

When asked if he’d compete in sim races more often, Andretti spoke on getting more familiar with it.

“You never say never, you know. We have the rig here. I’d just like to get a little more familiar with it. It’s so different. What I have going against me is you drive it differently. You have to understand what the rig wants and what the sim likes. There’s a definite learning curve, no question about it.”

Where Can You Find Monday’s Race? Which Drivers Are In It?

In addition to the legend Mario Andretti, other drivers in Monday’s event include Kyle Busch, Bobby Labonte, Jeff Green, Bobby Hamilton, Jr., Ron Capps, Max Papis, and a few other names that haven’t been announced.

Other drivers participating include media members and industry personnel from different facets of Motorsports. This race will serve as the league’s championship event as four drivers battle for the Monday Night Racing championship.

You can watch all of the action Monday, September 28th on Podium Esports. Pre-race coverage begins at 7:30 PM ET with a green flag shortly after 8 p.m. ET.

About The Monday Night Racing League

The Monday Night Racing League is a sim-racing series created and run by Ford Martin and Paul Sutton. Both Martin and Sutton are graduates of High Point University that found careers within the NASCAR industry.

As season one comes to a close, you can view all of MNR’s season two events on Podium Esports and Flatout Racing Network beginning on November 16th with Cup cars at Talladega Superspeedway.