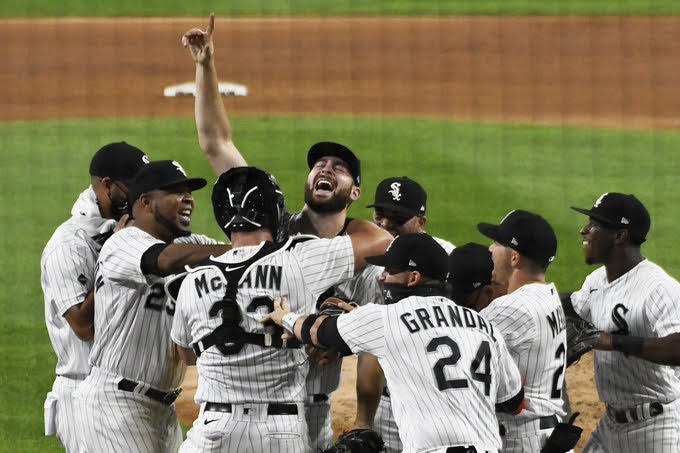 Last night, White Sox ace Lucas Giolito tossed his first career no-hitter against the Pirates. Giolito walked one batter and struck 13 over his dominant outing. The Pirates lone baserunner came in the fourth when Erik Gonzalez worked a walk.

After posting a 6.13 ERA back in 2018 (the worst among qualified starters), Giolito turned his career around last season. He posted a record of 14-9 with a 3.41 ERA and 228 strikeouts over 176 and 2/3 innings. In addition, Giolito was an All-Star and placed sixth in the AL Cy Young voting. He has continued to excel this season as after last night, Giolito is now 3-2 with a 3.09 ERA with 58 strikeouts over 43 and 2/3 innings.

Despite Lucas Giolito owning the night, the White Sox offense continued to produce. Adam Engel, Tim Anderson, Eloy Jimenez, and James McCann each had an RBI to contribute to Giolito’s dominance.

The White Sox now sit 18-12 on the year and are 1.5 GB in the AL Central. The White Sox were huge candidates for an underdog season in 2020. Should they continue this pace, they can be a real threat come October, and with Lucas Giolito on the mound, they can certainly make a deep run.

Mets Postponed Due To Positive COVID-19 Tests
Mets Fall In Double-Header Return Against Marlins
%d bloggers like this: