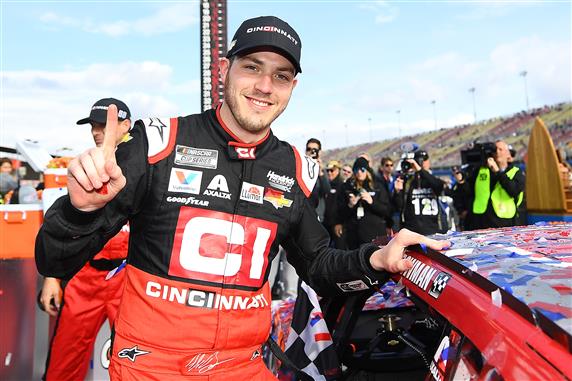 Alex Bowman will remain in the Hendrick Motorsports No. 88 Chevrolet. The Tuscon, Arizona native who has two Cup Series wins in the past year inked a contract extension with the powerhouse organization. Similar to his past two contracts with HMS, this extension is also a one-year deal. As a result, Bowman now has job security through 2021.

Pumped to lock down the contract extension for 2021! Couldn’t be more excited to return to @TeamHendrick next season and keep the good times rolling in the 88! Thanks for all the support, can’t wait to get to Darlington tomorrow. pic.twitter.com/b1YNHViR5n

After being tabbed as a substitute driver for Dale Earnhardt, Jr. in the second half of 2016, Alex Bowman was handed the keys to the 88 in 2018. In his first full season with Hendrick Bowman pointed his way into the Playoffs, and finished 16th in the championship. In 2019, Bowman earned his first career win at Chicagoland Speedway. Bowman’s second career win came earlier this season at Auto Club Speedway. Bowman’s win occurred just two weeks before the racing hiatus for the COVID-19 pandemic.

With his Auto Club win, Bowman is currently fourth in points. After his recent win, Bowman addressed his then-uncertain future with Hendrick, saying that “every year is a contract year.”

The 27-year-old qualified third for the California race. He would go on to lead 110 laps, and also beat Kyle Busch to the checkers by almost nine seconds. With that kind of speed and performance, Bowman could make a deep run in this year’s Playoffs. If the Auto Club win was a sign of things to come, then Bowman has a bright future.

Alex Bowman also won a race in the iRacing Pro Invitational Series during this break, as he took the victory at Talladega.

Bowman hopes to get his season restarted with the speed and execution the 88 team had prior to the pandemic. Bowman will start second in the Real Heroes 400 from Darlington on Sunday, alongside Brad Keselowski. Television coverage will be on FOX at 3:30 PM EST.