Kobe Bryant, Passes Away at 41 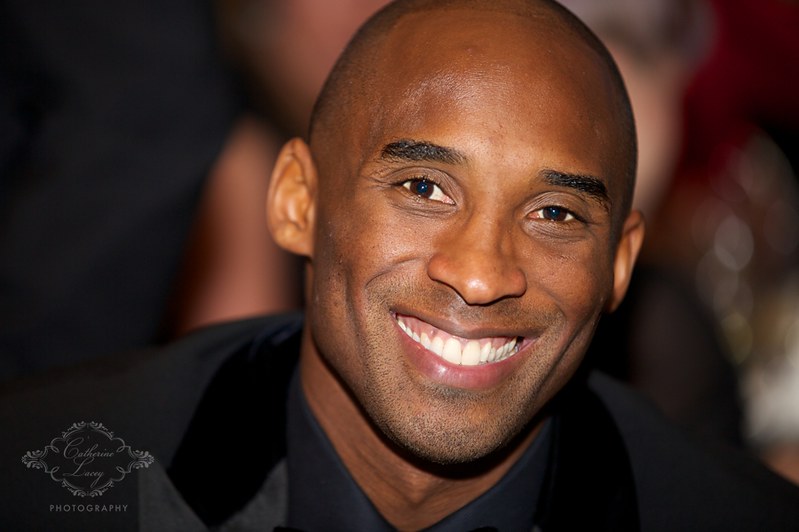 Kobe Bryant, Passes Away at 41

NBA legend Kobe Bryant passed away tragically Sunday morning; after the helicopter, he and his daughter Gianna were riding in crashed on a hillside in Calabasas, CA. He was 41 years old, his daughter was 13. The father and daughter were taking a helicopter ride with friends when the crash suddenly happened at 10 a.m. PT.

Los Angeles County Sheriff Alex Villanueva did not confirm the identities of the other victims in the crash, however, TMZ was the first to report that it was, in fact, Bryant that was one of the victims of the crash. News that the County Sheriff’s Office did not want to disclose publically until relatives of the victims were notified.

Bryant’s passing shook the world, as everyone from Micheal Jordan to Derek Jeter sang Bryant’s praises as an athlete and all-around good person. WWE sent their condolences to the families affected by the crash during last night’s Royal Rumble event.

The group was headed for Bryant’s Mamba Sports Academy in Thousand Oaks, CA for a basketball match that Gianna would play in. Kobe was the coach of her team.

Kobe made it a habit to ride helicopters to get around as a means to avoid the congested L.A. traffic; but also as a means to spend more time with his family. This is according to a report by Daily Telegraph.

“Black Mamba” played the entirety of his NBA career with the Los Angeles Lakers; after having been drafted by the Charlotte Hornets in the 1996 NBA Draft. He would be traded to the Lakers during the time when the team was looking to trade center Vlade Divac.

He would make his debut during the 1996-1997 season, mostly coming off the bench, but would eventually be moved as a starter. Bryant became the youngest slam dunk champion in 1997’s slam dunk contest at age 18. His season performance would also land him on the NBA All-Rookie second team with then-teammate Travis Knight.

It would be in his second season that he would make the All-Star team as a starter, finishing as the runner-up for the NBA “Sixth Man of the Year” award. By the third season, he became a household name, as he would be a permanent starter for the lockout-shortened 50-game season.

The Lakers would make the playoffs that season, but were swept by the San Antonio Spurs in the Western-Conference Finals.

The Lakers would see success after Phil Jackson took over as coach in 1999, where he would lead Kobe and the team to three consecutive NBA Championships. From the ’99-’00 season to the ’01-’02 season, The Lakers were the premiere team to beat.

During the 2002 NBA Finals, he averaged 26.8 points, 5.8 rebounds and 5.3 assists per game against the New Jersey Nets. The team would not see the same success for the next few seasons.

Around the time of the ’03-’04 season, Bryant was arrested after allegations of sexual assault were brought against him.

Bryant was arrested during the summer of 2003 after allegations of sexual assault arose. A 19-year old hotel worker claimed that Bryant accosted her during his stay at The Lodge and Spa at Cordillera in Eagle County, Colorado. He was at the Lodge because he would have knee surgery the next day.

The woman accused Bryant of assaulting her in his hotel room the night before the surgery; however, Bryant admitted to sexual intercourse with the woman, citing that he thought it was consensual. He denied the encounter was an assault.

The accusation did damage to Bryant’s reputation, as he lost endorsements and his jersey sales fell significantly. The assault case would eventually be dropped by September 2004; as the accuser refused to testify in court. Bryant would later give a public apology, saying:

“Although I truly believe this encounter between us was consensual, I recognize now that she did not and does not view this incident the same way I did. After months of reviewing discovery, listening to her attorney, and even her testimony in person, I now understand how she feels that she did not consent to this encounter.”

A civil suit would soon follow, where both sides would eventually settle outside of court.

Many of Bryant’s friends and fans took to social media to express their heartache over the loss of Kobe and Gianna. NBA legend Micheal Jordan said via tweet:

“Words can’t describe the pain I am feeling. I loved Kobe — he was like a little brother to me. We used to talk often, and I will miss those conversations very much. He was a fierce competitor, one of the greats of the game and a creative force.”

Former teammate and good friend, Shaquille O’Neal expressed his sadness over the loss of his friend and his niece:

There’s no words to express the pain Im going through with this tragedy of loosing my neice Gigi & my brother @kobebryant I love u and u will be missed. My condolences goes out to the Bryant family and the families of the other passengers on board. IM SICK RIGHT NOW pic.twitter.com/pigHywq3c1

Los Angeles Mayor Eric Garcetti shared the emotion of the city in their loss, saying:

“Kobe Bryant was a giant who inspired, amazed, and thrilled people everywhere with his incomparable skill on the court — and awed us with his intellect and humility as a father, husband, creative genius, and ambassador for the game he loved. He will live forever in the heart of Los Angeles, and will be remembered through the ages as one of our greatest heroes.”

President Donald Trump tweeted his condolences on the tragedy, saying that:

“despite being one of the truly great basketball players of all time, (Bryant) was just getting started in life.”

The feeling of loss was one felt across the world. Some NBA games that were scheduled for Sunday were canceled in remembrance of Mamba.

During Monday’s games, teams across the league paid tribute; by starting the game off with the home team taking an 8-second backcourt violation, followed by the away team taking a 24-second shot clock violation, in tribute to both of Bryant’s jersey numbers.

We here at TSJ101Sports.com would like to formally extend our heartfelt condolences to the families of Kobe and Gianna Bryant, John, Keri, and Alyssa Altobelli, Christina Mauser, Sarah and Payton Chester, and pilot Ara Zobayan.