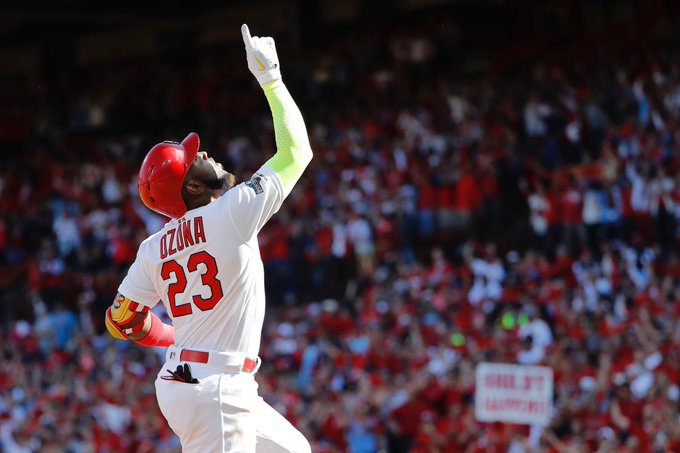 Earlier today, the Atlanta Braves signed outfielder Marcell Ozuna to a one-year contract. The deal is worth a reported $18 million. After spending the past two years in St. Louis, Ozuna will take his talents back to the NL East (he played the first five years of his career in Miami). The 29-year-old slashed .241/.328/.472 with 29 homers, 89 RBIs, and 80 runs scored.

The two-time All-Star also played a huge role in the Cardinals playoff run this past season. Ozuna hit .429 while slugging .857 with two homers, and five RBIs against Atlanta in the NLDS.

What Does Ozuna Bring To Atlanta?

The Braves have certainly been one of the busier teams this offseason. While adding to their bullpen and rotation, Atlanta also adds some power to their outfield. He will join an outfield of Ronald Acuna Jr. and Ender Inciarte as Atlanta looks for a third straight division crown. Ozuna’s offensive production is another lethal weapon in their already dangerous lineup. He also fairs very well when playing against the NL East where the Braves will play the majority of their games in 2020.

The Braves are showing no signs of slowing down in their run to get back to the World Series. Along with the Mets, Phillies, and Nationals making more additions, the NL East is shaping up yet again to be one of the most exciting divisions in baseball.

Larry Walker Finally Gets The Call To Cooperstown
Mets To Hire Luis Rojas As Their New Manager
%d bloggers like this: