Larry Walker Finally Gets The Call To Cooperstown 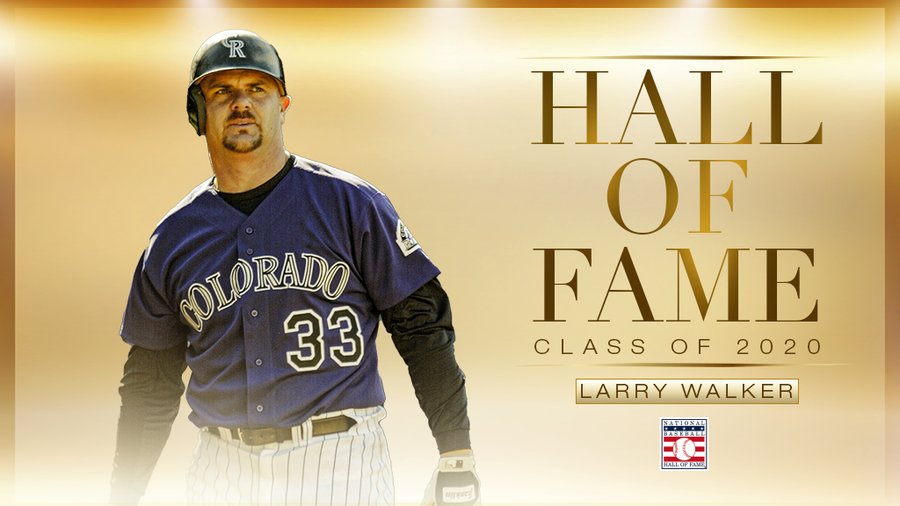 Larry Walker Finally Gets The Call To Cooperstown

In his 10th and final year on the ballot, Larry Walker is finally getting the call to Cooperstown. While earning 76.6% of the votes, Walker will join Yankee Captain Derek Jeter on the big stage this summer. Walker is heading to the Hall of Fame with an MVP Award, seven Gold Glove Awards, three Silver Sluggers, three batting titles, and five All-Star appearances. He is also just seventh player in MLB history to get into the Hall of Fame in their final year on the ballot.

Walker By The Numbers

Throughout his 17-year career, Walker spent time with the Expos, Rockies, and Cardinals. Saving some of the best moments of his career for Colorado, Walker’s selection came with some debate with Coors Field giving him an “unfair advantage.” Those arguments were put to rest as Walker produced offensively both in and out fo Coors Field.

Along with being just the second Canadian-born player to be inducted, Walker will join Jeter, catcher Ted Simmons, and executive Marvin Miller this summer to be enshrined into baseball immortality.