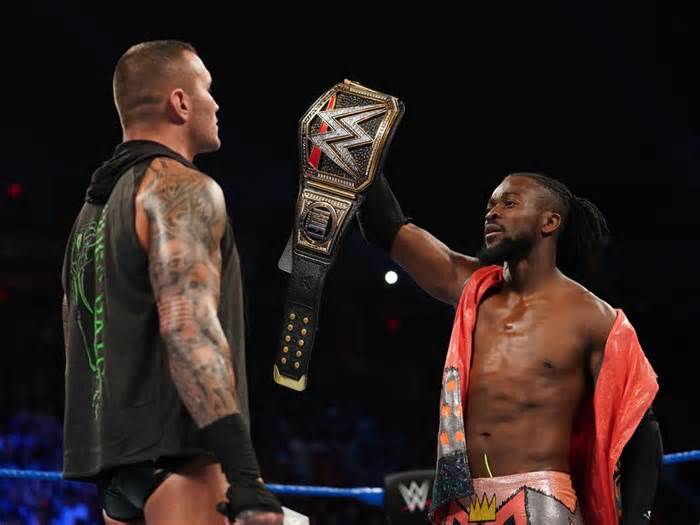 2019, a wild and crazy year that saw many ups and downs for sports. Wrestling in 2019 was no different, from the opening of AEW to the controversy surrounding WWE’s affiliation with Saudi Arabia; there was no shortage of the odd, the shocking and the eye-opening.

We saw the reemergence of Bray Wyatt and his newest persona, The Fiend; a persona that took Wyatt to his second world championship, the Universal Title. 2019 saw a steady decline for Ring of Honor, only for it to close out the year strong.

New Japan Pro Wrestling made waves in 2019, due in part to some talents leaving WWE; but also in part to take some huge risks with potentially grand payoffs. Opening their NJPW of America branch in late 2019, throwing their name in the hat to compete for brand supremacy in the US market along with AEW and WWE.

The business took some fairly interesting turns during the year, some good, and others?…

Cringe-worthy, to say the least.

I think one of the best things to come out of 2019 was Roman Reigns. Returning to WWE in February after having to take a leave in October of 2018, due to a leukemia diagnosis; “The Big Dog” returned to the company on the February 25th edition of Monday Night Raw to let the fans know that he was in remission.

From there, he would take the place of the face of the company, along with another fan favorite, Becky Lynch.
Embed from Getty Images
“The Man” has had some not only notable feuds, both good and bad but, she has also had a mostly dominant run during last year; which saw her fight the likes of Sasha Banks, Natalya, and Lacey Evans. Although, that feud with Evans… I’ll get back to that.

Jushin Thunder Liger and the final year of his career saw him wrestle some quality matches, but also saw him having a lot of fun along the way. The legend, who is set to retire this week at Wrestle Kingdom 14, wrestled his final match on American soil in November, as he teamed with Aaron Solow (WWE SmackDown Women’s Champion Bayley’s hubby, by the way) against Toru Yano and Colt Cabana in a losing effort.

Jon Moxley returned to the independent and international circuits, after a lengthy stay in WWE as Dean Ambrose. Moxley would make a splash in a HUGE way by beating Juice Robinson for the IWGP United States Championship at “Best of the Super Juniors”. He would soon after join AEW, making a huge statement at “Double or Nothing” by attacking both Chris Jericho and Kenny Omega.

If this is to be an honest entry; the opening and eventual commercial television debut of All Elite Wrestling deserves to be mentioned here. The company, which has divided fans in the IWC, has had quite the year, with highs and lows alike. But, the company is still in its infancy and having only
Embed from Getty Images

Impact Wrestling has greatly improved on what was hindering it in the 2010s; they have been teasing a first for the company throughout the latter half of the year. That being their first female World Heavyweight Champion. Tessa Blanchard had been on a tear throughout 2019 and by year’s end; was considered a major threat to Sami Callahan’s World Championship.

Huge powerhouse companies like Major League Wrestling and the legendary National Wrestling Alliance brought wrestling back to its roots; with MLW gaining in popularity towards the middle of the year, while the NWA regained its relevance once again with the debut of Powerr.

Okay, okay, maybe I should provide a little context, but, MJF had essentially become the heel of 2019. Sure, there were others, like AEW World Champion Chris Jericho, “The Bastard” PAC, and such. MJF, however, stood above the rest, and you can look no further than his run in both AEW and MLW.

Okay, The last of the Good…

Women’s wrestling has also seen greater heights in 2019, as the focus has been on developing a division that can not only compete with but also share the spotlight with the men’s divisions in each company. Companies like Stardom and WOW continue to showcase great stars who will be major names in the years to come.

NXT dominating both Raw and SmackDown in their first appearance at the Survivor Series… ‘Nuff said.

Kofi Kingston, one of those feel-good stories for 2019, having finally won the WWE Championship 13 years after debuting for the company under the WWE-ECW brand. He was posted as a last-minute replacement after Mustafa Ali suffered an injury weeks before the Elimination Chamber Pay-Per-View. After a losing effort at Chamber, he would be put in a gauntlet match that would see him win, only to lose to Daniel Bryan. But, he would get redemption by winning the WWE Title at WrestleMania.

The 24/7 Championship, which evoked the old 24/7 rule from WWE’s former Hardcore Championship. It finally gave a chance for the mid-card talent who wouldn’t normally be given a major title run a chance to shine. R-Truth is G.O.A.T. in that division, by the way.

Homicide announcing that 2019 would be his last year as an active performer, after a 25-year run that inspired a generation. Hell of a performer.

I don’t think we have to mention Saudi Arabia here, but, we are going to mention it. Since signing the 10-year, multi-million dollar deal with the Kingdom of Saudi Arabia, WWE has had to deal with the animosity and judgment of fans and political officials alike. It didn’t help its case that they decided to go through with the first Crown Jewel event; following the revelations behind Jamal Khashoggi’s murder at the hands of the Saudi Government in 2018.

Not to mention the government’s actions against the LGBTQ+ community, as well as their treatment of women. Just a bad deal all around.

And, while we are on the subject of WWE, several talents have asked for their releases over the course of the year; from Luke Harper, who was finally granted release in late 2019, to Sasha Banks, who took time off before returning. Mike Kanellis and The Revival also requested releases, as well as Rusev and Lana.

Jon Moxley’s MSRA infection was one that cost him much more than a pay-per-view payday. At the time of the diagnosis, he was the IWGP United States Champion. He would have to relinquish the title; due to a monsoon preventing flights to Japan. It was a month-long healing time needed.

Remember how I mentioned Kofi Kingston and his monumental rise to the WWE Championship? 7 seconds, that’s literally all it took Brock Lesnar to take the title from Kofi.

There was the feud, the one mentioned in “The Good” list, the one mentioning Becky Lynch and Lacey Evans. Now, both competitors are very talented, not to take away from their in-ring ability. However, the feud highlighted some limitations that both Lynch and Evans had. Nothing that couldn’t be fixed, but by the time it was, it didn’t matter.

Lynch was still the top woman of the company, and plans for Evans were soon being changed.

Can we talk about the Jordan Myles situation? Because it was a confusing one, to say the least. When he gained a fair amount of popularity, WWE officials brought him a design which he wasn’t exactly comfortable with. But, he agreed to it, thinking it would be printed on a white tee. It wasn’t.

It was printed on a black background, evoking the “blackface” look from America’s more troubled past.

Jim Cornette, who normally wouldn’t feature in a list of anything bad about wrestling… Ugh, okay, so he said something during an NWA broadcast that, if it were the 1980s, would have flown under the radar. But, since we are in a day and age where racism isn’t tolerated, his comment about Trevor Murdoch’s toughness wasn’t exactly politically correct.

“He’s the only man I’ve ever known that can strap a bucket of fried chicken on his back and ride a motor scooter across Ethiopia.”

Cringe-worthy. There’s more, just as bad, but, we aren’t going to go into that. It’s just that much more cringe-worthy.

It’s worth noting that Enzo Amore and Tama Tonga have had a long-standing real-life feud since 2016. The feud saw them mostly go back and forth online, however, their barbs were nothing short of harsh.

That Hell in a Cell match… You know the one, the one that everyone thought would lead to a double-turn. The match between then Universal Champion, Seth Rollins, and “The Fiend” Bray Wyatt. The bout that saw a ref stoppage… In a Hell in a Cell match… A match made famous by Mick Foley and The Undertaker, where Foley was thrown off and through the cage. And didn’t stop the match.

Let me end this list here because I can feel the grays growing in from having to talk about the ugly, heh. But also, because if I keep going, this is going to be a long list. But, what do you think? Do you think I got everything? Did I miss anything that should be on here? Let me know in the comments below (hit the comment button), or hit me on social media.