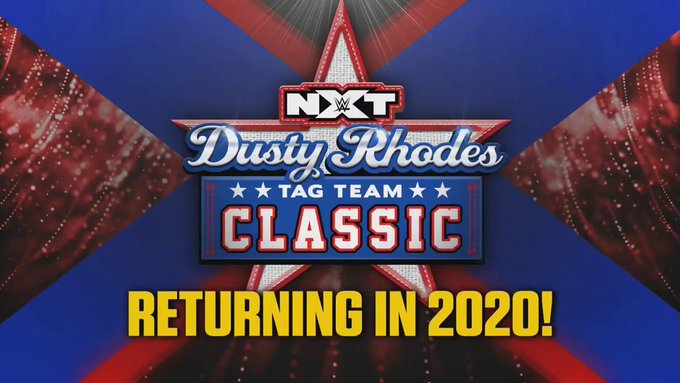 NXT looks to kick-off 2020 in a big way, as the Dusty Rhodes Tag Team Classic has been announced. While no set date or time has been announced; Mauro Ranallo announced on this week’s episode that on the January 1st episode, the tournament details will be revealed.

The teams will be announced on the New Year’s Day edition of #WWENXT. pic.twitter.com/VpSLwgHQxx

The Dusty Classic has been a marquee event for the NXT brand; starting in 2015, it has been a fan favorite that has delivered time and time again. And a good number of the winners from the past have gone on to become major names in the company. From the 2015 winners of Finn Balor and Samoa Joe to the 2016 winners The Authors of Pain; 2018 saw Adam Cole and Kyle O’Reilly of the Undisputed Era win, and this year saw Ricochet and Aleister Black win.

With the Undisputed Era holding the NXT Tag Team Championships, and NXT having moved to commercial television; it looks possible that the tournament will bring in a bigger audience to the promotion.

Look for a greater focus on the brand’s tag team wrestling in the coming weeks.